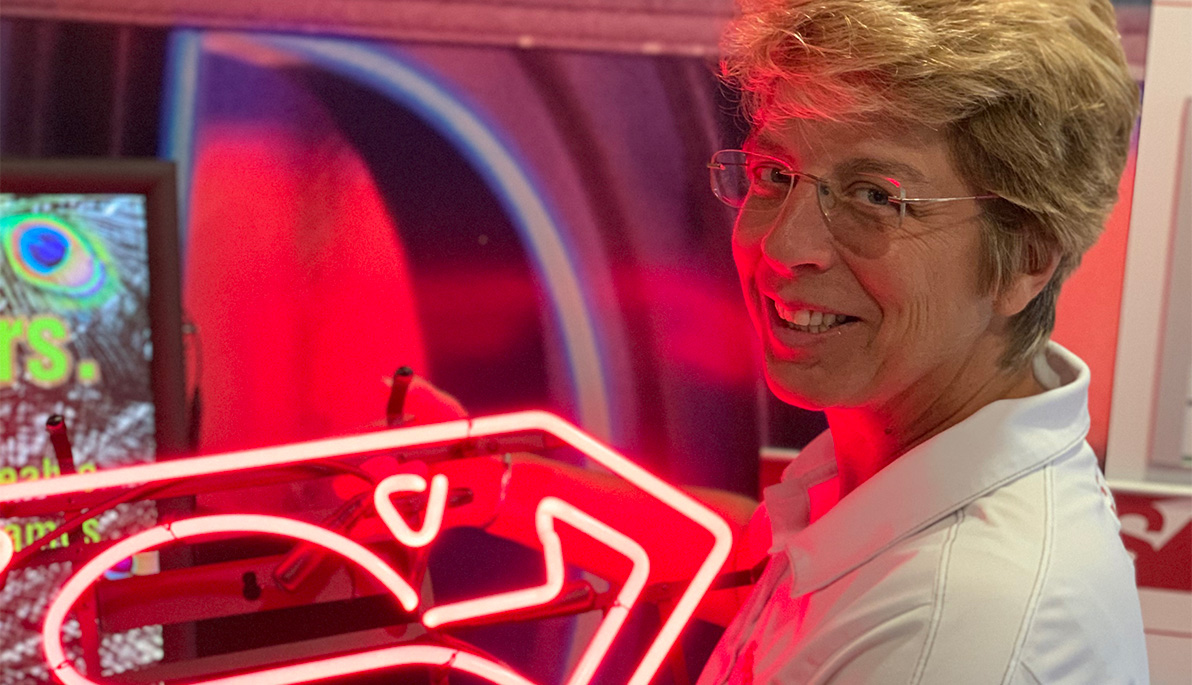 Dawn Ziccardi Tiritter-Bent (B.F.A. ’87) knows a good sign when she sees it. As president of Signarama Huntington NY, she manufactures signs for corporations, realty holding companies, franchise systems, and retail chain outlets out of her 25,000-square-foot facility in Huntington Station, N.Y.

Since starting Signarama in 1988, the company has received many awards and recognitions, including twice being named to Inc. Magazine’s Top 5000 Fastest-Growing Private Companies in America and the IFA (International Franchise Association) Franchisee of the Year. In June 2021, Tiritter-Bent was presented with the Signs of the Times 2021 Women in Signs Award. “This award is most heartfelt as it directly relates to my industry accomplishments,” she says.

She credits New York Tech for giving her the foundation on which to build her career. “The skills I acquired at New York Tech have served me throughout my professional career,” she says. Tiritter-Bent sat down with The Box to talk about her time at New York Tech and how she started her company.

What drew you to New York Tech?
In the 1980s, when I was researching colleges, New York Tech was at the forefront of the computer graphics industry, which was just getting started. The coursework and the lab, which were run by Peter Voci at the time, were exactly what I was looking for. The New York Tech faculty were amazing. I was able to spread my wings and explore photography, drawing, painting, and art history.

Looking back, what were some of the highlights for you as a student?
I found that individualism was a common thread throughout the program. Students were afforded opportunities to explore coursework outside their comfort zone. Professors were willing to work one on one to enable us to reach a higher level of achievement.

Tell us about your career.
My career began as a designer for Computer Associates. While I learned a lot in that environment, I had the entrepreneurial “bug” and wanted my own business. In 1988, at 21, my brother, Michael Ziccardi, and I partnered with Signarama Franchising. We were one of only a few franchisees at that time, and we have spent the last 33 years growing our company to one of the largest Signarama locations in the world.

In addition, we also provide the full array of sign service, maintenance, and rigging (scaffold and crane).

What accomplishments in your career are you most proud of?
While I enjoy receiving awards, I embrace working as a mentor to both our fellow franchisees and our employees. Just as my professors helped to elevate me to my highest potential, I hope to be able to pay it forward to those coming up in our industry.