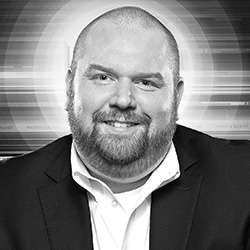 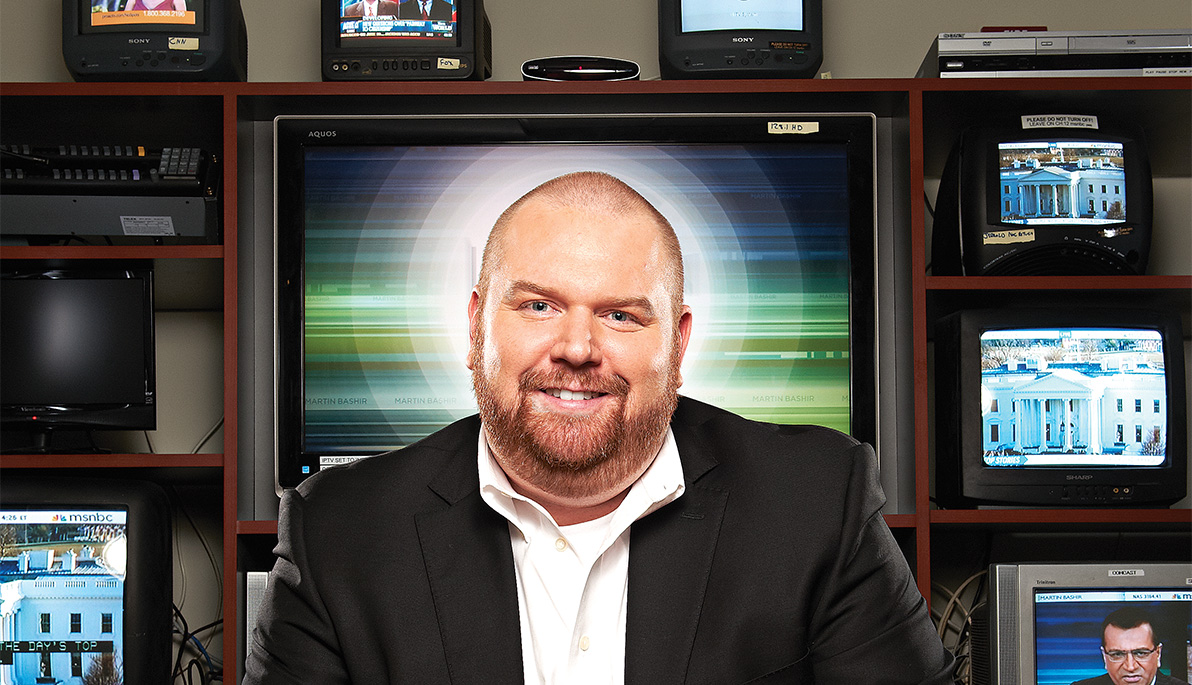 From Behind the Scenes and Into Your Screens

Finley’s mother made sure of it—she turned on the TV each evening to watch the renowned newscaster on ABC’s World News Tonight, serving the teenage Finley a full plate of network news as the family settled into their meal.

Two decades later and a world away from Streetsboro (population: 16,000), Finley is an energetic New York City-based journalist, with an Emmy and three Peabody awards recognizing his work as an editorial producer of breaking news, political campaign stories, and in-depth journalism.

At Kent State University, Finley enrolled in a few radio and television courses, but he didn’t decide to pursue his passion in earnest until after graduation.

“I did a lot of self-reflection in terms of what I wanted to do with my life, and I came to the conclusion that I really enjoyed media,” says Finley, who chose New York Tech’s graduate degree program in communication arts because of its small classes and technology-based learning. “The professors had hands-on experience and gave us the nuts and bolts of what we really needed to know in terms of walking into a newsroom or a PR firm. I felt prepared and competitive.”

Through New York Tech’s Office of Career Services, Finley secured internships, including at PBS’ In the Life, where he was hired following graduation. Three years later, he began working as an editorial producer for the Nancy Grace Show and later, for shows with CNN’s Anderson Cooper and Campbell Brown.

“It’s an issue that I take very seriously,” says Finley, who acknowledged that he was bullied in middle school “Every kid has experienced bullying to some degree—whether they’ve been on the receiving end or have been the bully. Sometimes they’re both. We wanted to go behind the headlines to look at why bullying really happens.”

The program included a Town Hall broadcast at Rutgers University, the scene of a high-profile suicide of a gay student who had been secretly videotaped in his room by another student. The show also commissioned a study on bullying patterns and included interviews with students from a high school that prohibited its teachers and counselors from acknowledging threats to gay students.

“You send your kid off to school not to be bullied but to be educated,” says Finley. “I’d like to think we’re becoming aware of it because of media attention. It’s something that’s never going to be cured overnight. When you do shows like we did or hear continuous stories, we hope it maybe helps educators to be more proactive and parents to know what their kids are doing.”

Another memorable project involved in-depth reporting on the 2010 Deepwater Horizon disaster in the Gulf of Mexico. The coverage earned CNN a Peabody Award for broadcasting excellence.

The work was nothing like it was depicted on the premier of Aaron Sorkin’s The Newsroom, the HBO drama about a fictional news show.

“They solved the BP oil crisis in one episode,” he says. “I got a good laugh about that. We spent months on that story.”

A year after the bullying special aired, Finley’s hometown newspaper in Streetsboro featured a photograph of him kissing his golden Emmy statue. Despite the joy he felt after earning one of his industry’s top accolades, Finley notes that winning awards is not what motivates him to pursue greater success.

“It really is about the work,” says Finley, who considers himself a journalist first and TV producer second. “It’s just about doing what makes you happy and what your passion is—and making sure it’s fulfilled.”