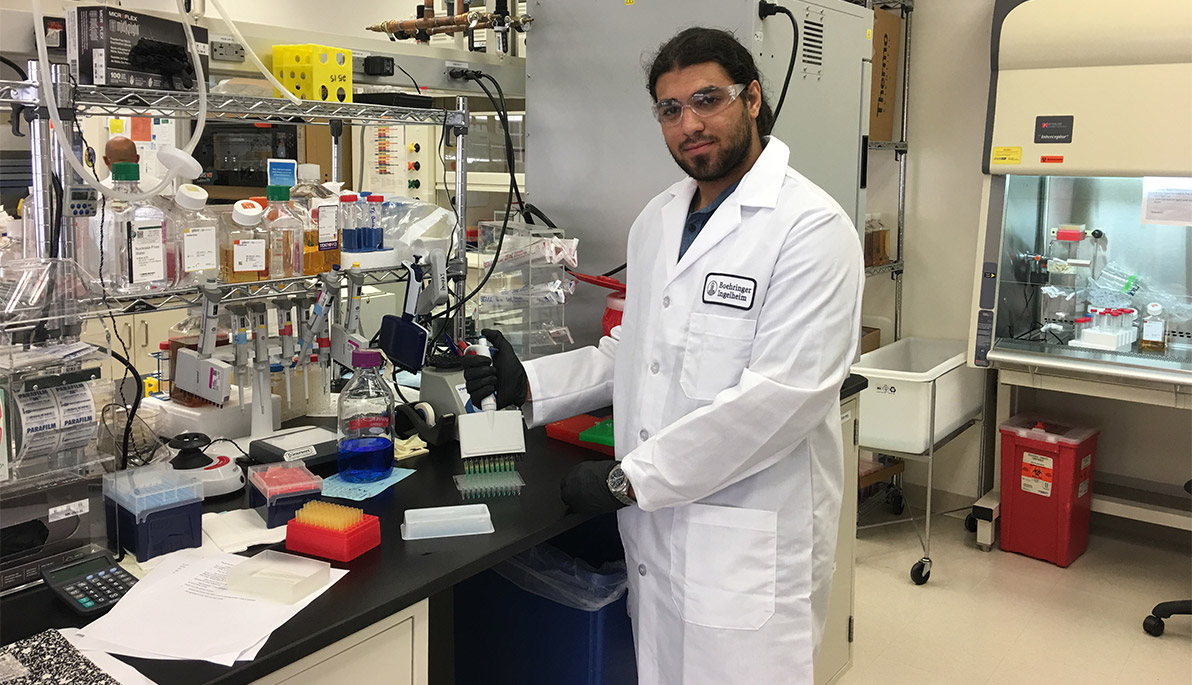 One might say that biology major Abdel Soliman is ambitious—he began his college career at the age of 16 and taught himself several computer languages. He also knows how to get his foot in the door. “Most opportunities, such as internships and research, are only available if you ask for them,” he says. That’s why he advises incoming students to be assertive from the moment they begin classes.

His own assertiveness has certainly paid off. Soliman has received several scholarships and grants, but says that being a student at NYIT is what has made the biggest difference when it comes to his success. “The biology department always offers to help students with various issues such as registration or classes,” he explains. “Being in such an environment helps many students like myself keep their GPA up.”

His professors also encouraged him to apply for a prestigious internship with Boehringer Ingelheim, one of the world’s largest pharmaceutical companies. He put his résumé together and his friends and professors helped him prep for the interview. Ultimately, he got the gig.

“This experience has been one of the best that I have come by,” he says of the internship. “Working in the industry puts a different perspective on understanding biology.” As an intern scientist, Soliman is working on genetic engineering and has been tasked with humanizing and engineering lambda antibodies. “I am to create a phage-based vector of several lambda antibodies,” he explains, adding that he is thrilled to have the opportunity to work at such a well-known company. “Working for a pharmaceutical company can be both challenging and fun. Like all things, it gets easier with time.”

Now that he is starting his fourth year at NYIT, he is thinking more and more about the future. He hasn’t quite settled on what he would like to do post-graduation, but he has a couple of ideas. “My career goals have always been to work in the field of science,” he said. Two options he has in mind are a career as a scientist and continuing to work on projects (like the ones he’s part of at Boehringer Ingelheim) or applying to medical school and discovering new areas in science through medicine.

But no matter which path he chooses, he is confident that he will find success. “Everything has been rewarding in its own way, from getting this great opportunity to doing research part-time in school,” he says. “I have learned so much over the past few years, and everything I have gained is sure to help me in the future.”