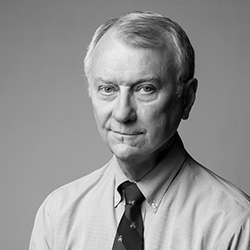 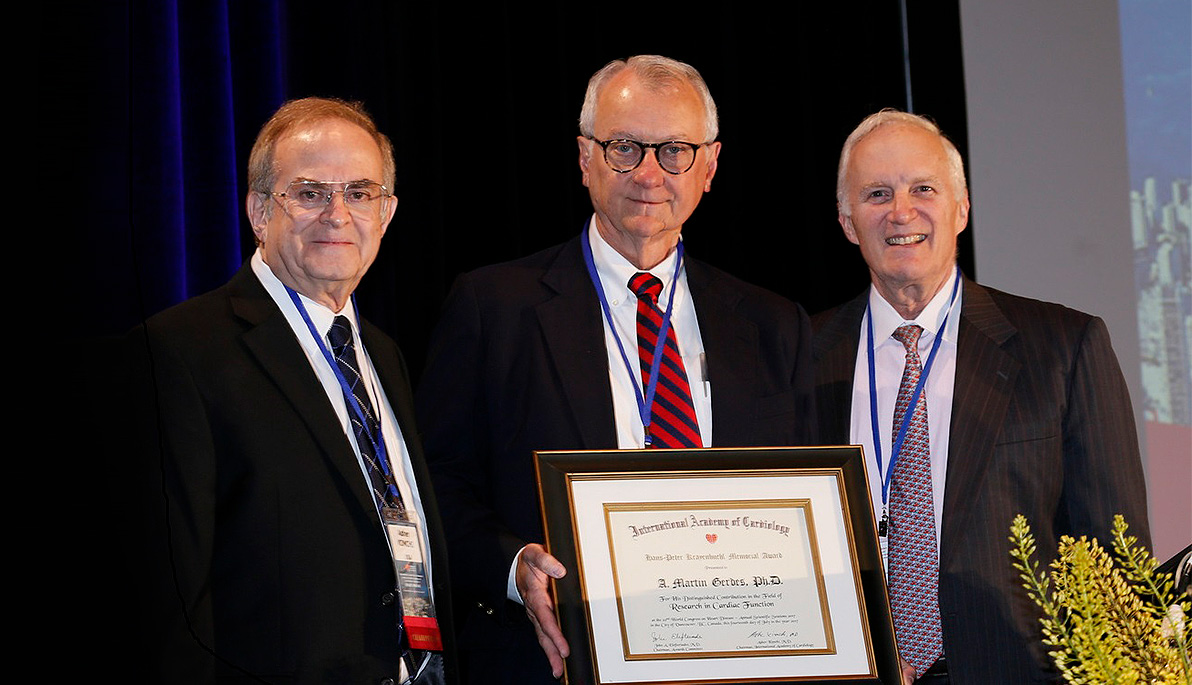 More than five million Americans suffer from heart failure, a condition that occurs when the heart can’t pump enough oxygen and blood through the body to support other organs. As a young researcher studying heart disease, A. Martin Gerdes, Ph.D., was frustrated by the lack of understanding in his field about how heart failure and other cardiovascular diseases impacted the structure of the heart at the cellular and molecular level.

“The main theory explaining cardiac dilatation in heart failure out there at the time made no sense with regard to how the heart changed at the cellular level,” he says.

Gerdes set out to find the answers. Over his 30-year career, his research has contributed fundamental understanding to how heart muscle cells respond structurally to virtually every condition, from normal aging to heart diseases such as hypertension and cardiomyopathy. Congestive heart failure, for example, causes an oversized, dilated heart. The heart gets bigger and bigger as it gets congested with blood, causing stress to the heart walls and increased resistance to blood flow. Through his research, Gerdes found that heart chamber dilation in congestive heart failure was caused by an excessive lengthening of heart muscle cells, rather than slippage of these cells past one another, as was previously believed.

“My approach to science has been to tackle questions I thought I could answer definitively in my lifetime,” says Gerdes, who has received more than $30 million in National Institute of Health (NIH) funding, authored 120 papers, and serves on seven editorial boards. “I want to do work that gives us important information we can use.”

Now, Gerdes has been honored for his contributions to heart disease research with two highly esteemed honors. In July, he was presented with the Hans Peter Krayenbuehl Memorial Award from the International Academy of Cardiology, presented at the 22nd World Congress on Heart Disease in Vancouver, which recognizes his longtime dedication to structural remodeling of the heart related to function. And in September, Gerdes will be elected as a Fellow of the International Academy of Cardiovascular Sciences, a distinction limited to 250 individuals at any given time. This includes global leaders in cardiology, cardiac surgery, cardiac electrophysiology, and basic cardiac research.

Before coming to NYIT College of Osteopathic Medicine (NYITCOM) in 2011 as professor and chair of biomedical sciences, Gerdes was founding director of the Cardiovascular Research Institute in Sioux Falls, S. D. “I was looking at multiple opportunities and just fell in love with this place,” he says about being recruited to NYITCOM. “It was a perfect match to partner with administrators who want to improve research while at the same time create a research model that is respectful of young people in science.”

Gerdes’ work has also uncovered an important role for thyroid hormones in heart disease, suggesting that restoration of normal hormone balance in the heart has great potential in the treatment of heart diseases affecting humans. Several clinical studies have shown a link between increased mortality and low thyroid function in heart failure. At NYITCOM, under a five-year, $1.8 million NIH grant, Gerdes has used animal models (rats ) to study how to treat heart failure with thyroid hormones. His results demonstrate remarkable treatment benefits in myocardial infarction, diabetes, hypertension, and idiopathic dilated cardiomyopathy. Gerdes’ research, as well as  studies by a growing number of other scientists around the world, indicate there is an urgent need to reassess the current aversion to the use of thyroid hormones in heart patients.

“Unfortunately, medical opinion on thyroid treatment for human patients with heart disease is largely shaped by outdated studies that used toxic doses of thyroid hormones,” says Gerdes. “Our animal studies show the effect of safe doses—doses that are so tiny, they don’t even raise serum levels but completely prevented all heart disease in some cases. It’s very likely such improvements will occur in human hearts too, but we need clinical trials to provide clear evidence,” he says. “I’m pretty optimistic that before I’m done this will be routine cardiology treatment.”