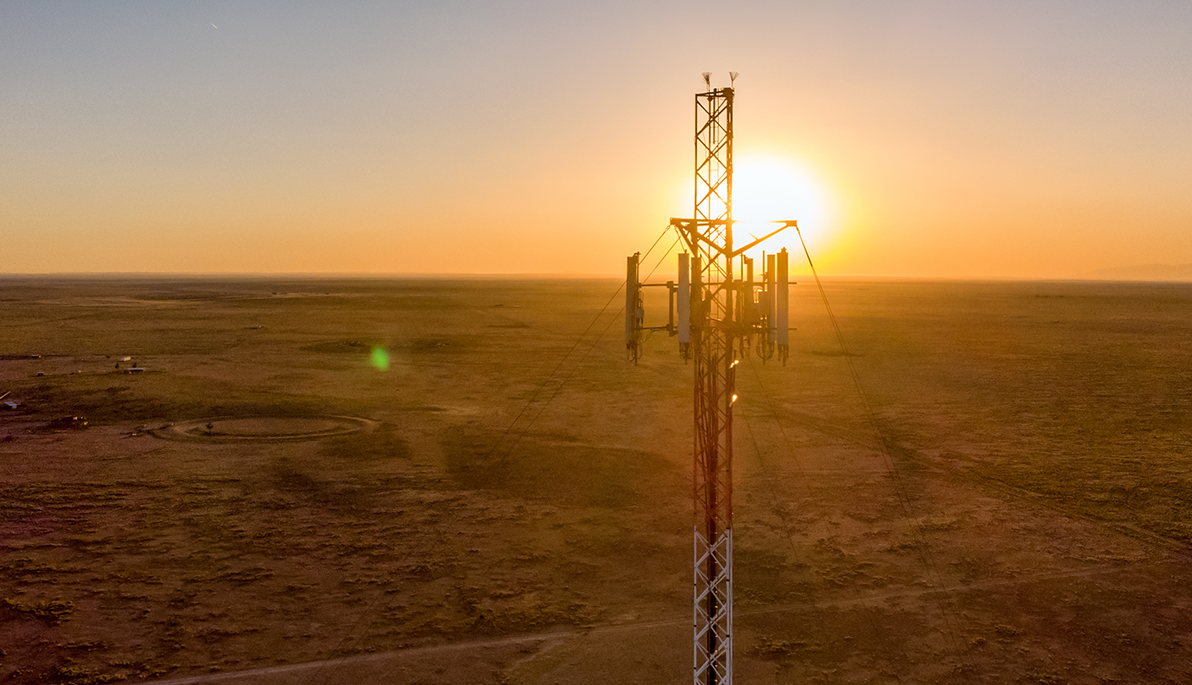 5G deployment began in 2019, with promises of faster speed and enhanced connectivity, as well as much lower latency (delay) in our communications. However, for various reasons, the 5G rollout has not gone as smoothly or as quickly as Americans expected. To learn more, New York Tech News tapped into the expertise of Babak D. Beheshti, Ph.D., dean of the College of Engineering and Computing Sciences, to glean insight as to whether or not 2023 is the year we will see 5G really take off, and what opportunities and challenges may come along with that.

How does 5G technology work, and what benefits does it offer?
5G (fifth-generation mobile network) is designed to be a high data rate and low-latency technology. These two characteristics allow for fast real-time transfer of data between two or multiple points and will allow for many new applications to be deployed in the workplace, which was not possible before 5G.

The mobile network has a number of services and architectural features built in that make it an enabling technology for the Internet of Things, or IoT, which refers to smart, web-enabled devices that have a fixed functionality, as compared to general-purpose smartphones, tablets, or computers. Examples of IoT devices include connected thermostats, security cameras, door locks, and kitchen appliances.

5G is a family of technologies, innovative protocols, and network architectures that bring massively improved platforms to deliver scalable and reliable connectivity. One of these key technologies is Multi-access Edge Computing (MEC), which is a digital architecture that brings computing and storage capability for applications at the edge of its internal network closer to the end-user. This cloud-based service environment allows for real-time, high-throughput, low-latency access to various applications. In traditional centralized network architectures, these latencies are caused by traffic between the entire network, a central point, and back to the end-user.

Where is 5G technology available? What are some of the challenges in deploying it?
The dense and millimeter-wave 5G networks are likely deployed in high population-density metropolitan areas to recoup the significant capital investments required of such infrastructure. Therefore the high data rates offered by these networks will not be available in rural and sparsely populated regions. It is hard to isolate this as impactful on the rural-urban divide, as there are other federal government initiatives in place to broaden Internet access nationwide.

Challenges that operators face during the 5G rollout include investment requirements (new cell sites and new equipment plus a denser network infrastructure), spectrum availability, and cost (radio frequency bands are limited and get auctioned off by the government for licensing by operators), complex network architecture (requiring significant network planning and deployment), and regulations on radiation, etc. Public opinions due to misinformation and misconceptions about 5G can also play an important role in creating barriers to the 5G rollout.

Has 5G been overhyped to date?
The power of 5G comes from its “core network.” Within this core, technological advances allow for high speed and low latency. A 5G network comprises the cell sites and its core network, called “standalone 5G.” In the initial deployments of 5G, service providers used the existing 4G core network with the 5G cell sites. As a result, the data speeds achieved through these initial 5G networks were nowhere near what was promised of 5G. Also, the radio frequencies that provide the highest data speeds (millimeter waves) were not used in many of the initial deployments. This also contributed to the overhyped impression that the public got about 5G. So, it was how 5G was rolled out and advertised, not the technology itself, that is to blame.

So, is 5G technology considered a disappointment?
Much of the possible disappointment is a consequence of the advertisement of the initial deployments of 5G that did not reflect the true capabilities of a standalone 5G network. In 2022, much of that changed. Download speeds of 150 to 171 Mbps are now reported across the United States with 5G networks. It will take a while to forget the lower 5G speeds of the initial 4G core-network-based deployments.

Is 2023 the year Americans will finally experience broader access to 5G benefits?
It is expected that 2023 will bring a more true high-speed 5G experience than in the past. In 2022, more 5G core launches were announced than in 2021. While the majority (75 percent) of 5G cores installed so far are non-standalone (4G) cores, all except one of the 5G launches announced for 2023 are standalone. This indicates a shift, albeit a slow one, to the true 5G standalone launches.

Meanwhile, in the United States, there has been the issue of 5G interference with airport instruments and communication. AT&T and Verizon have agreed to delay the deployment of some of their 5G services until July 2023. This delay in C-Band 5G usage will give cellular service providers more time to update their planes to guarantee there will be no interference.

In your opinion, are there new security threats that consumers will face in 2023 relating to 5G deployment?
There is a slew of new security threats, not due to 5G’s internal structure but because of what technologies 5G enables. Unlike 4G and its predecessors, 5G is not about a fairly uniform and monolithic network. 5G is a complex ecosystem of services, applications, and uses provided by many different vendors. When it comes to networks involving the IoT, many layers are vulnerable as potential targets of security attacks. If these layers are not designed and properly managed will create security threats in the 5G network.

Nonetheless, the threat from smartphones cannot be discounted. By the start of 2023, the number of cellular phone users worldwide will be around 5.3 billion. Assuming an average of 40 apps per phone, it is not difficult to predict an extended attack surface provided by apps downloaded from the app store. Android devices have experienced 50 times more infections than IoS. As an example, banking threats have risen by 80 percent in Android devices.

So, the security landscape remains challenging as more devices are brought “online,” whether the underlying network is 5G or something else.