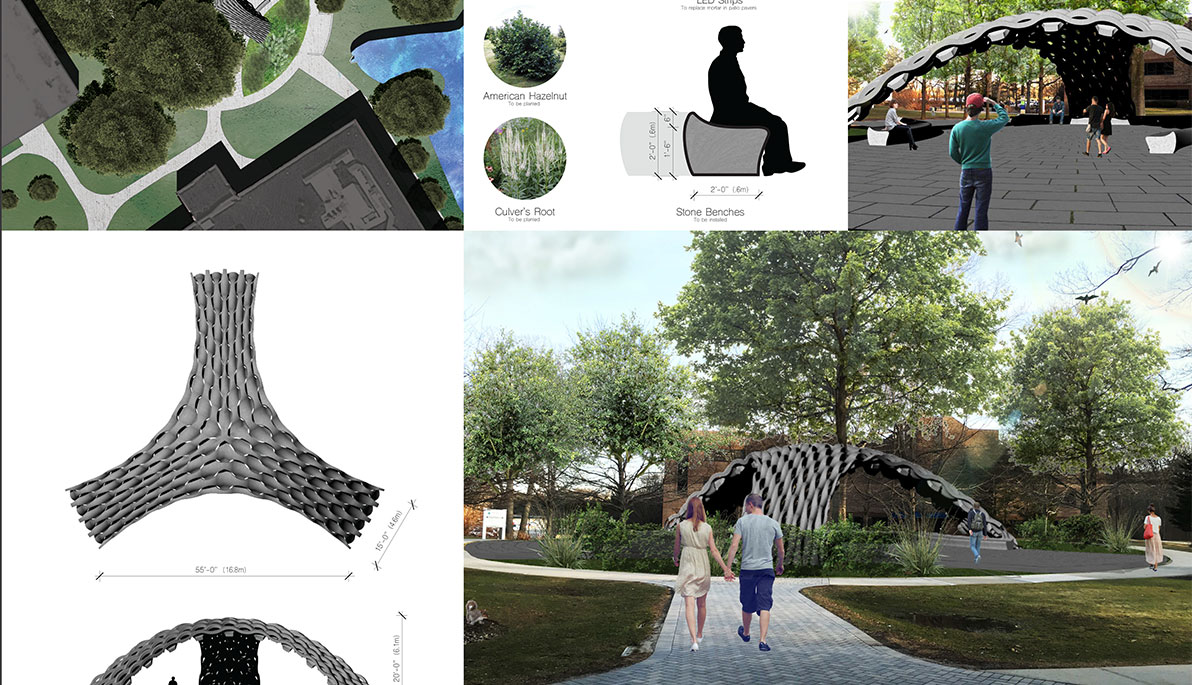 Technological advancements haven’t only impacted just the sciences, they’ve changed the arts as well. At two events, NYIT School of Architecture and Design explored the different ways technology is changing the way architects build and design.

Architecture With a Robotic Touch

In early April, at the lecture Robotic Touch, Swiss architect Fabio Gramazio, a pioneer in using robotics in architecture, spoke about how robots have changed the relationship between digital and material practice.

“The role of the architect is changing,” said Marcella Del Signore, associate professor in the School of Architecture and Design and a respondent at the lecture of the event with Associate Professor Naomi Frangos. “Traditional ways of designing—sketching, drawing, and analog ways of designing—are still present, but in computational design and robotics, architects are more often designers of processes where the outcome is not always predetermined.”

As the design process becomes automated, however, there is a loss of authorship. “Digital technologies are at the forefront of shaping our design industries,” explains Frangos, who notes that now, an architect’s design methodology can be executed using technology (such as protocols, scripts, and simulations) and then produced by a machine that doesn’t require a more traditional blueprint.

Gramazio, who was invited to speak at the event by Frangos, also spoke about the ways that robots can open new possibilities for design and construction. For example, through digital fabrication and robotics, architects can fabricate and build more complex forms. Del Signore added that “objects or parts of [a] building can be mass-produced through the fabrication of parts that are unique without having to produce a series of the same part that are the same…Uniqueness and complexities are part of the architectural vocabulary and complex forms can now be fabricated and mass produced.” 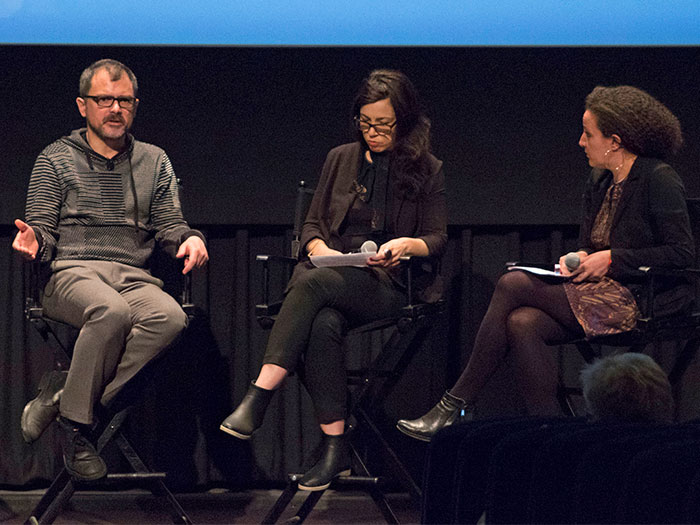 From April 9 to 20, the School of Architecture and Design also presented Stereotomy 2.0, a four-part series that examined the ancient art of stone cutting (known as stereotomy) and how the use of modern digital tools has changed the way designers have approached it. The event was organized by Giuseppe Fallacara, visiting professor at the School of Architecture and Design, and Christian Pongratz, M.Arch., professor and interim dean of NYIT School of Interdisciplinary Studies and Education.

In the Stereotomy 2.0 Bionic Health-Inspired Stone Pavilion competition, organized in collaboration with NYIT College of Osteopathic Medicine, architecture students from NYIT and other New York schools were invited to design a “bionic” pavilion using stone. The participants were tasked with creating a structure that would ultimately provide a place on the Long Island campus for students to gather. The three winners, all NYIT students, were announced on April 16:

The series also featured a screening of the documentary Castel del Monte: New Investigations on the Functional Hypothesis of the Monument. The film, edited by Fallacara, examines the function of the castle of Emperor Frederick II in the Puglia region of Italy.

On April 20, a symposium on the topic was held in tandem with an exhibition opening at Par Excellence that featured prototypes of stone architecture from ancient stereotomic construction systems to the most modern stone experiments.