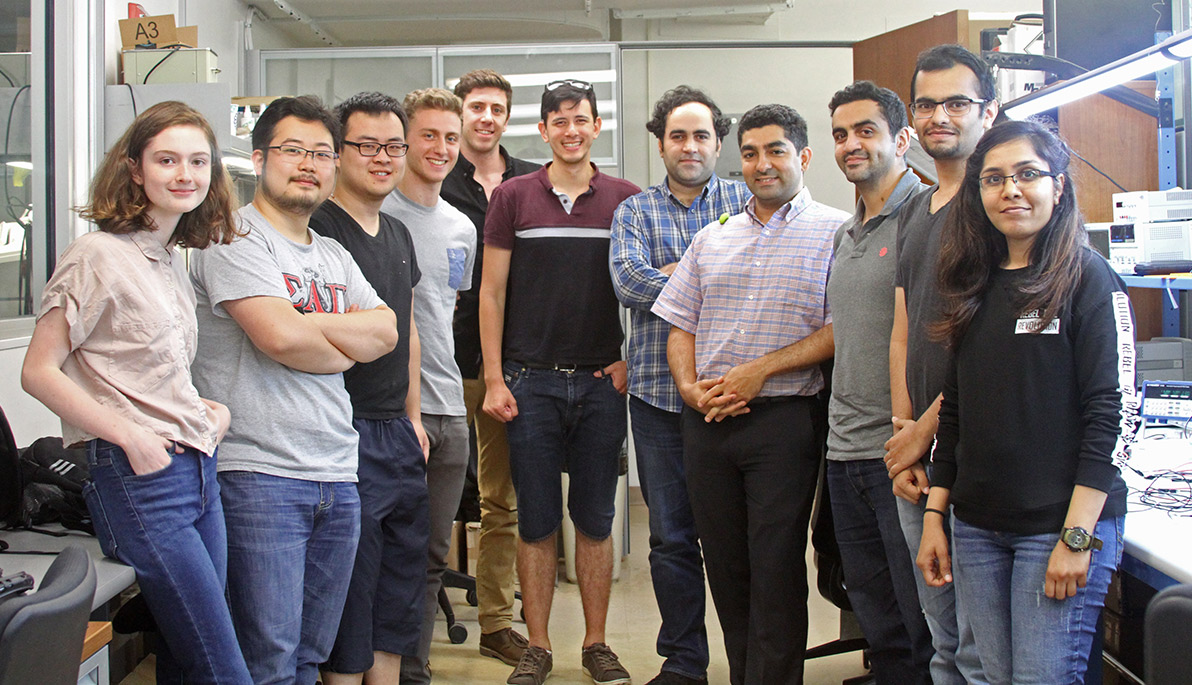 Walking through the halls of Harry J. Schure Hall this past summer, a flutter of activity could be heard coming from room 106.

Inside, Charles Gros was working on an application that can translate American sign language into written words so that people with hearing impairment can more easily communicate and express themselves. Laura Ratovo was developing longer-lasting novel electrodes for electrical stimulation of the stomach—a type of therapy often used to treat functional gastrointestinal (GI) diseases such as gastroparesis. And Leon Arki was developing a new flexible and biocompatible sensor that can be used to detect stretches in the GI tract. 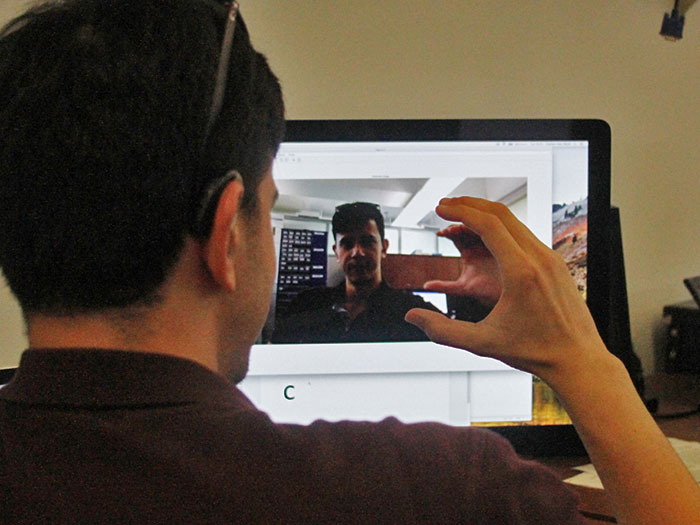 Charles Gros is working on an app which can translate American sign language into written words.

These researchers, graduate students at CESI Graduate School of Engineering in Paris, France, all interned at the Integrated Medical Systems Lab (IMS Lab) at NYIT over the summer under the supervision of Associate Professor of Electrical and Computer Engineering Aydin Farajidavar, Ph.D.

Throughout the year, the space is filled with undergraduate and graduate students from NYIT College of Engineering and Computing Sciences developing medical devices to combat diseases. They have already produced a revolutionary device: a portable module that can document gastric contractions in patients suffering from gastroparesis.

“Currently, the focus of the lab is on developing closed-loop electroceuticals to address gastroparesis and diabetes,” said Farajidavar. 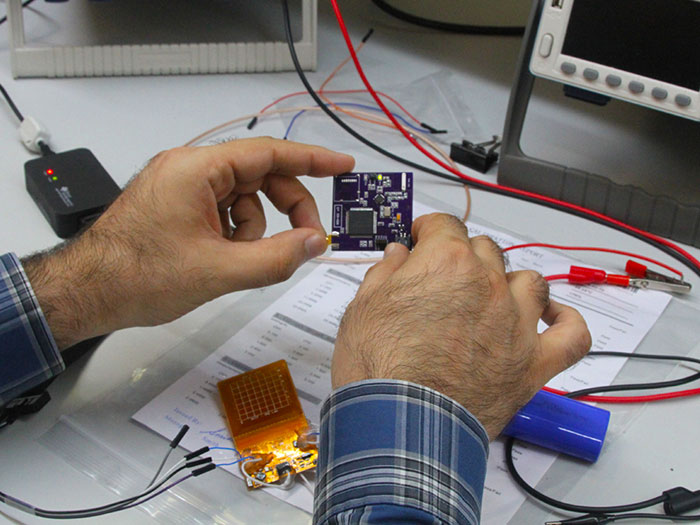 NYIT post-doctoral fellow Amir Javan-Khoshkholgh, Ph.D., is working on developing an implantable device (orange-brown color) that is designed to map stomach activity and a related receiver system (purple board). Both boards are under test.

Students from CESI have been seeking internships in Farajidavar’s IMS Lab since 2015. It has become a sought-after spot for French students looking to expand their studies in the United States. “I think the first students who found my lab read some of [my] publications and visited the lab’s website. And the ones who visited us later heard about the positive experience of their peers at the IMS Lab,” said Farajidavar.

During their time at NYIT, the students, who pay a fee to use the facilities, practice what they have learned in the classroom, learn new skills, and implement their learning in a project. And just like any course, they are evaluated at the end of their internship. 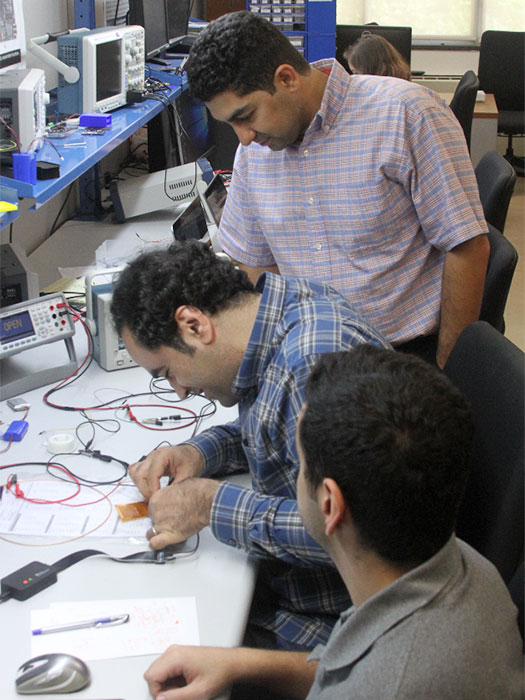 The lab has also caught the attention of local high schools. Students from Hicksville, Roslyn, Stuyvesant, Jericho, and Schreiber high schools in Long Island have carried out summer research at the IMS Lab. Senior Alexandra Lachmann from Manhasset High School was looking to conduct cutting edge research this past summer. She connected with Farajidavar and is now working on a bio-friendly power source inspired by electrophorus electricus, more commonly known as the electric eel.

“The Integrated Medical Systems Lab is seeking to address different diseases and disorders by developing novel medical devices,” said Farajidavar. “Diseases don’t give a break to patients during the summer, why would we take one,” he said.