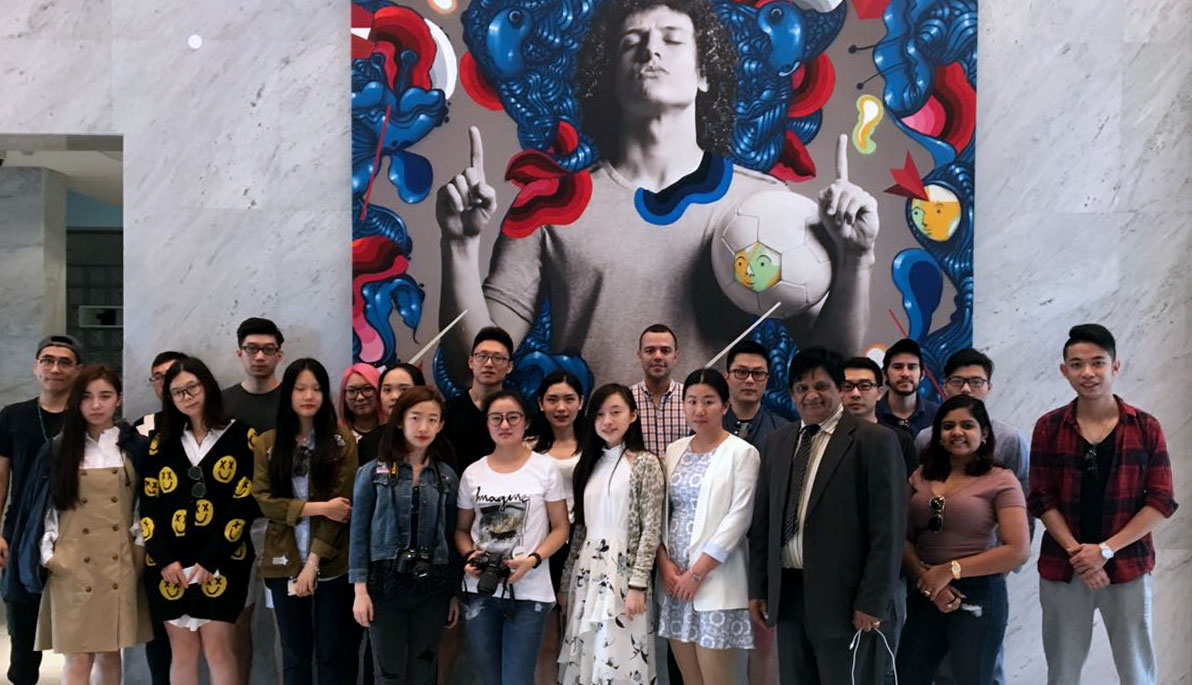 Photo: NYIT students on a visit to the Pepsi bottling plant in Dubai.

Graduate student Yingying Liu, a marketing major from China, reflects on her study abroad experience in Dubai, United Arab Emirates, which was sponsored by NYIT School of Management.

I was thrilled to be one of 21 students from NYIT’s global campuses to spend two weeks with Veneta Sotiropoulos, associate professor at NYIT School of Management, and explore this incredible city. I am so grateful to have had this opportunity, and I am thankful to Amr Swid, Ph.D., assistant professor and director of experiential education at the School of Management.

During our stay, we visited various companies, took classes, and learned about new cultures. Our first day was all about attending lectures and asking questions. For example, we learned how Sony launched a new campaign in different cultural regions and how Pepsi adjusts the sugar levels in their soft drinks in different countries. Reviewing these different case studies and hearing what the executives from these companies had to say was truly valuable—especially for me as an M.B.A. student. These are the kinds of lessons I can carry with me throughout my professional career.

Over the next few days, we continued to visit many different corporations, including 3M, Google, a Pepsi bottling plant, and Emirates NBD bank. One of the more memorable moments was during our tour of Emirates NBD. We were shown how a bank robot, called Pepper, could help customers with their transactions. What we learned from the bank manager is that the robot is not just there for convenience, but is also a vehicle to attract people to come in the bank. Ultimately, we discovered that the traditional business model is no longer the only way to run things. It is about innovation and creativity.

During our second week of the trip, we visited GE’s innovation center and the Dubai International Financial Centre. The group also travelled to Abu Dhabi, where we visited Masdar City, which relies on solar energy and other renewable energy sources. The city and its infrastructure is still being built, but is expected to be completed by 2030. It made me so happy to know that there are people out there that are doing something to help future generations. We also had the opportunity to tour the Ministry of Economy where we met His Excellency Juma Mohammed Kait, assistant undersecretary of the foreign trade sector.

While the trip was for us to “study abroad,” we did find time for sightseeing, including visits to the seven-star hotel Burj Al Arab, the Burj Khalifa (Dubai’s highest tower), the Dubai mall, and the Grand Mosque. We also went on a desert safari. Seated in an SUV, a driver took us through sand dunes, and because the topography changes so rapidly, it felt like I was on a roller coaster.

Having the opportunity to see all of these places was incredible. It was an experience you can’t get from reading books or watching videos. Everything I learned will help me reach my educational goals. But more importantly, the trip gave me a better understanding of the world.