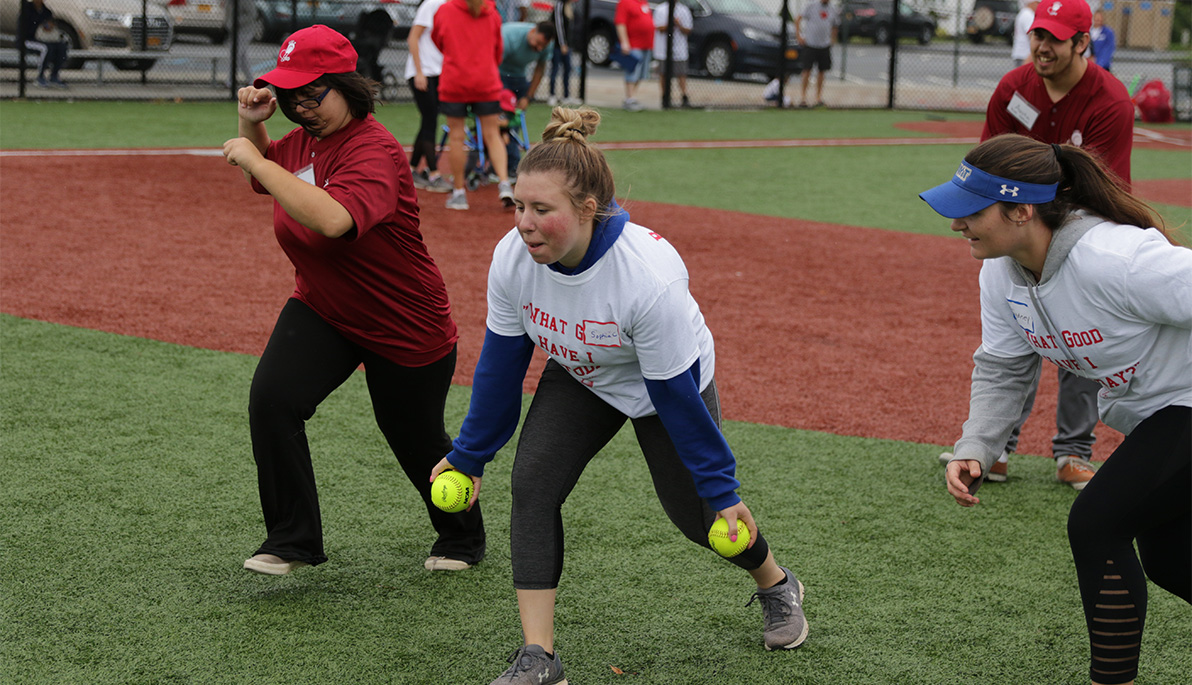 Pictured: Members of the softball team spent time with youth from the League of YES.

The New York Tech men’s basketball team has developed a special relationship with the youngsters at St. Mary’s Hospital for Children in Bayside, N.Y. The men visited the facility, which provides long-term care to children with medically complex conditions, three times in six months. They visited the hospital for the first time in March and spent a day playing board games and other activities with the children. They returned in April and most recently in September. During their recent visit, the team brought basketballs and joined the youngsters on the playground.

“The children at St. Mary’s look up to our players as role models,” said Head Coach Evan Conti. “Seeing how excited they get having us is more humbling with each visit.” 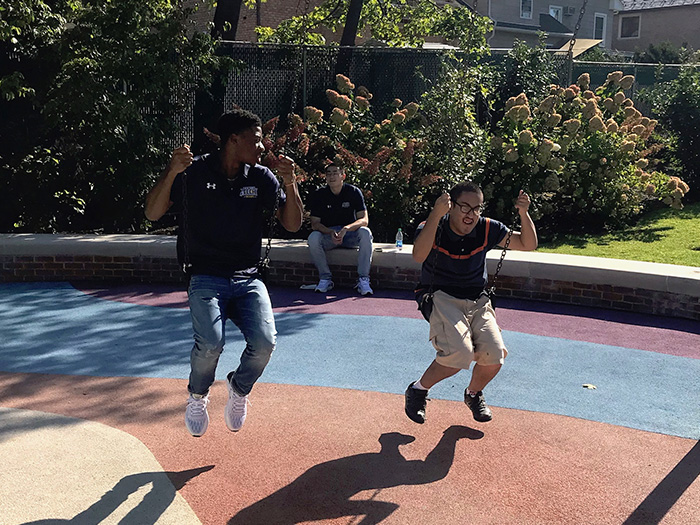 Tech student-athletes continue to be among the leaders in giving back to the community, particularly with youngsters. In the latest NCAA rankings, released on September 20, New York Tech placed fourth in Division II in volunteer hours and community-service participation rate.

On September 7, the baseball and softball teams spent the day at Eisenhower Park with the League of YES, whose mission is to establish and sustain baseball programs for people of all ages with disabilities. 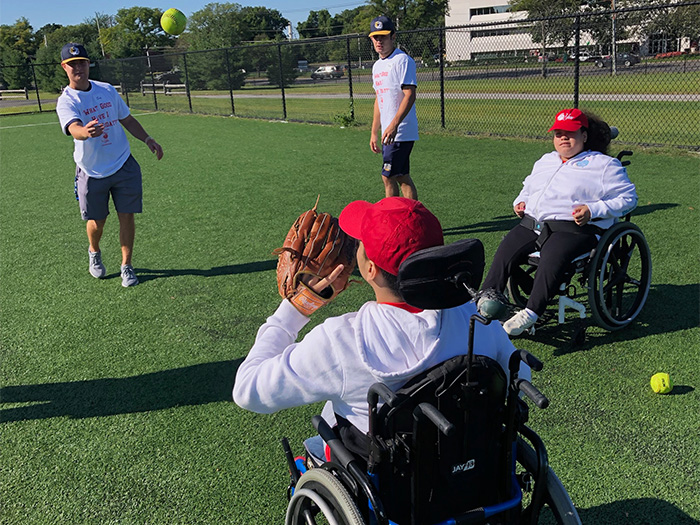 The New York Tech baseball team playing ball with youth from the League of YES.

Tech baseball has been among the most devoted groups volunteering with the League of YES. In February 2018, League of YES founder and president Christine Fitzpatrick presented the team with its Buddy of the Year Award for the Bears’ volunteer work with the organization. The organization also named its volunteer of the year award after corner infielder Nick Tedesco, a graduate student who has been volunteering with the group since high school.

“The League of YES has been something very special to me,” Tedesco said. “This is my eighth year doing it. Eight years ago my travel team took us here, and I didn't know what to expect. … It’s great to make the kids feel good.”