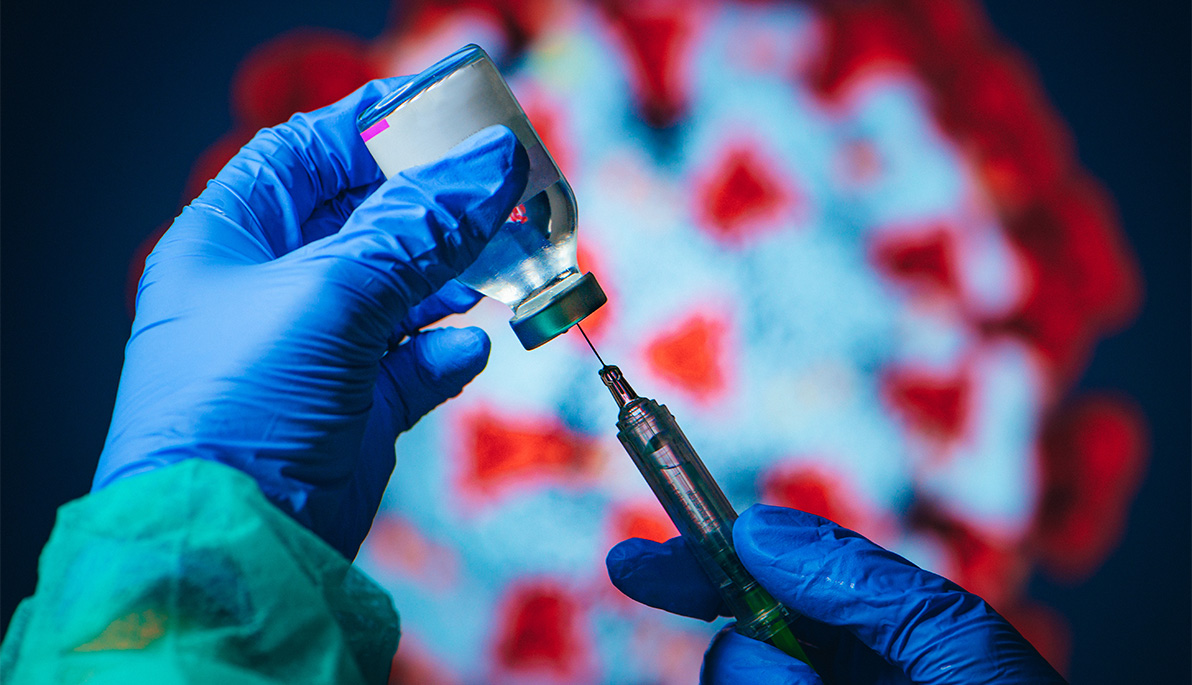 After reports that women had experienced blood clots after receiving the Johnson & Johnson COVID-19 vaccine, the CDC (Centers for Disease Control and Prevention) and FDA (Food and Drug Administration) called for a pause on the vaccine’s use.

In a recent Facebook post, Shane Speights, D.O., site dean of NYIT College of Osteopathic Medicine-Arkansas (NYITCOM-Arkansas), discusses the rationale behind the decision. He also addresses the latest information on COVID-19 variants and the availability of the vaccine to minors.

Is there real concern regarding the Johnson & Johnson vaccine?
Recently, six women between the ages of 18 and 48 developed a rare blood clot called a cerebral venous sinus thrombosis (CVST) six to 13 days after receiving the Johnson & Johnson vaccine. CVST is a clot in the venous drainage system of the brain. It acts like a stroke and can also cause brain bleeding and swelling. CVST occurs in about five people per million. The people that are at risk are females in their 30s.

We’re not really sure what causes them because they are so rare, but some risk factors include pregnancy, infections, blood diseases that cause clots, having cancer, being on birth control pills, or getting a head injury.

We’re not totally sure that the vaccine is related. We’re aware of six cases in the 6.8 million doses that have been given in the United States. That’s not too far from what occurs already in the population. The sticking point is that another vaccine, AstraZeneca, has also been reported to have clotting issues associated with it. We don’t use that vaccine in the United States, so you might not have heard much about it, but it’s creating a buzz in Europe.

The reason I bring that up is because the Johnson & Johnson vaccine and the AstraZeneca vaccine use the same platform: a viral vector. They also use the same virus: an adenovirus. That being the case, there might be a relationship. The CDC and FDA will meet and try to tease out if this is really something caused by the vaccine (causal) or something that just happens as you vaccinate millions of people (by chance).

The U.K. variant is here. Do we have reason to worry?
The U.K. variant is now the predominant strain of COVID in the United States. It’s between 50 and 100 percent more infectious and can cause severe disease, but current information (Lancet) says it does not present any higher risk than the old strain. Every state has it, and most states have it more than they realize. Why? Because we can’t really test for the U.K. variant—or any variant for that matter—in large numbers.

Some context: when you go to your local clinic, urgent care, or hospital, they are testing you for the “regular” COVID. It takes a special machine to test for a COVID variant, a machine that is looking for one. In the U.S., we are only looking for variants in less than 1 percent of all COVID test samples.

What does that ultimately mean? If we can’t really test for it and we don’t really know how much is in our area, then the only thing we can look at is the end result: hospitalizations and deaths. The issue is that it takes weeks to months for cases to become hospitalizations, which later contribute to deaths. So we won’t really know how much of a variant we have until further down the road.

The good news is that it appears that if you’ve already had COVID-19, you have antibodies, and you’re probably not going to be infected with the U.K. variant. Also, all three (or two) vaccines cover the U.K. variant. So if you’re vaccinated, you’re covered.

What about kids and the U.K. variant?
This is my area of concern. The U.K. variant seems to hit kids harder. Michigan is seeing a significant increase in cases, and they have seen a 230 percent increase in pediatric cases aged 0 to 9. Likewise, an Irish study reported one in 30 children were hospitalized.

Now, severe disease is still very rare in kids with COVID, but the U.K. variant appears to make kids sicker than the regular COVID did. The issue is that they can’t get vaccinated yet, so there’s nothing to protect them other than masking, social distancing, etc.

What’s the latest regarding COVID-19 vaccines and children?

All that, to say that there is no reason why we shouldn’t see a vaccine available for a good number of our kids this summer, which would be great before the fall school year starts.

How well do the vaccines really work?
Real-world data reported by the CDC shows that Moderna and Pfizer prevent 80 percent of cases after the first dose and 90 percent after the second. You really need that second dose to protect you from the variants. The higher the efficacy, the more protection from variants you get.

What about the possibility of contracting COVID-19 after you get vaccinated?
It is possible to get COVID after you’ve been fully vaccinated, but it’s rare. Those are called “breakthrough” cases.

Here’s what we know about them: of 800,000 people fully vaccinated in Minnesota, there have been 89 breakthrough cases, but only 30 of them had symptoms. No deaths or hospitalizations were reported among those cases.

In another study in Idaho, of 250,000 fully vaccinated individuals, they had less than 100 breakthrough cases. The key point to remember is that a vaccine is supposed to prevent severe disease and death. The Moderna and Pfizer vaccines do much more than that.

Still not sleeping well? You’re not alone.
A study of 700,000 people in the U.K. revealed that only 7.7 percent rated their sleep as “very good,” which is down from the 39.4 percent last March when they were in the middle of their first wave.

Who was at risk of “very poor” sleep? Lower household incomes, those who have a mental or physical health condition, lower level of education, those in ethnic minority groups.

I realize this is a U.K. study, but add in the politics and division we are seeing in our own country, and our numbers are likely worse. At least that’s what I’m seeing in my clinic in Arkansas.

How do patients hospitalized with COVID-19 do when they go home?
There was recently an updated study regarding this topic. This was a Journal of the American Medical Association study of 478 COVID survivors that looked at how they were doing four months after they were released from the hospital.

The study found that 51 percent had at least one new symptom they didn’t have when they were in the hospital, 31 percent had fatigue, 21 percent had memory/mental issues, 16 percent had trouble breathing, 63 percent had abnormalities on a follow-up CT scan, and 19 percent had fibrotic changes to their lungs, meaning permanent damage. The good news is that most recover and improve, but we are still seeing these lingering symptoms long after they should be over the infection.