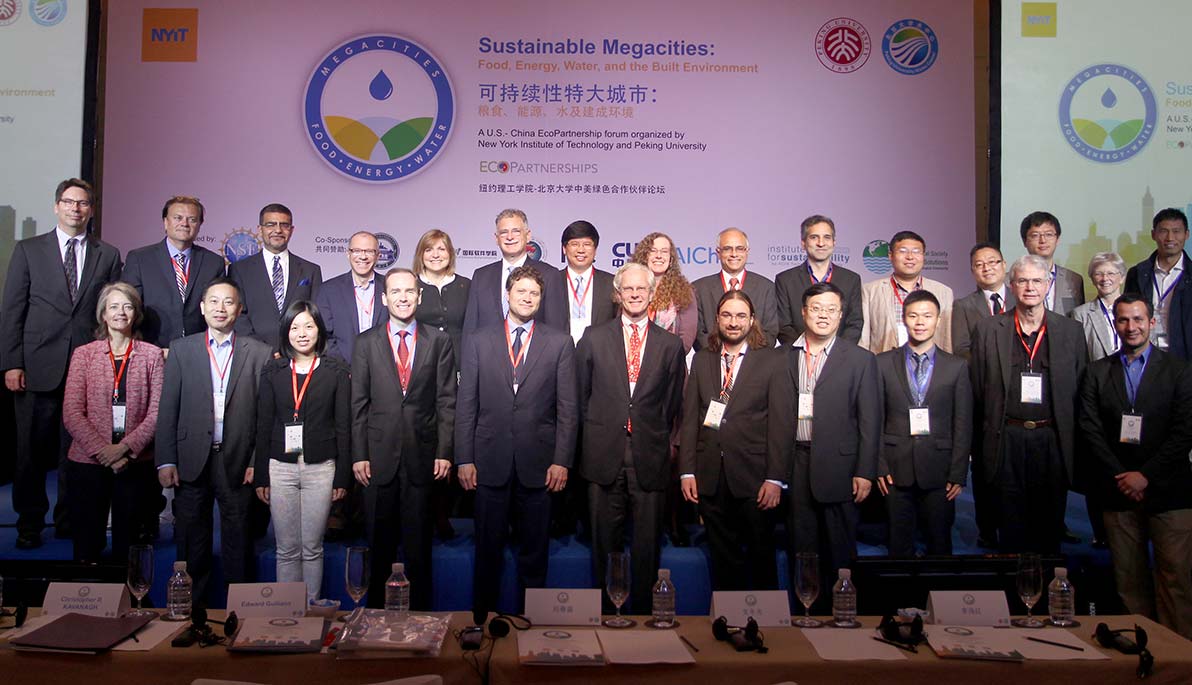 Scientists announced new research on detecting the biological impact of megacities, among other findings, at a recent Beijing workshop focusing on the nexus of food, energy, and water (FEW) in the world's growing big cities. With support from the United States National Science Foundation and the Natural Science Foundation of China, scholars from both China and the U.S. gathered to advance knowledge of megacities and their consequences for FEW resources. A megacity is defined as an urban area with more than 10 million inhabitants; 28 megacities currently dot the earth, with that number expected to increase to 41 by 2030. New York Institute of Technology (NYIT) and Peking University organized the workshop.

"Researchers need new technologies to evaluate and monitor the impact of urban growth on organisms at the molecular level," said NYIT Assistant Professor of Life Sciences Shenglong Zhang. He continued, "We're studying how genetic materials like DNA or RNA are being modified chemically in response to changes in food, energy, and water from the building and maintenance of megacities." The data Zhang and his partners gather will provide evidence by which policymakers and the scientific community can better understand and manage the impact of megacities on our ecosystems.

In related research, assistant professor Fang Li of NYIT's Department of Mechanical Engineering presented her work on cell-based biosensors to detect toxicity in water and increase water security. As Li's project is refined, it will allow for affordable monitoring of water quality at least six times per day, providing an early warning system for managing drinking water and other water-intensive activities such as agriculture and energy production.

Another workshop session was devoted to the use of data collection and security for monitoring FEW resources in real-time. Reinforcing the need to strategize across political and geographic boundaries in managing these resources, faculty members from NYIT's School of Engineering and Computing Sciences Babak D. Beheshti, Jonathan Voris, and Ziqian Dong, along with experts from Wuhan University and the University of Colorado at Boulder, shared work on wireless sensors, networks, and cybersecurity in "smart cities."

Beheshti discussed network security in wireless sensor networks, which exist to run fleets of cars, manage temperatures, and provide flood alarms, among other uses. Voris presented information on how researchers verify the sources of a sensor's data. And Dong demonstrated how to detect and locate a "man-in-the-middle" attack, using signal strength and other network features. A "man-in-the-middle" attack is "an active eavesdropping attack," said Dong, "which intercepts a connection between two legitimate hosts in the networks and pretends to be the intended sender or receiver." Dong conducted her research with co-authors, and their results will soon appear in a scientific journal, CIT.

A pioneer in global higher education, NYIT has a long record of uniting stakeholders from various institutions to help find solutions to environmental and other global issues. Promoting the role of cities in addressing these challenges, NYIT President Edward Guiliano, Ph.D., has said universities like NYIT resemble cities, in that both "bring smart, well-informed people together to address major problems." This workshop was designed to support fruitful research partnerships in the areas of cities and FEW resources.