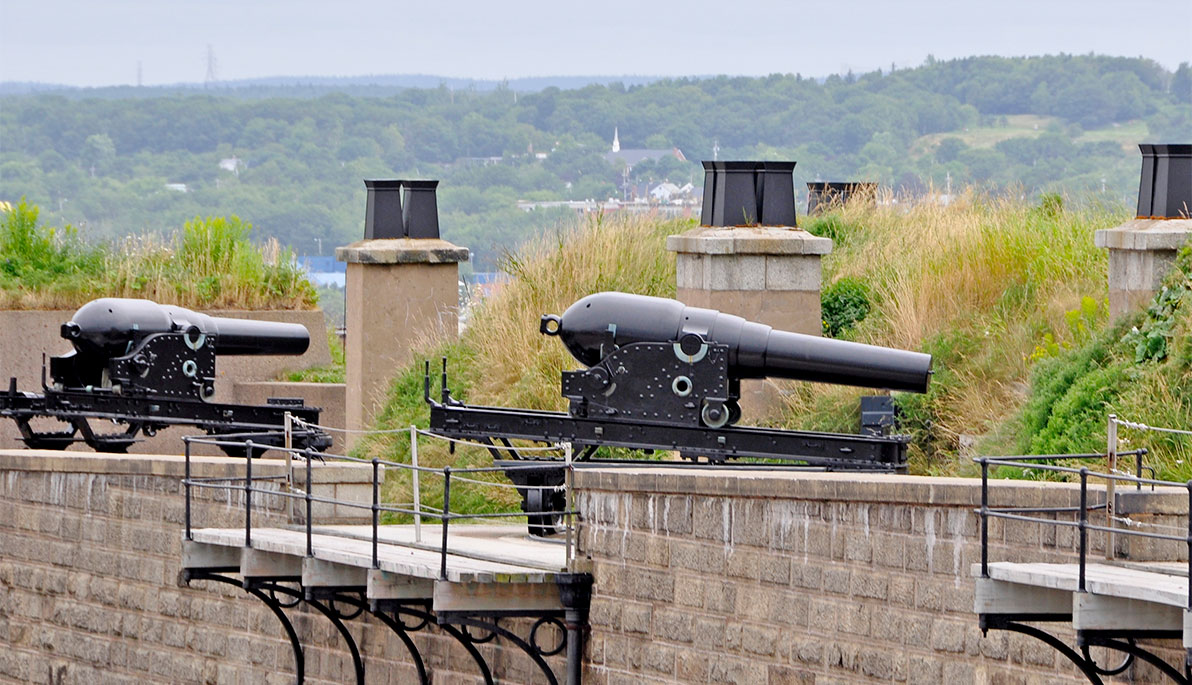 Photo: Halifax Citadel, a historic fort on a hill overlooking Halifax Harbor, was once a symbol of British military power in the province and one of the reasons why there was no rebellion in Nova Scotia.

While on a trip to Halifax, Nova Scotia, for a journalism educator conference, John Hanc, associate professor at NYIT College of Arts and Sciences, discovered a surprising fact about Nova Scotia: The Canadian province, which was once a British colony, tried to join the American Revolution. As a freelance journalist and Revolutionary War buff, Hanc knew that he had found something worth exploring. His article on this little-known piece of history was recently published on Smithsonian.com, for which Hanc is a contributing writer.

Hanc sat down with The Box to talk about researching the story, the impact a 14th colony could have had on U.S. history, and how he brings his journalistic process into the classroom.

How did you find this story? I was in Halifax for the annual conference of the International Association of Literary Journalism Studies. On these trips—whether it’s for conferences or any other purpose—I’m always on the lookout for interesting story ideas.

I knew in advance that Halifax had an interesting history related to the American Revolution. I read a lot online and came across the idea that Nova Scotia and what are now Canadian provinces were also British colonies—I never realized that, and I certainly didn’t realize that there were people in Nova Scotia who wanted to join in the rebellion against the Brits … I thought it was a really interesting idea, and my editor at Smithsonian loved it. I also thought it would be a good story to run around Fourth of July, when we celebrate our independence.

Can you tell us a bit about how Nova Scotia almost became the “14th colony”? There were some in Nova Scotia during the time of the American Revolution who wanted to join the 13 colonies. One of the main reasons was that most of the people in Nova Scotia were from Massachusetts so there was sympathy toward what was going on (particularly for Boston during the time of the Tea Party). Ultimately it didn’t happen. As for why it didn’t happen, there are a number of reasons, and we explain those in the story.

How could Nova Scotia joining the rebellion have impacted the United States? For one, our country’s boundaries would have extended way up north. Jeffers Lennox [assistant professor of history at Wesleyan University] said it would look more like an extension of Maine. He also explained the economy of the Maritime Provinces of Canada, which include Nova Scotia, Newfoundland, Prince Edward Island, and New Brunswick, were once very important in Canada, but that in the last century, Canada moved west…and the big centers of economic power in Canada are further west. So now, the Maritime Provinces have struggled economically…just as part of the Maine and Vermont economies have struggled. Ultimately, I’m not sure if becoming the 14th colony would’ve been a really good thing—for them or us.

Why do you think Americans aren’t aware of this aspect of our history? It’s really not part of our national narrative, and I think it’s part of our general ignorance of Canada. It also comes back to the fact that most Americans barely know our own history these days. They certainly don’t know Canadian history. Even somebody like myself—I didn’t know this, and I consider myself fairly well-read on the Revolutionary period, and I’ve written about it as a journalist.

Canadians know it, by the way. The ones I interviewed loved to talk about it. They all prefaced the story by saying they love America, but also said they’re quite happy to be Canadian, and they wouldn’t want to be American.

How did researching and writing this story tie in with how you teach journalism at NYIT? A big part of NYIT’s DNA is professional education. In my classes, I regularly share the stories that I’ve been working on. We’ll talk about the content, but we also discuss how I got the story, where I got the idea, and how I went about researching and reporting it. Something like this story reminds us that we never know where a good idea for a story is going to come. Also, it’s a way to remind students that the news is not just what Donald Trump is doing or what Putin is doing or what Congress is doing. Journalism can involve things that happened 250 years ago, as this story does.

Read the full article on Smithsonian.com.