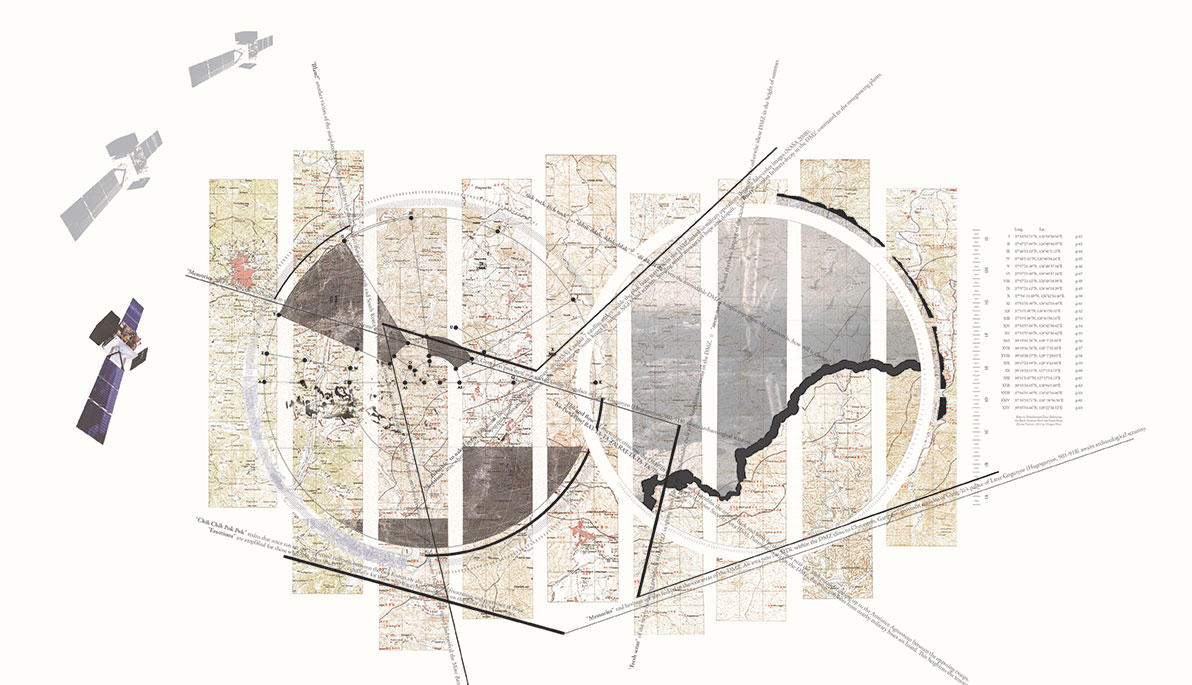 Pictured: A map from Dongsei Kim’s 2017 research, “The Second Iteration: Uncovering the agency of the unknown armistice maps.” 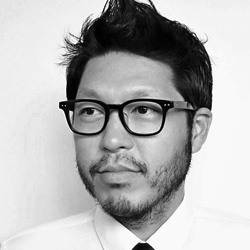 Dongsei Kim, M.Des., assistant professor in NYIT School of Architecture and Design, sat down with The Box to talk about his research on how architecture and urban design can impact nation-state borders. Kim has been examining spatial borders and how the “lines” that designers draw at different scales should be about inclusion vs. exclusion, and how spatial design can improve inter-Korea relations. “My work on the DMZ [Demilitarized Zone] is part of my long-term research that examines the nature of spatial borders that define ‘us’ and ‘them,’” he explains.

When people think “DMZ,” they might think of a place that’s empty, desolate, and inhospitable. What are some common misconceptions about the Korean DMZ?
Many people perceive the Demilitarized Zone as an empty impermeable militarized border between the two Koreas. Yes, it is a nearly impossible border to cross for most. However, it is also a blurred zone where the Han River estuary is shared, several rivers cut across, migrating birds fly over, and propaganda balloons and broadcasts permeate through. Many people also think of the DMZ as an untouched ecological haven for wild flora and fauna. While this might be the case to a degree, the DMZ is equally occupied by heavy military operations that include frequent vegetation burnings and millions of landmines.

What got you interested in architecture and urbanism’s relationship to nation-state borders?
My initial interest in the DMZ goes back more than a decade. I was provoked by the absurd contradiction where the separated families of North and South Korea could not meet or communicate with each other in this day and age. I was more disturbed by this idea especially when I was completing my professional training in architecture at Victoria University of Wellington in New Zealand, a country considered one of the freest in the world. I ended up designing a meeting point for the separated families of North and South Korea for my final-year thesis project. I then left the issue on the backburner and pursued my career in architecture, designing buildings and urban spaces until I gained registration as an architect.

Your senior thesis project sounds interesting. Can you talk more about it?
The thesis project, “(Dis)connection,” was a 1 kilometer (3,280 feet)-long building that proposed to re-connect a severed railway line within the DMZ. The separated families of both Koreas would approach the building on the train from both sides to eventually meet at the border, at the center of the building. The families would be happy to see their loved ones, but also be devastated that they had to be separated again. The project attempted to encapsulate these emotions and their experiences.

As a young student, I was aware that architecture cannot provide solutions to all sociopolitical issues. Nevertheless, I wanted to explore how it can contribute. The project allowed me to think about architecture’s limitations and what its potentials were.

After several years, followed by further studies at Columbia University in urban design, professional practice, and teaching, I went back to graduate school at Harvard University’s Graduate School of Design. This is where my interest in the DMZ reemerged with a fresh perspective. Through proactively mapping and visualising the DMZ, I was able to question its dominant representations and understandings. 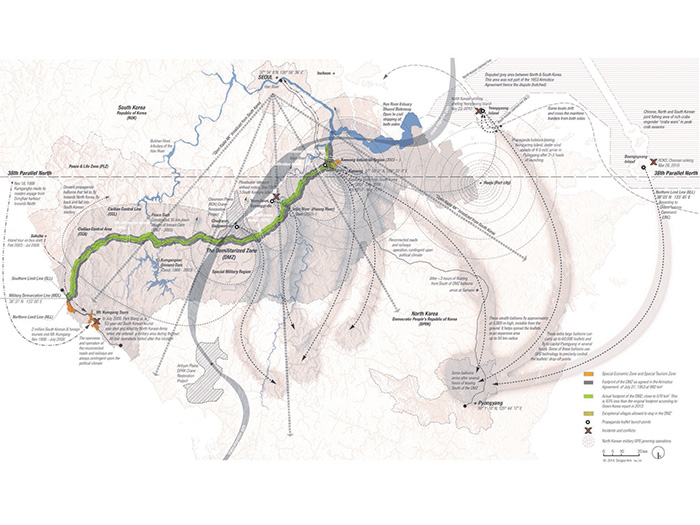 A map from Dongsei Kim’s 2014 research, “A Construct the Koreas (Never) Made Together: Deconstructing The DMZ for the Imaginary.”

How does architecture play a role in the DMZ?
My research is fundamentally about how architects can visualize spatial conditions of borders, through the example of the DMZ, that engage “spatial intelligence” [all knowledge embedded in spatial practices, such as architecture, landscape architecture, planning, urban design] particular to the architectural discipline. In particular, I am interested in how existing spatial conditions can be remapped to challenge “habitual thinkings” that envision new alternative futures. An example of “habitual thinkings” might be portraying North Korea as “evil” or as “enemies” to be eliminated, a false dichotomy driven by certain conservative South Korean and Western media.

In this regard, my research animation, “A Construct The Koreas (Never) Made Together: Deconstructing the DMZ for the Imaginary” (2014), remaps the DMZ by deconstructing it through the lens of history, barriers, transgressions, and global lenses. This work challenges preconceived understandings of the DMZ and allows viewers to question their habitual assumptions of the DMZ and construct a new understanding of “the other” on the other side of the border.

New thoughts on nation-state borders can be developed through producing new spatial experiences at a smaller scale. Designing exhibition spaces, urban spaces, and architecture that highlight absurd conditions between North and South Korea or by emphasizing the productive potentials of these border spaces are such examples.

The Golden Lion Award-winning “Crow’s Eye View: The Korean Peninsula” exhibition at the Venice Architecture Biennale, in which I participated in 2014, successfully brought both Koreas’ architecture and urbanism under one roof. This envisioned an alternative way for the two Koreas to coexist.

I believe these small-scale spaces are relatively humble compared to larger abstract nation-state spaces. However, these human-scale spaces equally engage the idea of nation-states, but at a visceral level; therefore, they can become a more effective proving ground that reveals critical issues related to inter-Korean relationships.