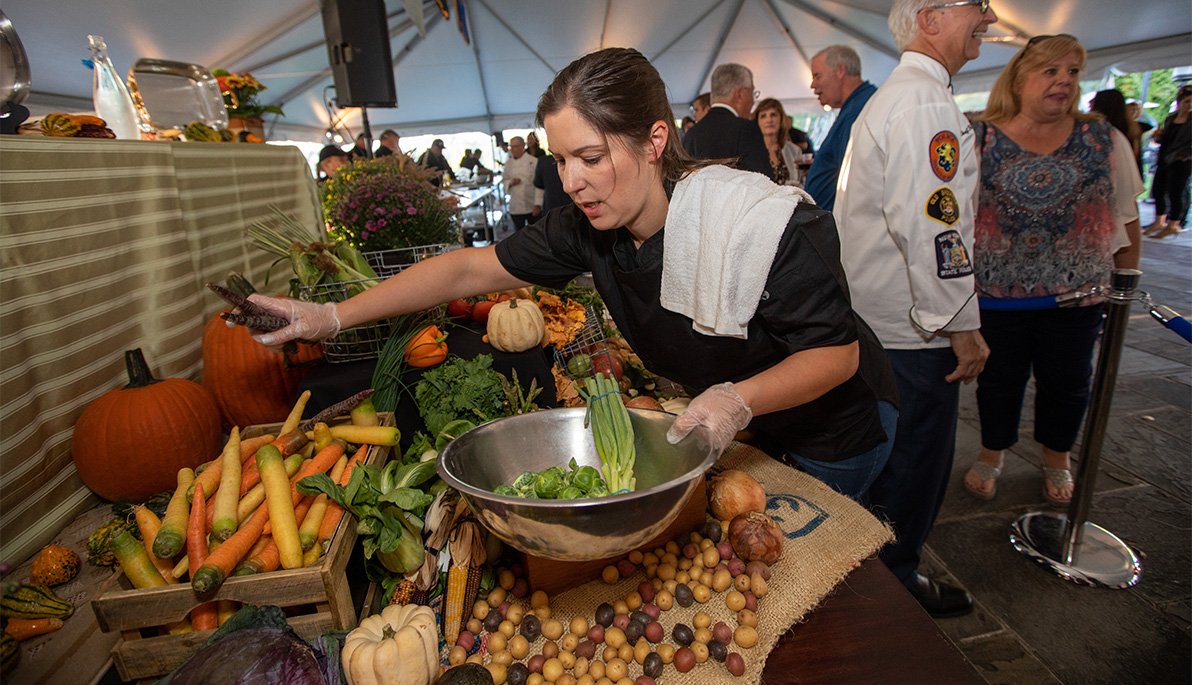 The competition, modeled after shows like Chopped and Iron Chef, was held on September 24 at NYIT de Seversky Mansion. The six teams were challenged with creating an appetizer and an entrée with a basket of secret ingredients including quail, fresh sardines, speck, lobster mushrooms, preserved lemons as well as a curveball ingredient: donuts.

Emmy-award winning television host, author, and restaurateur Lidia Bastianich served as the master of ceremonies. Before the cooking began, attendees had the opportunity to meet the famed chef and receive an autographed copy of one of her cookbooks.

The judges scored each team using criteria like execution, timing, creativity, flavor, texture, and presentation. After the scores were tallied, it was Nassau County Police Department that took home first place.

While there could only be one winner, all the teams walked away with a prize. New York Tech presented a $2,000 check to each team to a charity of their choice. 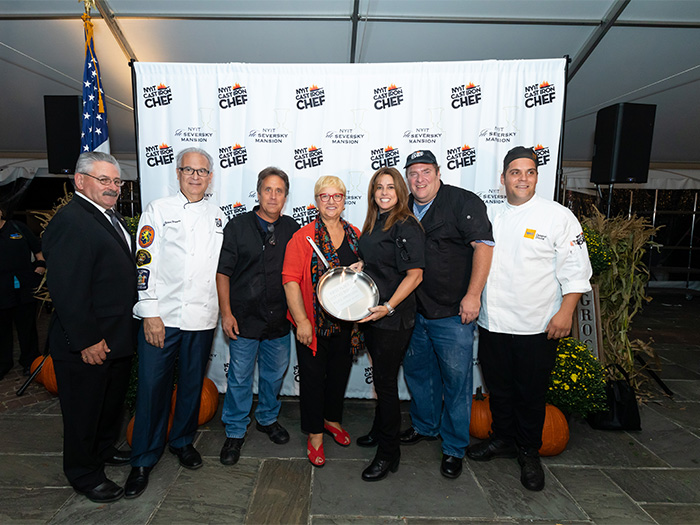 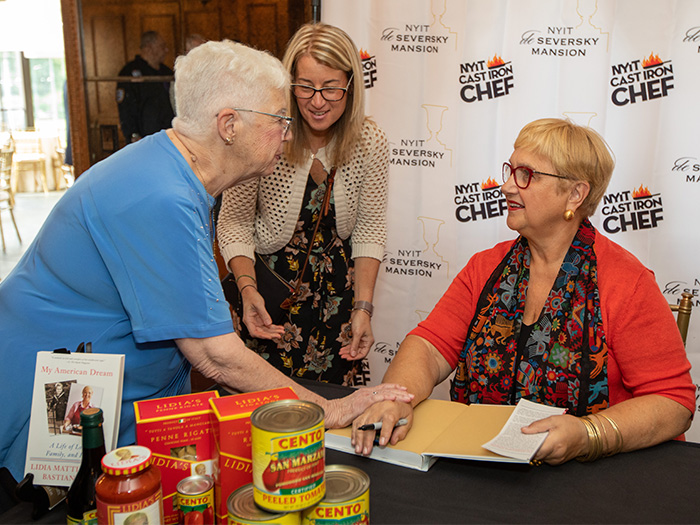 Attendees lined up to meet Lidia Bastianich and receive a signed copy of her cookbook. 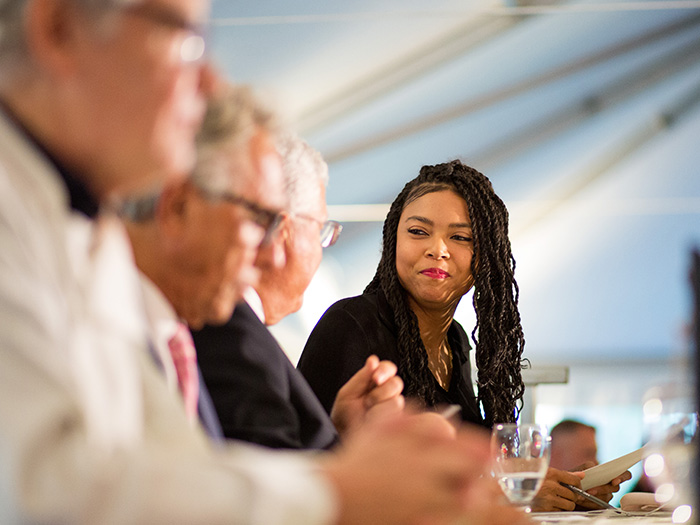 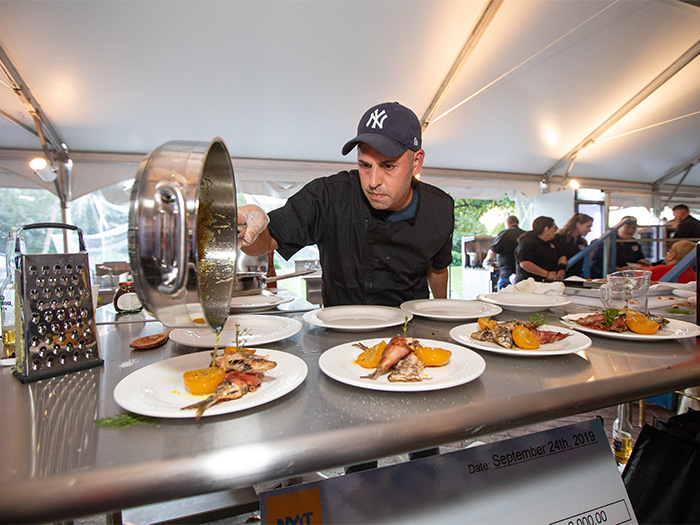