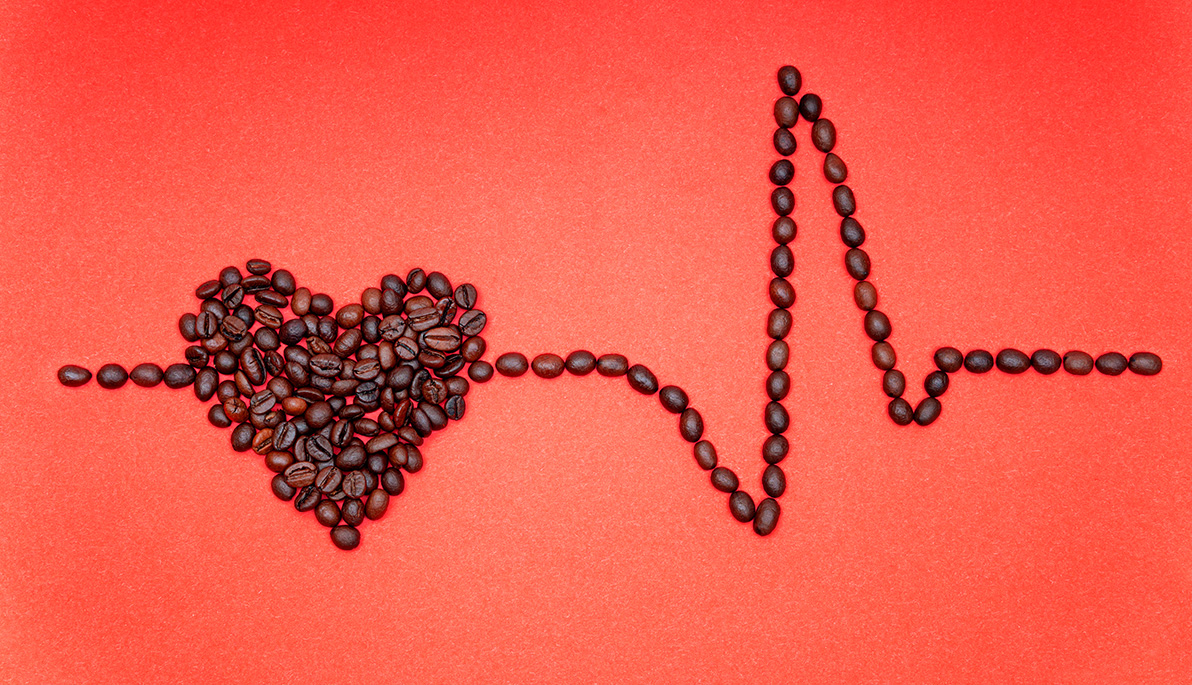 New biomedical research from the College of Osteopathic Medicine (NYITCOM) spills the beans—coffee beans, that is—on why people may want to watch their caffeine intake as they age.

NYITCOM students Victor Chen and Nibras Choudhury, and Associate Professor of Biomedical Sciences Youhua Zhang, M.D., Ph.D., shared their research findings at this year’s meeting of the American Physiological Society, which was held in conjunction with the Experimental Biology 2022 conference, held April 2 through 5 in Philadelphia, Pa.

While caffeine is suspected to trigger or exacerbate cardiac arrhythmias (abnormal heart rhythm) in patients, so far, clinical data have been conflicting. As a general guideline, the U.S. Food and Drug Administration recommends that healthy adults consume a maximum of 400 milligrams (mg) of caffeine, or the equivalent of four cups of brewed coffee, daily. The NYITCOM researchers have discovered that sticking to these guidelines may be especially important for older individuals.

Hypothesizing that caffeine alone could trigger spontaneous cardiac arrhythmias, the researchers monitored the impacts of caffeine in male and female rats from different age groups. An acute dose of caffeine was administered to four experimental groups: younger (five-month-old) and middle-aged (one-year-old) rats from both sexes. As a control, a group of the younger five-month-old animals was given saline. Using an electrocardiogram (EKG), the team then monitored for changes in heart rhythm.

While there is no precise conversion to translate rat age to human age, a five-month-old rat can roughly be considered the same age as a young adult human. At one year, rats are approximately early middle age. Similarly, while there is also no exact conversion for a human to rat caffeine dose, a starting estimate would be about 13 milligrams per kilogram of weight, which is 880 milligrams for a person weighing 150 pounds.

The researchers found that the caffeine caused nearly all of the middle-aged test subjects to develop ventricular arrhythmias (abnormal rhythms in the lower heart chambers), including all of the females and all but one male. Among the younger subjects, only two males and one female developed abnormal heart rhythms. None of the controls displayed abnormal heart rhythm.

The findings suggest that older individuals may be more vulnerable to arrhythmia caused by high caffeine consumption. While these effects are temporary, they can still have serious health risks that increase with the frequency of the episodes, including lightheadedness, loss of consciousness, and cardiac arrest.

Given this, the researchers advise that “it would be wise to consume caffeine in moderation.”