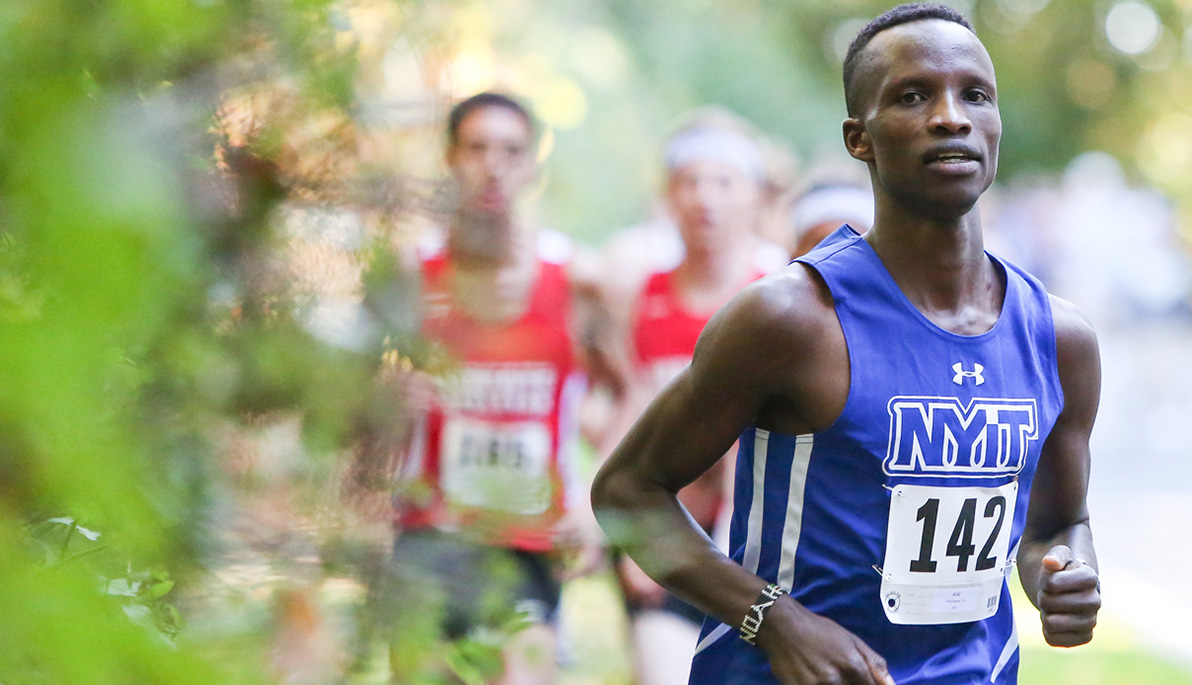 Pictured: Noah Simatei won Rookie of the Year at the ECC Championships after placing second in the 8K race.

On October 21, NYIT hosted the East Coast Conference (ECC) Cross Country Championships for the first time in the school’s history.

Noah Simatei’s bid to become ECC Runner of the Year fell narrowly short, but he took home a consolation as the league’s Rookie of the Year.

Simatei, the freshman sensation with the NYIT men’s cross country team, was edged by less than three seconds by Roberts Wesleyan College sophomore Josiah Ottolini for the victory at the event held at NYIT-Old Westbury.

“The next race is regionals, which will determine if I go to nationals or not,” Simatei said. “There are two weeks until the race, and I have a lot to do. I just want to do a lot of training and improve my times.”

The NYIT women finished seventh of nine teams with an average 5K time of 22:38.45.