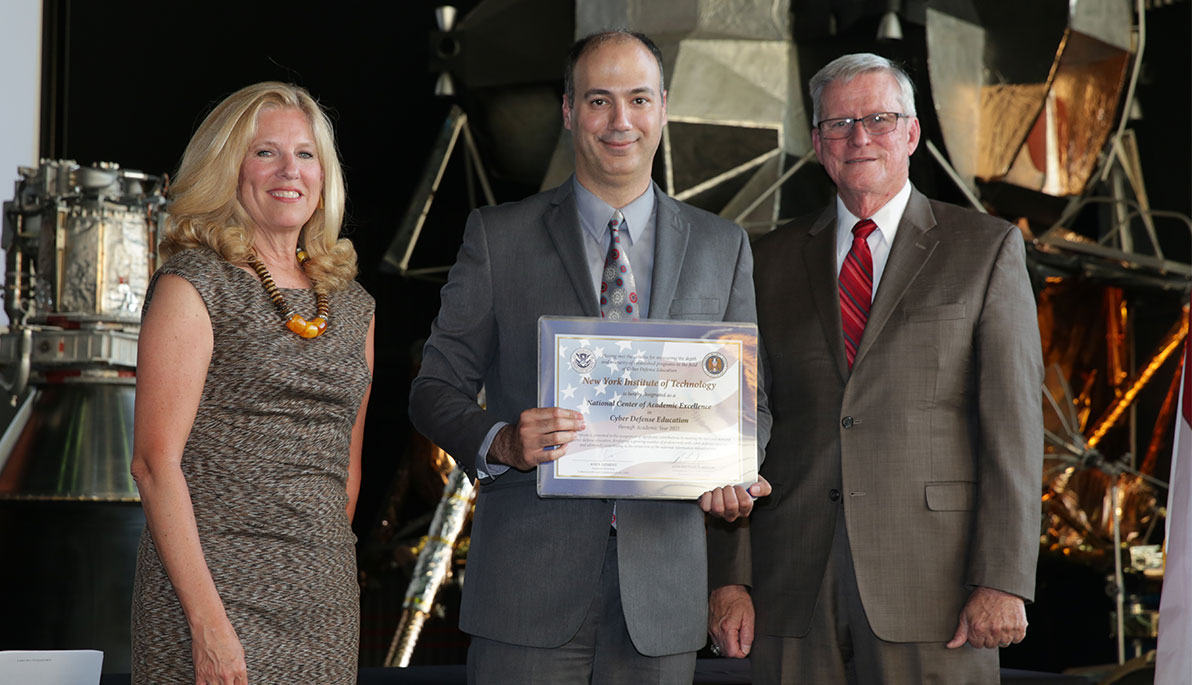 In recent years, NYIT has become a catalyst for technological innovation and entrepreneurship through its partnerships with national and regional government agencies to support the economic development of both Long Island and the greater New York metropolitan region.

An important step in the establishment of this research facility is NYIT’s recent designation by the National Security Agency (NSA) and the Department of Homeland Security (DHS) as a National Center of Academic Excellence in Cyber Defense Education, the first college on Long Island to receive this designation. Earlier this month, Thaier Hayajneh, Ph.D., assistant professor of Computer Science (pictured above, center), traveled to the Annual National Cybersecurity Summit in Huntsville, Ala., to receive the official certificate from Suzanne Spaulding, Under Secretary for the National Protection and Programs Directorate, DHS, (pictured above, left) and Dr. Leonard Reinsfelder, Commandant of the National Cryptologic School, NSA (pictured above, right).

Additionally, and as further evidence of NYIT’s expertise and leadership in cybersecurity, NYIT recently published two op-eds on the topics of cyber education and the internet of things. NYIT was also asked by IDA’s director of Business Development, Nicholas Terzulli, to be among local “attractions” in Nassau County IDA’s new TV commercial focused on attracting business to the county. 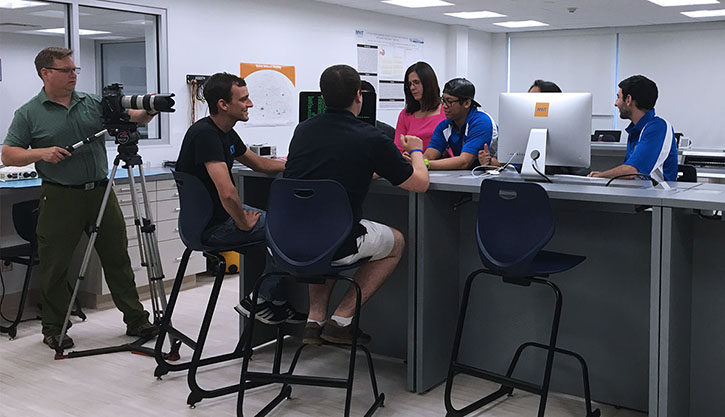 The commercial shoot, which took place in the ETIC and will air on cable outlets on Long Island and select markets in Connecticut, New Jersey, and Pennsylvania this summer, included Life Science students Caroline Herrera and Raiyan Islam, and SoECS students Anthony Hutti, Darren Khezrie, and Renzo Rillas (pictured above).