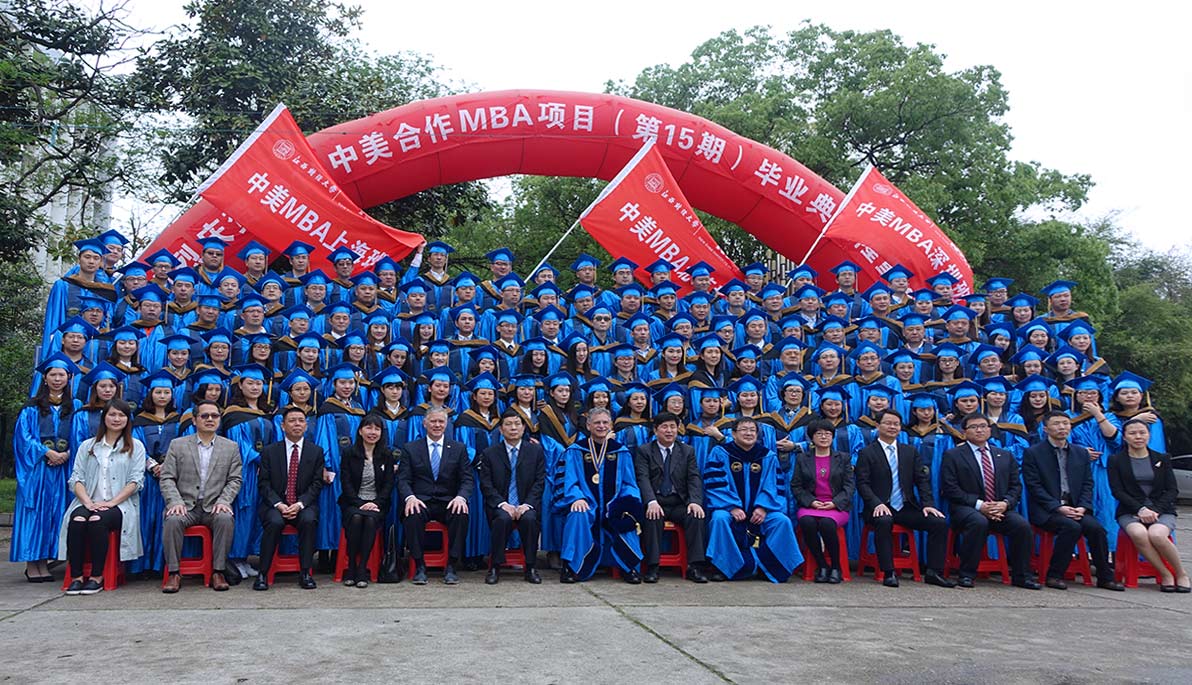 The most recent graduating class from NYIT’s oldest partnership in China received their M.B.A. degrees last week. Nearly 120 students gathered from various parts of China to be honored at NYIT’s 15th graduation ceremony in cooperation with partner Jiangxi University of Finance and Economics (JUFE), in the southern city of Nanchang. Thirty-eight of the new NYIT graduates, along with their family and friends, are also planning to attend NYIT’s commencement ceremony on May 22 in Old Westbury.

Noting China’s crucial role in the world economy, President Edward Guiliano, Ph.D., told assembled graduates, “You are among a remarkable and elite few. A mere fraction of the college graduates in China hold the M.B.A. degree, and … business leaders in China will continue to rely upon you.”

Tang Jiexiang, from Beijing, and Chen Min, from Shanghai, represented the graduating class in addressing the audience in both English and Chinese. “NYIT faculty members are like candles,” they said. “They burn themselves to give brightness to the students.”

Another notable graduate in this year’s cohort is Qiaoying (Betty) Zhang, who had previously earned her bachelor’s degree through NYIT-Nanjing and works in the NYIT Shanghai Office of Student Affairs. She said earning her M.B.A. makes her feel “proud to be an NYIT alumni, again.” Echoing the student speakers at the ceremony, Betty expressed her sincere thanks to Associate Dean Liu for his enlightening lectures and to President Guiliano for extending NYIT’s global education to China.

In 1997, NYIT became one of the first foreign universities to receive approval from China’s Ministry of Education to operate an M.B.A., through an agreement with its partner JUFE, which is based in Nanchang.