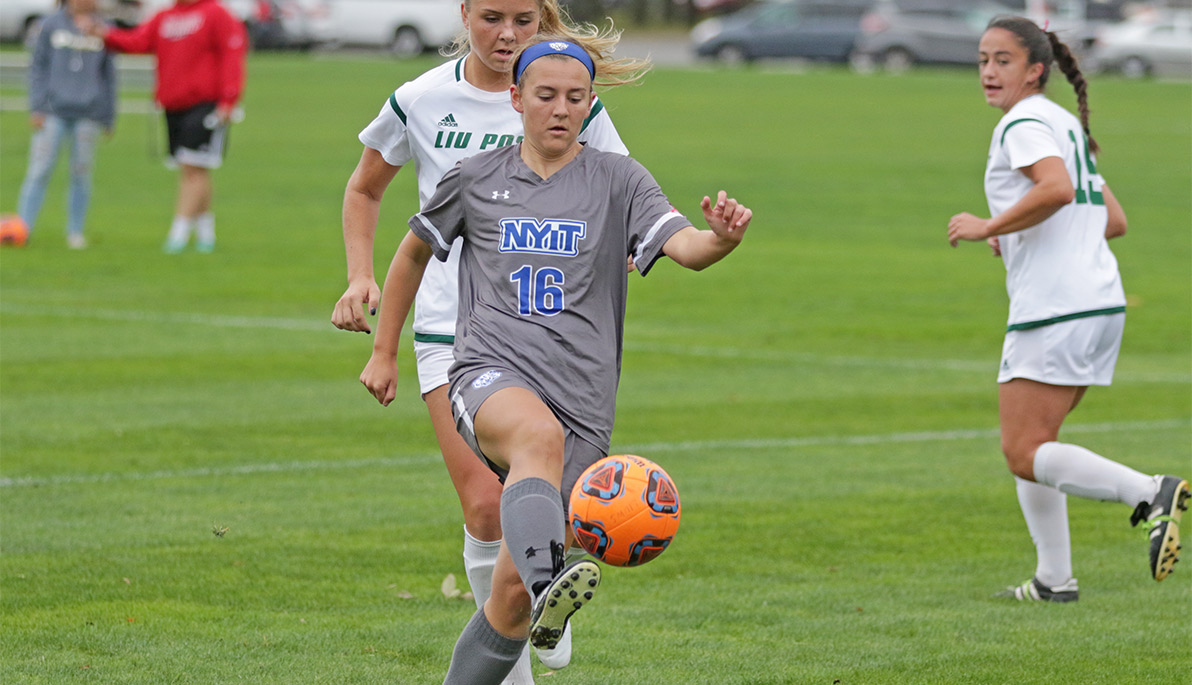 NYIT Athletics ended the fall season on a high note. The teams combined to post an incredible .648 winning percentage, one East Coast Conference (ECC) title, and one NCAA Tournament appearance.

Read on to find out how women’s tennis, volleyball, women’s soccer, men’s soccer, and cross country fared this season.

Women’s Tennis
The women’s tennis team continued to set the standard for NYIT Athletics success. The squad won its sixth straight conference title to earn an automatic bid to the NCAA Championships in the spring. With NYIT and Queens College deadlocked at four matches apiece in the conference title match on October 28, ECC Rookie of the Year Ivana Andric topped Laura Ortega Jover in a three-set thriller at third singles to deliver the Bears the six-peat.

“I wasn’t really nervous,” said Andric, a freshman from Griesheim, Germany. “And even though I played three hours, I believed in myself. The girls were cheering, and I just wanted to make NYIT proud.”

Women’s tennis senior Lena Dimmer and graduate student Alessia Rossetti came within one win of a national doubles title. And Dimmer earned the East Region singles championship and is the top-ranked player in the East in the initial 2017-2018 rankings.

Volleyball
The volleyball team earned its third straight NCAA Tournament berth, but lost in the opening round to Southern Connecticut State. Nevertheless, the Bears finished with a 25-9 record. Senior Karolina Moderova became the first NYIT volleyball player to be honored with the American Volleyball Coaches Association East Region Player of the Year award. Moderova, Allison Fowler, and Tiffany Verni were all first-team All-ECC selections. 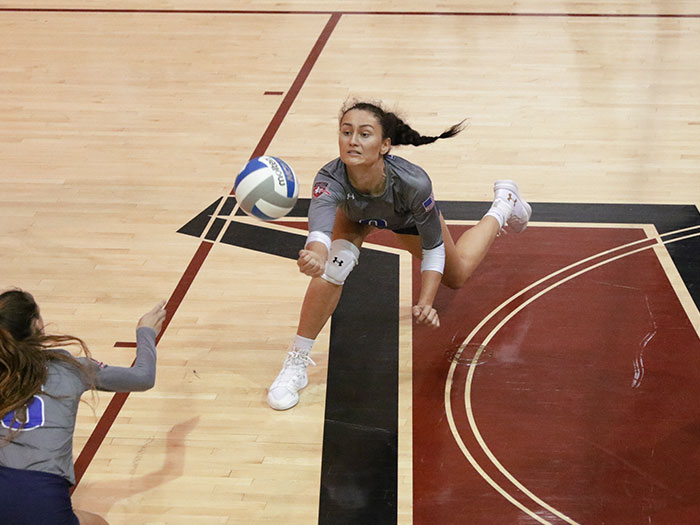 Women’s Soccer
The women’s soccer team may not have the same tradition of dominance as other NYIT programs, but the Bears seemed to have turned a corner this past fall. With a 9-7 record, the squad produced the third winning season in program history and came within a point of qualifying for its first-ever ECC Championships tournament. Senior captain Dina Simonian and junior back Jess Hawley were United Soccer Coaches Association third-team all-region selections. Simonian finished her NYIT career with 20 goals, tied for sixth most in program history. Freshman Casey Luongo had a team-high 11 goals, two shy of matching NYIT’s single-season record.

Cross Country
The cross country teams benefited from a pair of freshman standouts, both from Eldoret, Kenya. For the men, Noah Simatei claimed ECC Rookie of the Year honors and won four straight meets during the season. On the women’s side, Monicah Jebor was twice named the ECC’s Rookie of the Week and four other times was named to the league’s weekly honor roll.

Watch the Bears in Brooklyn: January 10, 2018
The NYIT basketball season is already in full swing. Watch the men’s basketball team play Assumption College at Barclays Center in Brooklyn, N.Y., on January 10 at 1:30 p.m. Tickets cost $10 for students and $40 for alumni and friends of NYIT and also include admission to the Nets-Pistons game that evening. Alumni and friends also are eligible to attend a reception between games at nearby McMahon’s Public House. Register and get more information.