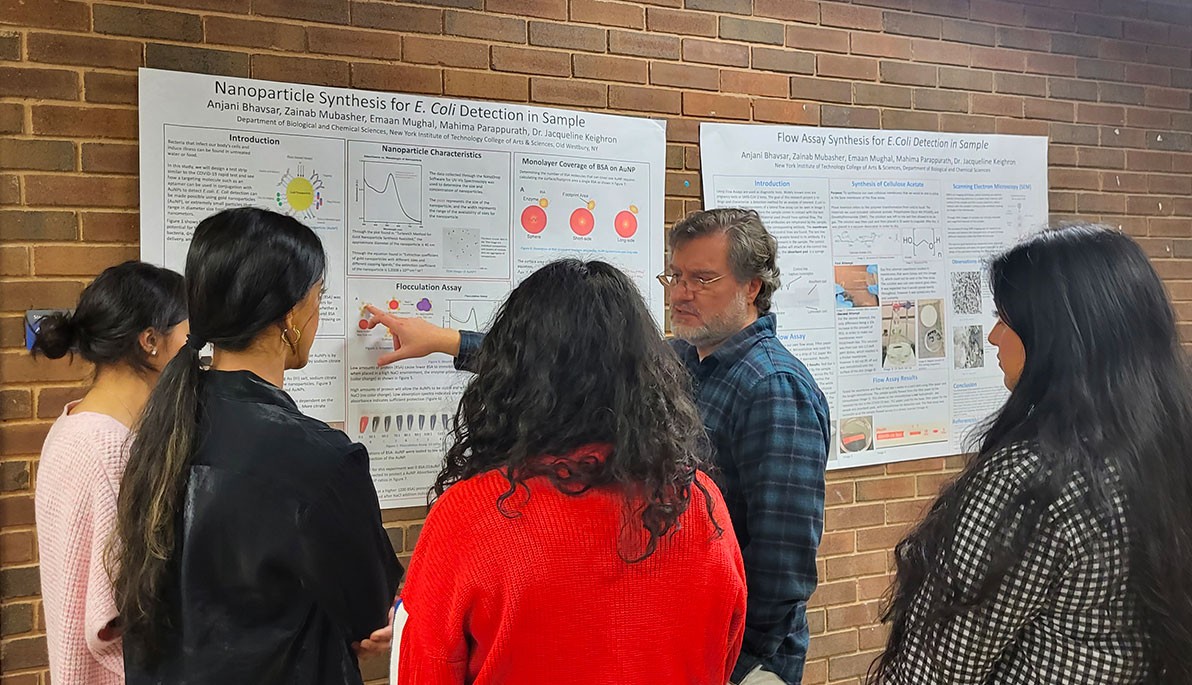 On December 16, more than 40 students enrolled in undergraduate life sciences research classes showcased their findings at a symposium organized by the Department of Biological and Chemical Sciences.

“These research courses force students to engage with the scientific method, think critically about a problem, and design and then perform experiments to address that research question,” said Gibb. “It’s wonderful to see students who walk into class at the beginning of the semester with little to no prior research experience grow into competent scientists who can communicate their work effectively and show actual excitement about their research and science.”

One student who completed impressive research was senior Christine Lopresti, a chemistry major who plans to graduate this semester. She completed her study under the mentorship of Fiorito, whose research focuses on discovering and developing new treatments for neurodegenerative diseases, including Alzheimer’s disease. Lopresti’s poster illustrated a new compound that could potentially serve as an Alzheimer’s disease treatment by inhibiting an enzyme called PDE5, helping to relax muscles and increase blood flow to the brain. As she explained, the ability to successfully synthesize the new compound was a promising outcome, and further research could confirm the molecule’s ability to act on the PDE5 enzyme. 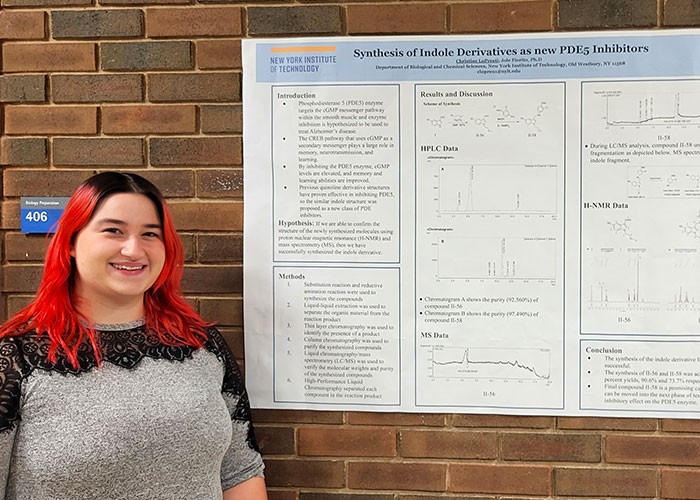 “From my research, we found that it is possible to synthesize the [structure] of these PDE5 inhibitors with a relatively high yield and purity,” said Lopresti. “This allows us to further our research into testing their reactivity against the enzyme, which would show us how well they may work for their intended purpose of PDE5 enzyme inhibition.”

Lopresti plans to one day pursue a career in cosmetic chemistry and will attend graduate school next fall to earn a master’s degree in chemistry.

“With projects like these you can see the students become excited about the topic and the research process,” Keighron said. “They start to propose independent ideas of what to do next and how to solve the next problem. That demonstrates how they’ve grown as scientists and the potential they have to do great things in the future.”