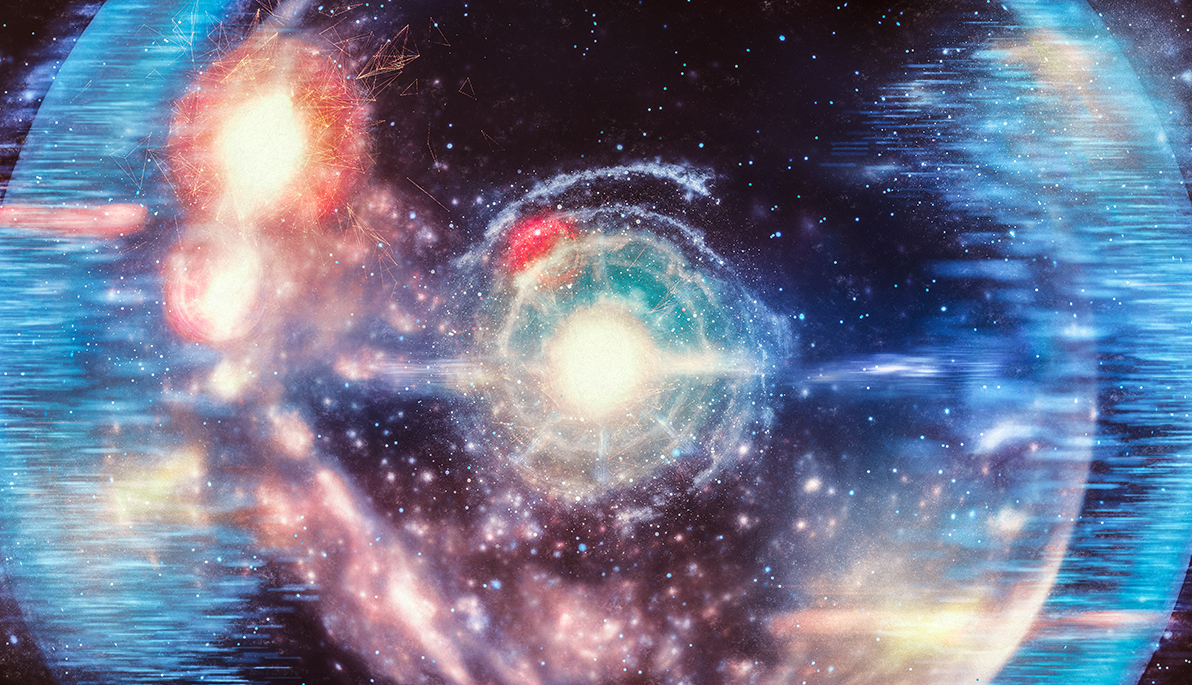 Assistant Professor of Physics Eve Armstrong, Ph.D., has secured a grant from the National Science Foundation (NSF) to solve one of science’s greatest mysteries: how the universe formed from stardust.

Many of the universe’s elements, including the calcium found in human bones and iron in skyscrapers, originated from ancient stars. However, scientists have long sought to understand the cosmic processes that formed other elements—those with undetermined origins. Armstrong will perform the first known research project that uses weather prediction techniques to explain these events. Her revolutionary work will be funded by a two-year $299,998 NSF EAGER grant, an award that supports early-stage exploratory projects on untested but potentially transformative ideas that could be considered “high risk/high payoff.”

While the Big Bang created the first and lightest elements (hydrogen and helium), the next and heavier elements (up to iron on the periodic table) formed later inside ancient, massive stars. When these stars exploded, their matter catapulted into space, seeding that space with elements. Eventually, stardust matter from these supernovae formed the sun and planets, and over billions of years, Earth’s matter coalesced into the first life forms. However, the origins of elements heavier than iron, such as gold and copper, remain unknown. While they may have formed during a supernova explosion, current computational techniques render it difficult to comprehensively study the physics of these events. In addition, supernovae are rare, occurring about once every 50 years, and the only existing data is from the last explosion in 1987.

Armstrong posits that a weather prediction technique called data assimilation may enhance understanding of these events. The technique relies on very limited information to sequentially estimate weather changes over time, which may make it conducive to modeling supernovae conditions. With simulated data, in preparation for the next supernova event, Armstrong and undergraduate New York Tech students will use data assimilation to predict whether the supernova environment could have given rise to some heavy elements. If successful, these “forecasts” may allow scientists to determine which elements formed from supernova stardust.

“Physicists have sought for years to understand how, in seconds, giant stars exploded and created the substances that led to our existence. A technique from another scientific field, meteorology, may help to explain an important piece of this puzzle that traditional tools render difficult to access,” says Armstrong.

The NSF is an independent agency of the U.S. government that supports fundamental research and education in all the non-medical fields of science and engineering. Its medical counterpart is the National Institutes of Health. NSF funding accounts for approximately 27 percent of the total federal budget for basic research conducted at U.S. colleges and universities.

This project is funded by NSF EAGER Award ID No. 2139004 and will be completed in partnership with University of Wisconsin–Madison physicist Akif Baha Balantekin, Ph.D.

The content is solely the responsibility of the authors and does not necessarily represent the official views of the NSF.