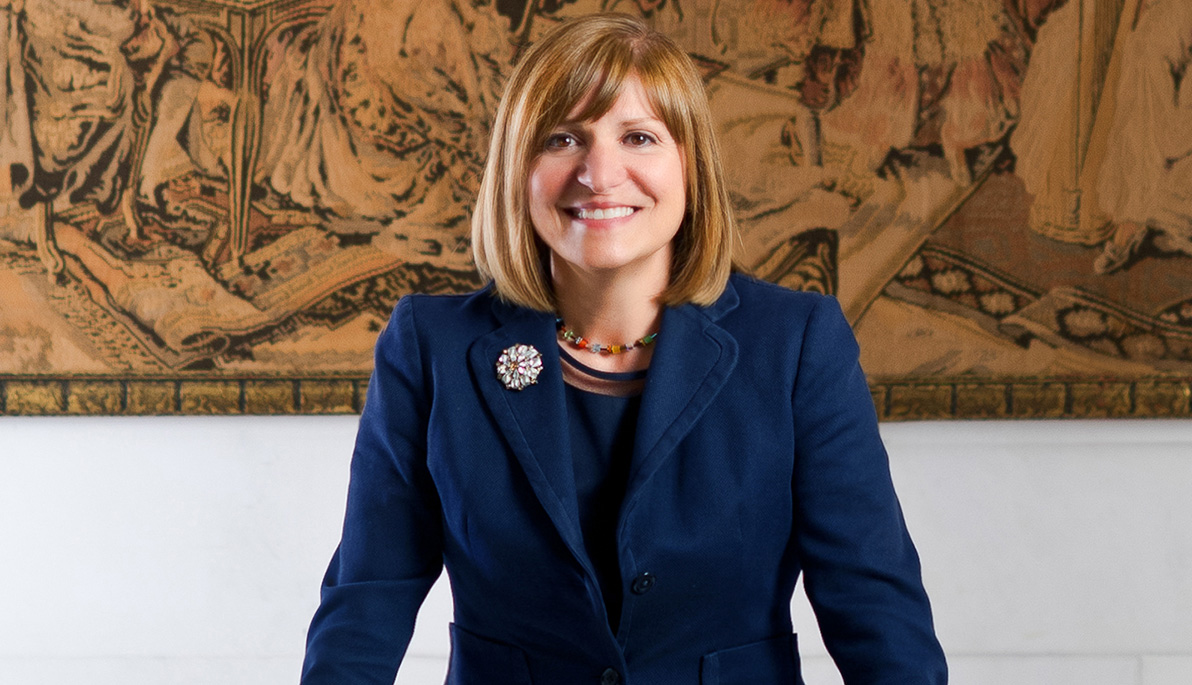 On behalf of Vice President and former College of Engineering and Computing Sciences Dean Nada Anid, Ph.D., who passed away on September 28, a scholarship fund has been established by her family to honor her life’s work. A passionate advocate for the advancement of women in science, technology, engineering, and math (STEM) fields, the Nada Anid Scholarship Fund will support women in STEM at New York Tech while honoring her legacy and innumerable contributions to the university.

Anid joined New York Tech in 2009 as the first female dean of the School of Engineering and Computing Sciences (now the College of Engineering and Computing Sciences) and quickly elevated New York Tech’s stature on the national and global stage while securing millions of dollars of funding and attracting high caliber faculty, students, and partners to the university.

In that role, she spearheaded the creation of New York Tech’s National Security Agency/Department of Homeland Security National Center of Academic Excellence in Cyber Defense Education, its federally and state-funded Entrepreneurship and Technology Innovation Center (ETIC), and its Empire State Development’s Division of Science, Technology and Innovation (NYSTAR)-certified business incubator. She also oversaw the overhaul of the school’s academic offerings and research facilities and the recruitment of outstanding faculty in the areas of cybersecurity, bioengineering, and clean energy and water.

In 2018, Anid became the vice president for strategic communications and external affairs, a role dedicated to articulating and elevating New York Tech’s stature as a premier polytechnic that fosters technology, innovation, and entrepreneurship.

During her tenure as vice president, she joined Catherine A. Allen, founder and CEO of The Santa Fe Group and member of the New York Institute of Technology Board of Trustees, to establish the Women’s Technology Council in the spring of 2019 to help empower women throughout their careers, beginning with their time as college students.

Anid is survived by her husband and two daughters. In a statement, they expressed their appreciation to the community. “The Anid family would like to extend our deepest gratitude for your continued love, support, and kindness during this difficult time. Over the years, we have witnessed Nada’s immeasurable impact on the New York Tech community and far beyond. She was a true force of nature, and her loss leaves a gaping hole in our hearts and minds. We are honored to preserve Nada’s legacy and her unwavering dedication to educating women in STEM.”

Those who wish to make a contribution in any amount to the Nada Anid Scholarship Fund may do so online.