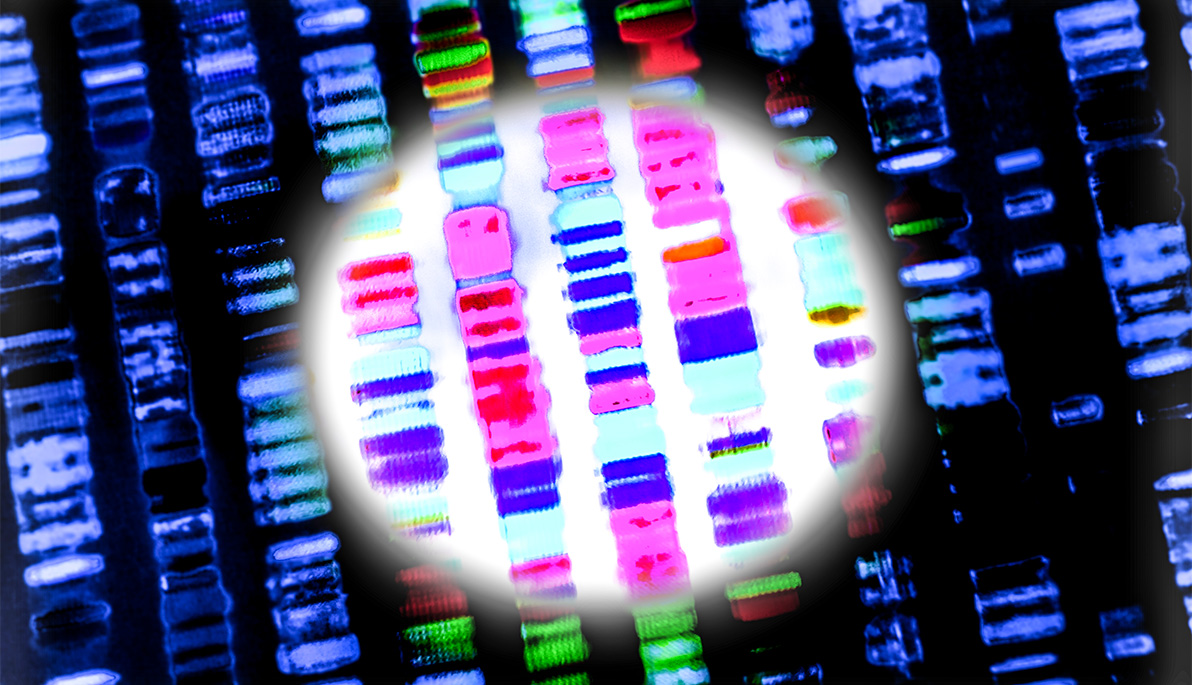 Could environmental changes be putting the human genome at risk?

That’s what scientists and engineers, led by a researcher in NYIT College of Arts and Sciences, aim to solve. Their findings were published in Nucleic Acid Research, an esteemed journal in the genetic research field.

Shenglong Zhang, Ph.D., associate professor of Biological and Chemical Sciences, and his team, including Wenjia Li, Ph.D., assistant professor of Computer Science in NYIT College of Engineering and Computing Sciences, developed a new method to uncover changes to ribonucleic acid (RNA) molecules. RNA acts as a messenger during cell replication, carrying instructions from an organism’s DNA that code for new proteins. When RNA is modified, the proteins that it helps to produce may form abnormally or in some cases not form at all. Ingredients in the food we eat or particles in the air we breathe could potentially be causing these protein modifications, which have been linked to breast cancer, type 2 diabetes, and obesity. In addition, the accelerated pace of today’s modifications could have serious consequences for future generations. One person’s RNA and their predisposition to certain diseases may impact their descendants far down the line.

Current methods of analyzing RNA sequences only evaluate four known ribonucleotides. Yet there may be as many as 160, which leaves much to the unknown. Scientists have long used mass spectrometry (MS), a technique that measures the mass-to-charge ratio of ions, to reveal protein modifications. However, MS results are complex and alone cannot reveal the identity and position of RNA modifications.

That’s where Zhang’s team proposes a new strategy. The researchers combined the MS technique with liquid chromatography (LC), a process that separates ions dissolved in a solvent. They then applied the results to a newly developed algorithm, which proved effective in sequencing the samples. The method’s success indicates that it could be used to identify, locate, and quantify a broad spectrum of RNA modifications in human, animal, and bacterial cells. This improved understanding could open doors to new therapies and treatments and also has the potential to work well with other tools already in use, such as next generation sequencing (NGS) technology.

“Our method can help to identify, locate, and quantify these RNA modifications, allowing us to better understand them and develop therapeutic solutions,” said Zhang. “Once fully optimized, we expect this method will facilitate the discovery of more unknown RNA modifications, along with their location and abundance of information, which no other established sequencing methods are currently capable of doing.”

The study was funded by a 2017 research award from the National Institutes of Health’s National Human Genome Research Institute. Continuing their work under the multi-year grant, Zhang’s team will use advanced instruments with higher resolution and throughput to map longer RNA strands. A related study also published in Cold Spring Harbor Laboratory’s journal bioRxiv (pronounced “bio-archive”).