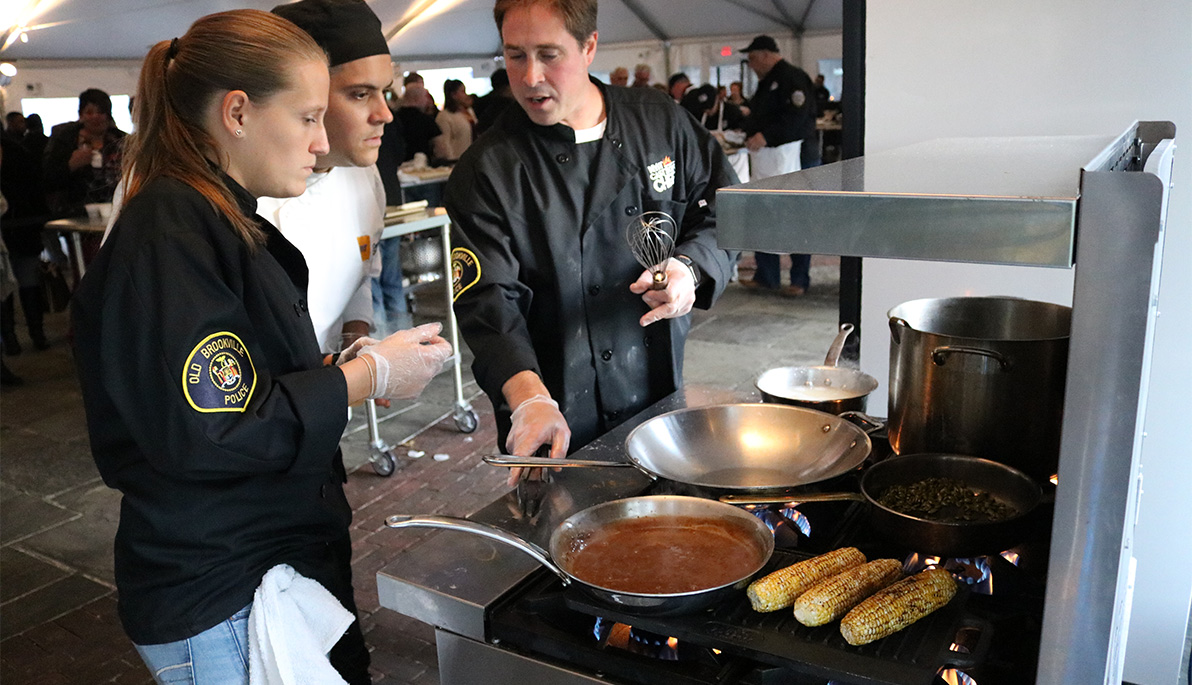 What do you get when you bring together 20 police officers with excellent chopping skills and celebrity chef Tom Schaudel? The NYIT Cast Iron Chef Competition.

The competition, modeled after shows like Chopped and Iron Chef, was held on October 25 at NYIT de Seversky Mansion. Five teams of four officers were challenged with creating an appetizer and an entrée with a basket of secret ingredients including ginger beer, dried wild mushrooms, canned chipotle peppers, beef jerky, black garlic, whole rabbit, pumpkin seeds, buttermilk, shrimp, and grits.

After opening remarks from Leonard Aubrey, vice president of finance and operations, chief financial officer, and treasurer at NYIT, and Robert Rizzuto, director of Dining Services, everyone was treated to a performance by the Nassau County Police Emerald Society Pipes & Drums. Before the teams took to their stations, the guests were invited onto the lawn for a flyby by a Nassau County Police Department helicopter.

The judges scored each team using criteria like execution, timing, creativity, flavor, texture, and presentation. After the scores were tallied, it was Suffolk County that took home first place.

While there could only be one winner, all the teams walked away with a prize. NYIT presented a $2,000 check to each team to a charity of their choice.