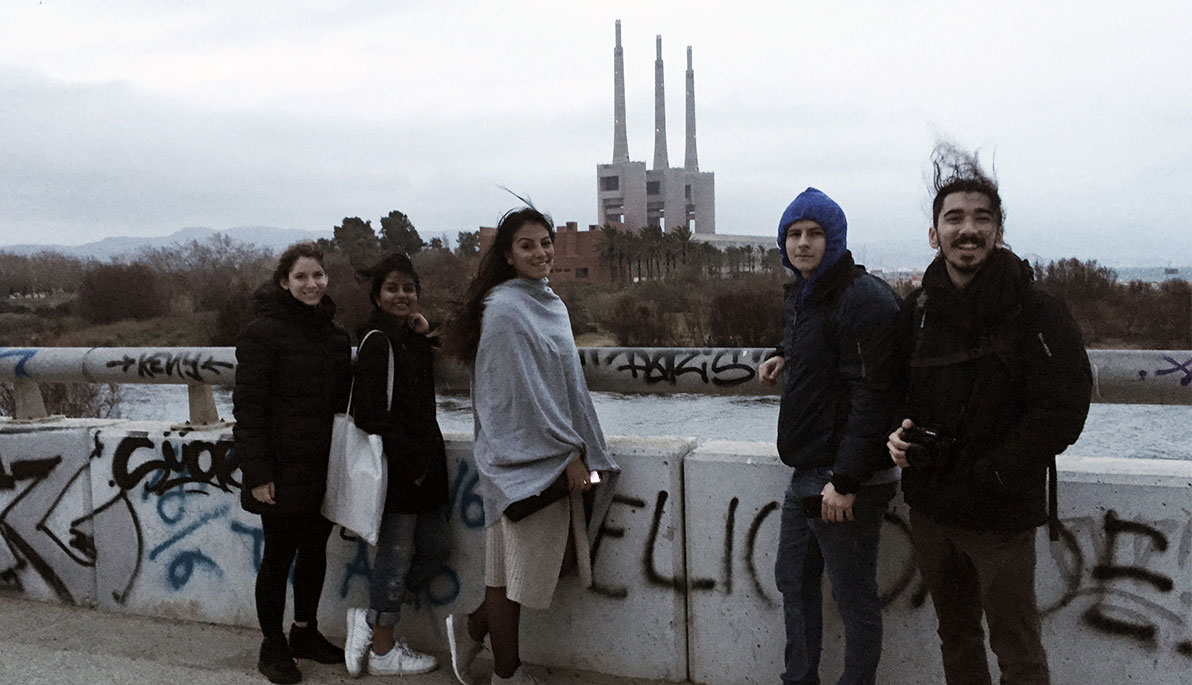 When NYIT student Hinali Shah entered the Can Framis Museum in Barcelona, she stood in awe—not just because of the contemporary paintings displaying artists of the Catalonia region of Spain, but also because of the museum’s unique architectural design.

The renovation of the art center, which is located on the site of a former textile factory, included restoring abandoned buildings and construction of a new one. Designed by architect Jordi Badia, the museum has won numerous design awards since opening its doors in 2009 and was nominated for the European Union Prize for Contemporary Architecture.

“The museum’s design blended with the art inside without overpowering it,” Shah recalls. “The feeling I got being inside was one of peace. It was almost spiritual.”

Can Framis Museum was just one of many sites that nine NYIT School of Architecture and Design students visited as part of a study abroad trip to Barcelona led by Associate Professor Giovanni Santamaria. Their primary focus, as part of a senior design studio, was to study the Besos river valley, which runs adjacent to Barcelona’s northeast border and exits into the Mediterranean Sea. 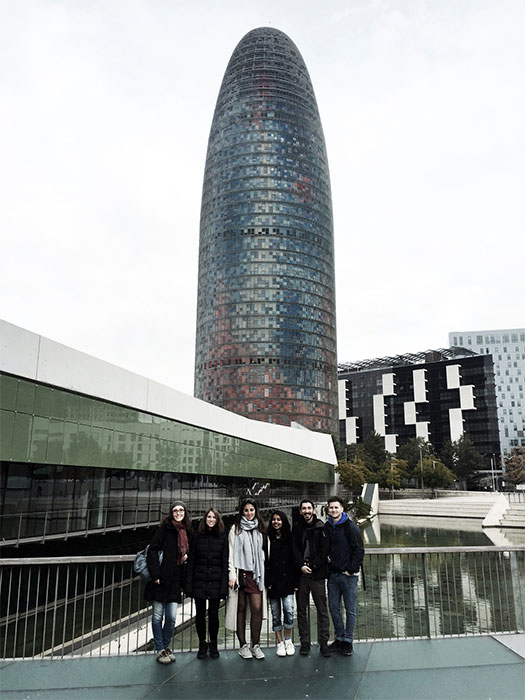 From left: Professor Anna Trillo from Universidad Autonoma de Barcelona poses with students Jamie Kushner, Liliana Hernandez, Hinali Shah, Herman Ovelar, and Miguel Varona at the DHUB Museum, which was designed by MBM Arquitectes. The tower in the background is the Torre Agbar by Jean Nouvel.

“Students explored several communities in the area to better understand the complex spatial, social, economic, and ecologic components of the site and their relationships to the metropolitan area,” says Santamaria. The students also met with local administrators, architects, and researchers to discuss urban ecology and worked alongside peers from the Universidad Autonoma de Barcelona and the International University of Catalonia.

“Collaborations and experiences with local universities, public administrations, decision makers, and local communities give NYIT students the opportunity to have a thorough understanding of different methodologies and approaches from both an academic and a professional point of view,” says Santamaria.

Notable site research for the students’ thesis work included the examination of public spaces and services throughout Barcelona as designed by Ildefons Cerdà, an urban planner who designed an expansion of the city called the Eixample in the 19th Century, as well as more recent experimental urban, post-industrialist renovations throughout city districts such as El Poblenou, Jardins de la Rambla de Sants, Rambla de Brasil, and 22@Barcelona, where the Can Framis Museum is located. Another site visit included the Sant Adria’ de Besos power plant (pictured above).

In the process, adds Santamaria, the students broaden their understanding of the role that urban designers play within the context of real-world physical and social environments.

“Going to Barcelona was one of the best experiences I’ve ever had as a student,” says Shah. “Getting to know local architects and other professionals was very interesting and helpful since they taught me about the city, its culture, and its politics from a different perspective.”