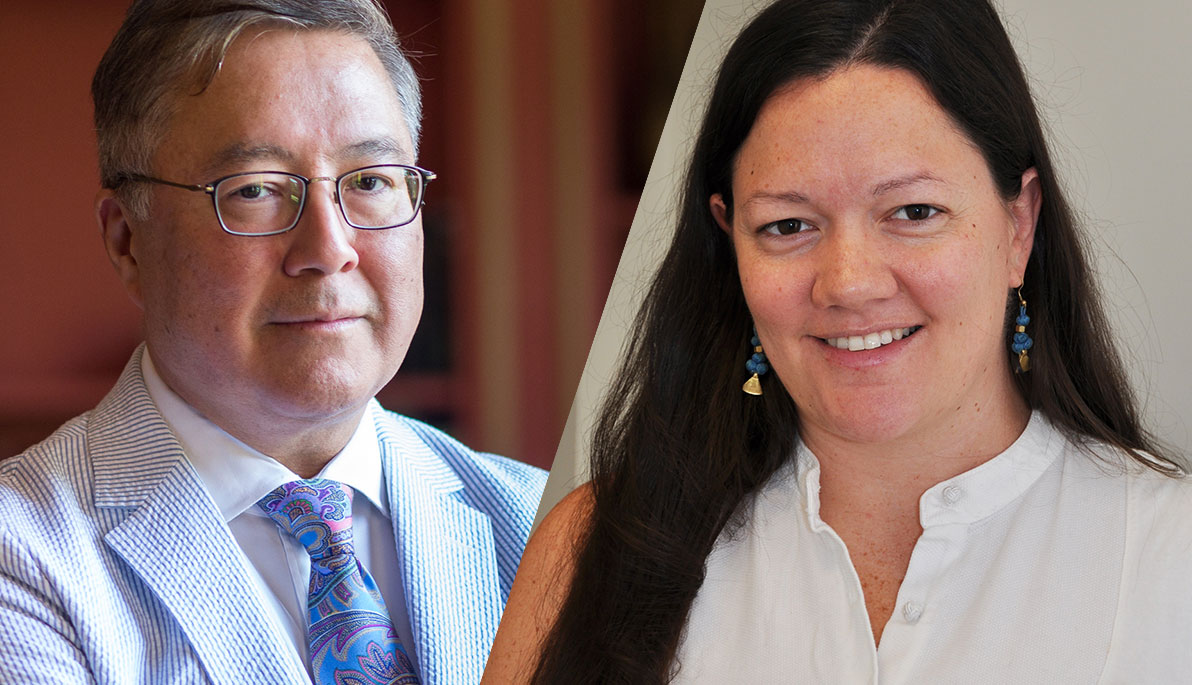 Pictured from left: Junius Gonzales and Emily Rukobo are among City & State New York’s The Responsible 100, an annual list honoring individuals whose work is making a difference in their communities in New York City and across the state.

Provost and Vice President for Academic Affairs Junius J. Gonzales, M.D., M.B.A., and Executive Director for Global Engagement Emily Rukobo, M.A., are among The Responsible 100, the City & State New York annual list honoring individuals whose work is making life better in communities in New York City and across the state.

On December 16, a virtual celebration was held to honor this year’s group of executives, thought leaders, visionaries and influencers working in government, higher education, business, healthcare and nonprofit organizations, among other fields, who are setting new standards of excellence, dedication and leadership in improving their communities and making transformative change.

In an article featuring the honorees, Gonzales described his view on social responsibility as “the idea that individuals must work not only for their individual benefits, but contribute positive change efforts for a greater group, like communities and society.” In terms of the best advice he has received, Gonzales said “never forget your own lived experiences. Understand, if possible, how they can, sometimes through joy and pain, help you make a more positive impact on those around you.”

Rukobo noted that social responsibility is a balance between progress and welfare of the environment and society. “I achieve social responsibility in my work by actively seeking out partners, new hires, and students who are interested in the greater good over their own benefit,” she said in the City & State article.

Watch the recording of the Zoom event and awards presentation.