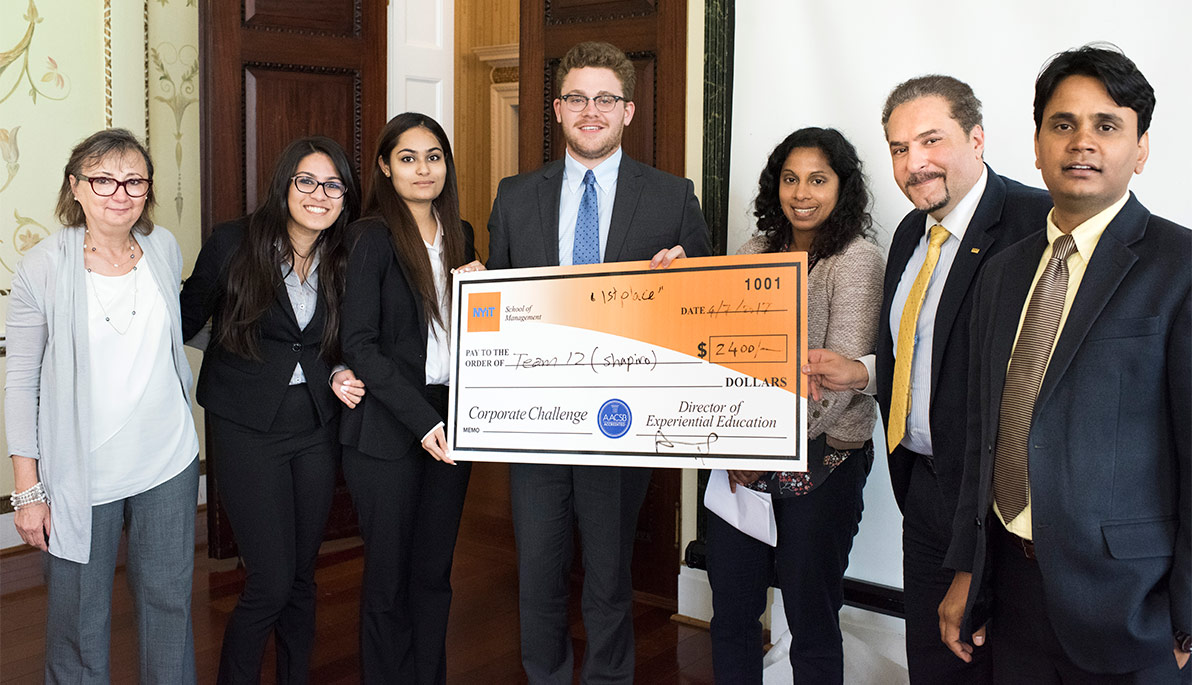 The spring semester is nearly over and for students, that means preparing for finals and thesis projects, summer internships, and what’s next on their path to success. To do that, they’ll need to draw from all they’ve learned and achieved so far. Read up on just some of the recent student accomplishments from around NYIT.

Corporate Challenge
NYIT School of Management held their 8th annual Corporate Challenge in April, which asks graduate and undergraduate students to solve a critical industry challenge for an existing business. This year’s partner, McGraw Hill Education, presented the students with a case study about how the education eco-system is moving towards digital/online course material and away from print course material. Under the direction of Assistant Professor and Director of Experiential Education Amr Swid, Ph.D., nearly 90 students broke into 18 teams and developed responses. Six teams ultimately made it to the final round, held on April 7, where they presented their concepts to a panel of experts. The winning team—students Shivangi Patel, Jacob Roscoe, Harshwardhan Shekhawat, and Pritika Thakkar—collected more than 100 surveys from 45 universities around the world and assessed current market trends and forecasts. Their data and analysis showed that while students prefer to study with both print and digital materials, they are quickly adapting to digital materials and platforms. Geshri Gunasekera, a judge and director of strategy and partnerships at McGraw Hill Education said, “I was extremely impressed by the amount of hard work and research each team did, and their suggestions will be no doubt very useful for the company.”

The Future of Retail Design


At NYIT-Abu Dhabi, four interior design students competed in the Future Retail Student Competition held as part of the World Retail Congress that took place in Dubai in April. This is the first time an NYIT team has participated in the event, which this year challenged students to develop a bricks and mortar component for a successful online-only retailer. NYIT team members Djan Javier, Marise Boutros, Fadi Dadis, and Abdelkader Khemir created a concept for the Emirati-based brand Khalidiya. Assistant Professor Basak Yuksel Balakrishnan said, “Even though the team could not win the first prize, they put together and gave an excellent presentation and represented NYIT AD Interior Design in the best way possible.” 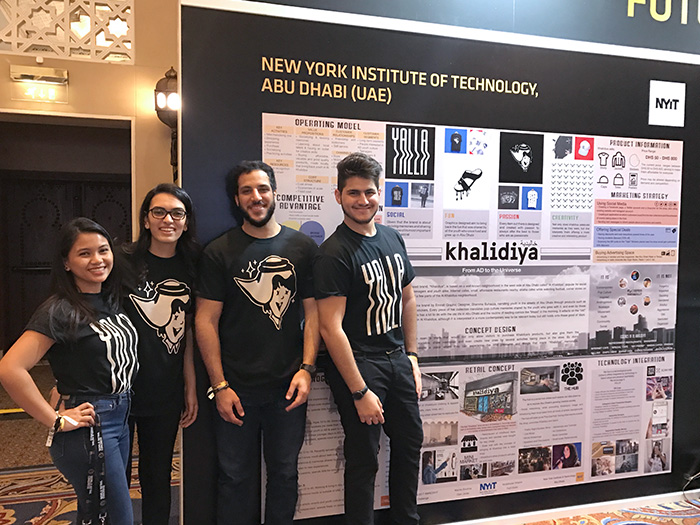 Women in Communications
Maylan Studart, a junior studying communication arts, was one of only 19 students to receive the prestigious New York Women in Communications scholarship for 2017. Studart, along with a select group of peers, was recognized at the Matrix Awards, which was emceed by Katie Couric and featured award winners including Savannah Guthrie and Gretchen Carlson. "I won the scholarship named the Esperanza Scholarship, which is sponsored by Daisy Expózito-Ulla [B.F.A. '75], an incredible woman in media and Cuban-American who is a NYIT alumna," said Studart. "How's that for a coincidence!"

Do you know of an impressive student whose work or accomplishments we should profile on The Box? Email us at box@nyit.edu.