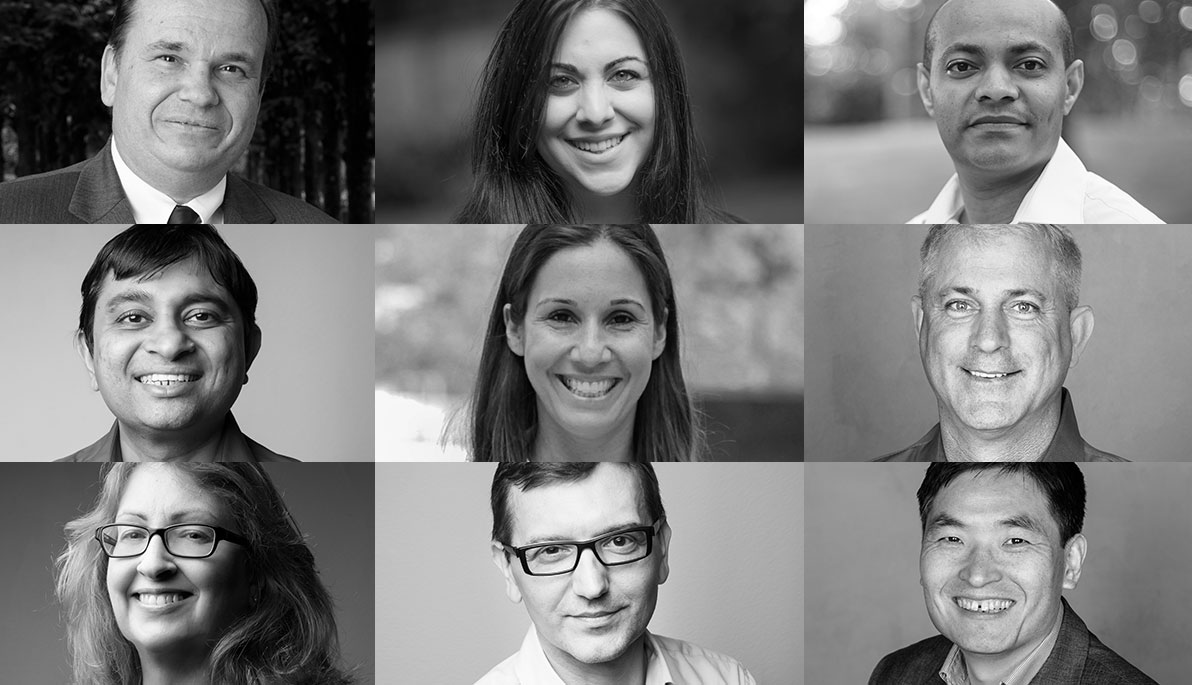 See the latest news from faculty members across NYIT’s schools and campuses. The NYIT Office of Academic Affairs regularly posts news and accomplishments updates on its web pages. If you are a staff or faculty member with news you would like to share with the NYIT community, please follow this procedure.

College of Arts and Sciences

Amanda Golden, Ph.D., assistant professor of English, launched her new book, The Business of Words: Reassessing Anne Sexton, at a roundtable event on April 2017 at The New York Public Library. Golden moderated the event, which convened poets and critics featured in her collection of essays—the first devoted to Sexton’s poetry in more than two decades—to discuss Sexton’s legacy. Golden also had an article, “Textbook Greek: Thoby Stephen in Jacob’s Room,” published in the 2017 volume of Woolf Studies Annual, a “refereed journal publishing substantial new scholarship on the work of Virginia Woolf and her milieu.”

John Hanc, M.A., associate professor of communication arts, was a guest faculty member at the annual Harvard Medical School Writing, Publishing, and Social Media for Healthcare Professional course in Boston. This is his seventh year teaching the course, which helps physicians and healthcare leaders improve their writing skills and get their work published. Hanc also published a story, “'Treasure Box' Sheds Light on History of Motor Parkway,” in the April 18, 2017 issue of the Newsday LI Life section. The Long Island Motor Parkway, which opened in 1908, was the world’s first highway designed exclusively for automobiles. After it closed in 1938, the 44-mile highway receded into the woods and backyards of modern suburbia until a treasure trove of original maps and surveyor’s drawings brought the “ghost parkway” back to life.

In March, Hanc published three articles in The New York Times: “Workers Are Working Longer—and Better” (March 2, 2017), focusing on older workers who “are not only staying, but thriving” in knowledge-based industries such as education, law, business, and social services; “From Downsizing Boomers, a Flood of Donated Art” (March 4, 2017), highlighting the growing trend of baby boomers “offloading” large stores of artwork while still alive and how it has created a boon of seventies art for museums and historical societies; and “Museums With Ideas, Goals and Sometimes Art. But Walls? No.” (March 17, 2017), exploring the “number of small but innovative institutions in the United States and Europe built around often challenging concepts and lacking an actual building to give them literal form.”

Kevin LaGrandeur, Ph.D., professor of English, was quoted at length in “Robophobia: Bridging the Uncanny Valley,” an article at asme.org, the website of The American Society of Mechanical Engineers. In his quote, LaGrandeur laments the slow adoption of robotics in North America and Europe versus their growing acceptance in Japanese households.

School of Engineering and Computing Sciences

Robert Amundsen, Ph.D., associate professor and chair of the Department of Energy Management, was featured in two articles: “Relying on Wind Power Could Cost Long Island” in Long Island Business News on May 2, 2017; and “Offshore Wind Farm May not Meet Peak Summer Demand on South Fork” in Newsday on April 16, 2017.

Paolo Gasti, Ph.D., assistant professor of computer science, co-authored “Privacy-Aware Caching in Information-Centric Networking,” which was published in the March 8, 2017, issue of IEEE Transactions on Dependable and Secure Computing. The article evaluates “some efficient countermeasures [against timing attacks] that offer quantifiable privacy guarantees while retaining the benefits of ICN [Information-Centric Networking].”

Sarah Meyland, Ph.D., associate professor of environmental technology and sustainability, presented “Water Use and the Cost of Drinking Water on LI, NY 2017” at the 2017 Groundwater Summit on May 5, 2017, in Huntington Station, New York.

Anand Santhanakrishnan, Ph.D., assistant professor of electrical and computer engineering, co-authored “Joint Spectrum and Energy Efficiency in Device to Device Communication Enabled Wireless Networks,” which was published in IEEE Transactions on Cognitive Communications and Networks (March 2017). The project was funded by an NYIT ISRC grant.

Xun Yu, Ph.D., associate professor and department chair of mechanical engineering, is serving as a guest editor for a special issue on “High Performance and Smart Nano Engineered Composites for Civil Infrastructures,” for Nanomaterials and Nanotechnology, a SAGE journal, with the first papers to be published in October 2017.

Christina Finn, M.S., assistant professor of occupational therapy and clinical associate of the NYIT Center for Sports Medicine, presented her poster, “The Role of Occupational Therapy in Concussion Management,” at the 2017 AOTA (American Occupational Therapy Association) Annual Conference and Centennial Celebration in Philadelphia. While there, she gave an interview on the role of occupational therapy in the treatment of concussions, which was promoted on social media sites by ImPACT Applications, Inc., the maker of the leading computerized concussion management tool.

John Handrakis, D.P.T., associate professor of physical therapy, had his manuscript “Effect of Heat Exposure on Cognition in Persons with Tetraplegia” accepted by Journal of Neurotrauma. Two of the co-authors (Zhen Ni Guan and John W. Nulty) are graduates of NYIT’s Physical Therapy, D.P.T. program. Handrakis’ abstract, “Developing a Feedback-Controlled Heated Vest to Address Thermoregulatory Dysfunction,” was also accepted for presentation at the 2017 Educational Conference of the Academy of Spinal Cord Injury Professionals (ASCIP), to be held September 3–6, 2017 in Denver.

Susan Neville, Ph.D., professor of nursing, received an award for 10 years of service from Nassau County’s Medical Reserve Corps (MRC). Over the years, she has served on the organization’s command staff and volunteered at numerous emergency sites, including local shelters during Hurricanes Irene and Sandy.

William Werner, Ed.D., associate professor of physical therapy, co-authored “The Reliability of the Sensory Organization Test in Parkinson’s Disease to Identify Fall Risk,” which was published in the International Journal of Neurologic Physical Therapy in March 2017.

School of Interdisciplinary Studies and Education

Elizabeth J. Donaldson, Ph.D., associate professor of English, gave the invited lecture, “Writing Madness: Fredric Wertham and the Psychiatric Utility of Literature,” at Columbia University’s Disability, Culture, and Society seminar series in March 2017. The seminar provided “a venue for scholars working in disability studies—which examines the social, political, cultural, and historical factors that define disability—to interrogate the current state of the field and identify the most crucial problems and concerns for its future.”

Purushottam Meena, Ph.D., assistant professor of operations management, co-chaired a special session, “Recent Trends in Maintenance, Production and Quality,” for CODIT’17, the IEEE International Conference on Control, Decisions, and Information Technologies, April 5–7, 2017, in Barcelona, Spain. At the session, panelists and attendees reviewed integrated approaches in the management and design of production systems, which has become a topic of increasing importance over the past few decades.

Radoslaw (Radek) Nowak, Ph.D., assistant professor of human resource studies, published a research paper, “Demystifying Absorptive Capacity: Focus on Firm Size and Employee Empowerment,” in the International Journal of Innovation Management, the official journal of the International Society of Professional Innovation Management (ISPIM), on February 7, 2017. In his study, Nowak found that a higher level of empowerment can alleviate the problem of diminished innovative capabilities in large bureaucratic organizations.

Joanne Scillitoe, Ph.D., associate professor of management, did a Q&A on entrepreneurship for a WalletHub piece, “2017’s Best Large Cities to Start a Business.” WalletHub is a website “dedicated to helping people efficiently attain top WalletFitness™ so they may enjoy life instead of worrying.”

Kelly Imperial, M.S., director of employment training, was appointed the new Education/Workforce Connection Committee Co-Chair for the Hauppauge Industrial Association of Long Island. Imperial is one of only a few not-for-profit representatives to act as a committee chair for this association.