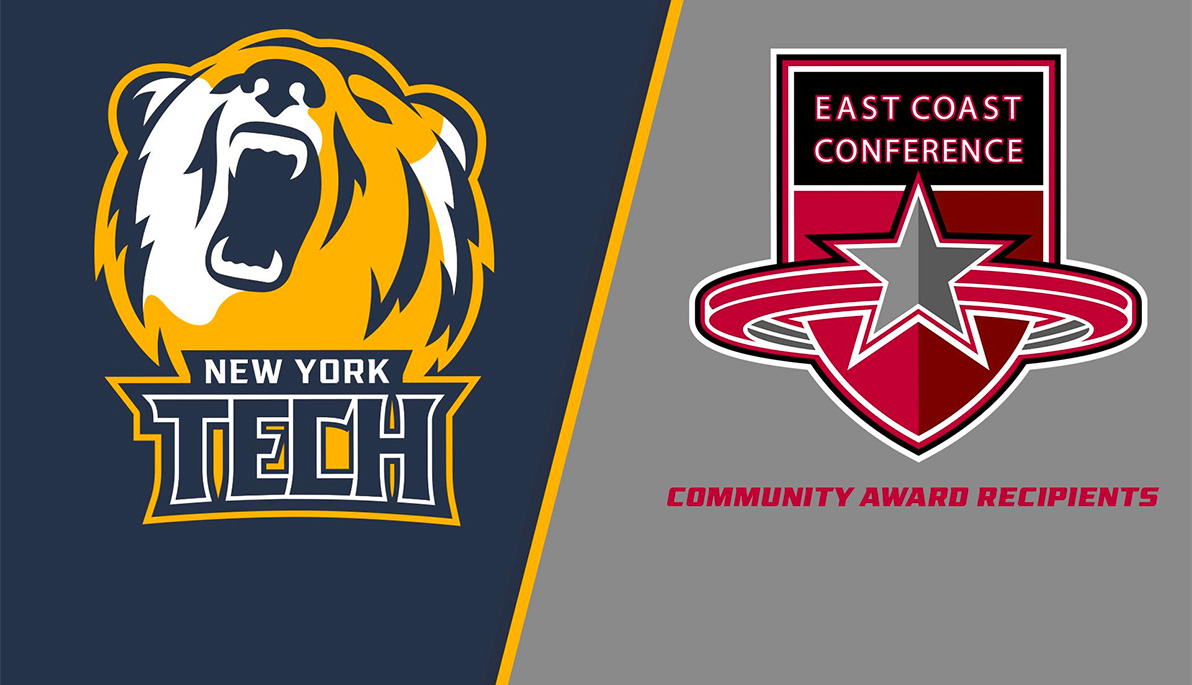 On June 9, when the East Coast Conference (ECC) announced its annual community-based awards, New York Tech went 2-for-3 in garnering this year’s top conference honors, winning both the Community Engagement Award of Excellence for the baseball team's work with the League of YES and the Community Cup for most community service hours per student-athlete.

New York Tech baseball team was recognized this year for its longstanding collaboration with the League of YES, which establishes and sustains baseball programs for people with disabilities, and for raising funds and hosting events and clinics for the organization.

Each League of YES player is assigned a BUDDY (Because Unbelievable Dedication Deserves You), a volunteer who assists with batting and running the bases at events, and, most importantly, is a friend to participants on and off the field. “There is nothing more special than being a BUDDY,” said New York Tech graduate student Nick Tedesco. “It allows you to make a difference while giving the athletes’ families peace of mind that their child will be taken care of…It’s great to make the kids feel good.”

League of YES events takes place over six weekends in the fall and spring at Eisenhower Park and the Brookhaven Amphitheater. This year, the baseball team also volunteered at a breakfast with Santa at Nassau Coliseum and raised $700 to purchase gifts distributed to the children.

In January 2020, the team's work with the League led to being named a finalist for the NCAA Division II Award of Excellence.

New York Tech’s athletic department was also awarded the ECC’s 2020 Community Cup, presented to the conference member with the most community service and community engagement hours per student-athlete.

The Bears’ teams averaged more than 14.3 hours of community service per student-athlete. Altogether, New York Tech’s student-athletes committed over 3,400 hours to support the community that supports them.

This year’s third major honor, the ECC Cares Award, was presented to Molloy College for leading the conference in most money raised per student-athlete towards collective causes. Each of the three annual awards comes with a $500 grant from the ECC to be used toward community efforts during the 2020-21 season.