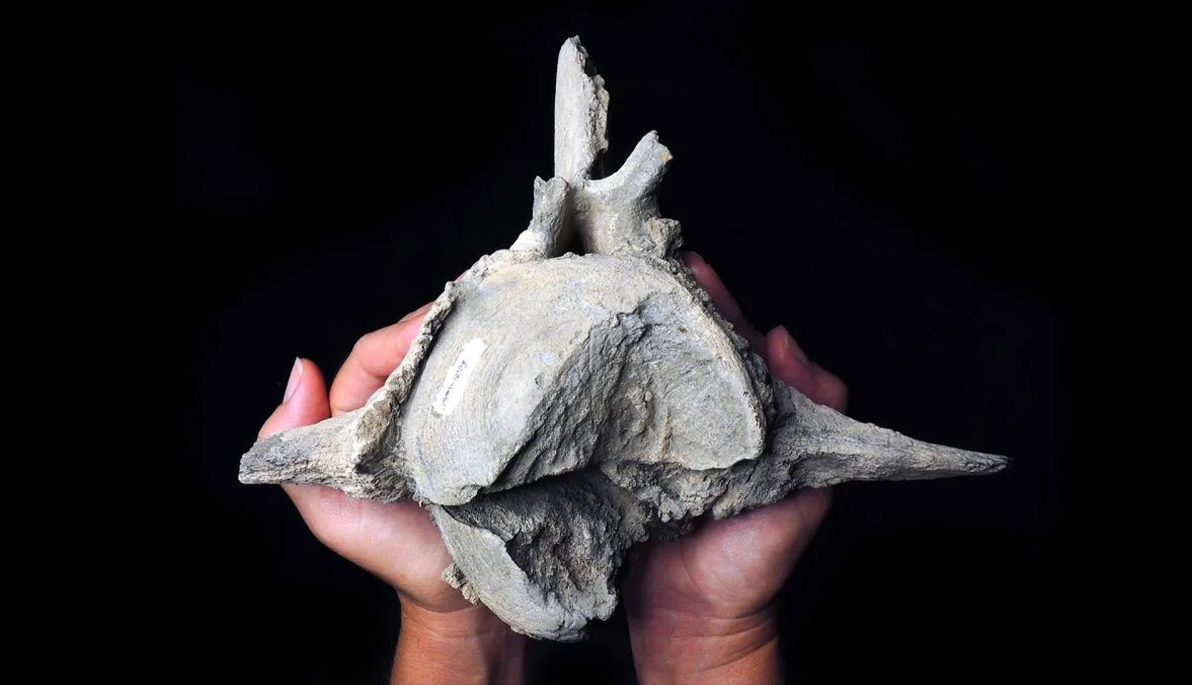 Pictured: The fossil of a 15-million-year-old whale vertebra is badly broken at the bottom due to an encounter with a megalodon. Credit: Calvert Marine Museum

A new research study co-authored by evolutionary biologist Brian Beatty, Ph.D., associate professor of anatomy at the College of Osteopathic Medicine, details a pair of 15-million-year-old fossils that could provide new insight into the predatory behavior of the giant prehistoric shark megalodon.

Discovered at Calvert Cliffs State Park (Md.) by a volunteer at the Calvert Marine Museum, the fossilized vertebrae (backbones) came from an ancient whale that sustained a bone-crushing injury. Beatty and museum researchers believe this injury was caused by a megalodon attack.

The detailed study of the two prehistoric fossils was published in the journal Paleontologica Electronica and suggests that the whale was likely about 13 feet long and sustained a major shear-compression fracture. No shear-compression fracture like this has ever been discovered in any living modern-day whale, even in injuries resulting from blunt force trauma caused by boat strikes. 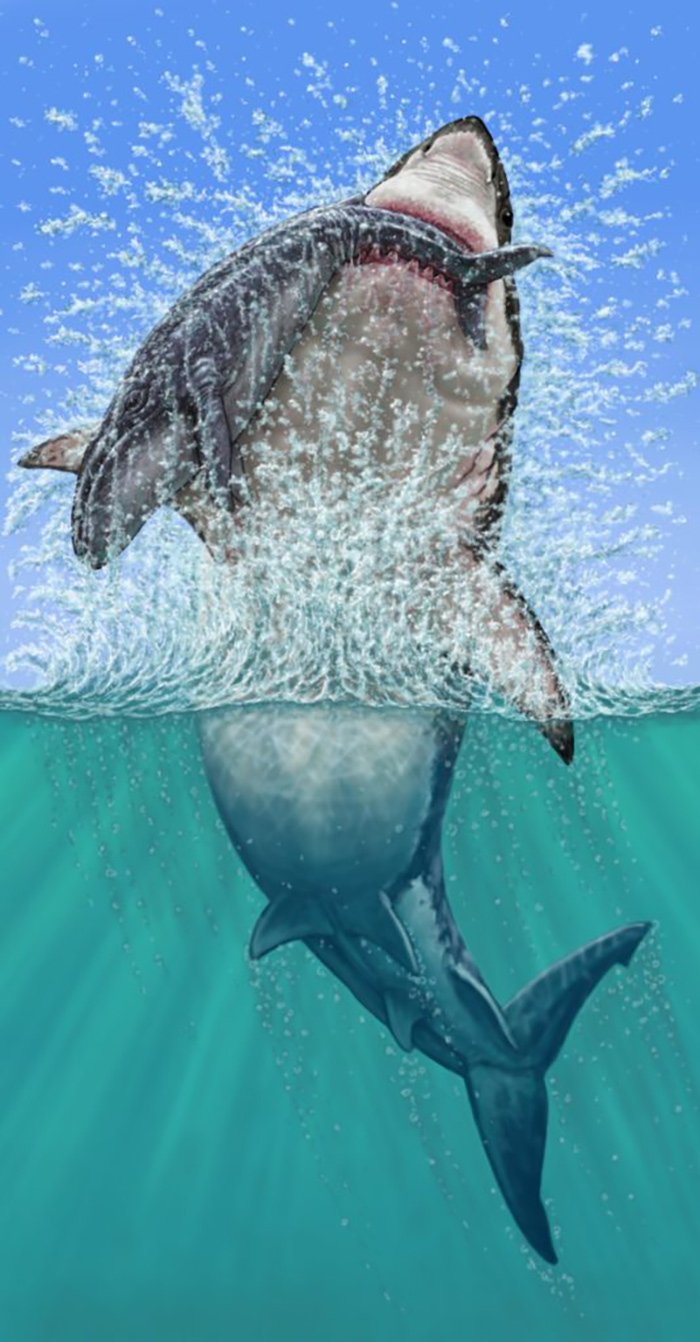 Illustration of the attack that likely crushed the whale’s vertebra. Credit: Clarence Schumaker, Courtesy of the Calvert Marine Museum

Megalodons, which are the ancestors of modern-day sharks, could feed on prey the size of an orca whale in as few as five bites. The largest megalodons are believed to have been as long as 58 and 72 feet and had teeth almost three times the size of today’s great white sharks.

To better understand the injury impact, the research team partnered with a local Maryland hospital to perform CT scans of the fossil. The images showed that the lower front end of one of the bones was broken off and slid into the bottom of the other, held in place by new bone growth. Remarkably, the whale also appears to have survived for another two months following the attack.

While alternative theories may explain how the whale sustained such an injury (perhaps it experienced a very severe seizure due to harmful algal blooms, like those happening in the seas in the present day), the researchers explain that the most likely cause was a “crushing ambush” from Otodus megalodon. This “mega-toothed” shark is known to have successfully preyed on whales and dolphins in the same region.

The tooth of a megalodon that was discovered with the whale vertebra fossil. Credit: the Calvert Marine Museum

Further supporting this theory, a stray megalodon tooth was found with the vertebrae, suggesting that the shark may have lost it during the attack. However, the researchers also note that it would have been possible for the megalodon to have lost its tooth while scavenging the whale after it had already died.

“Though we cannot know what caused this healed fracture with certainty, vertebral fractures like this are only known from sudden traumas and seizures, and whether it was a harmful algal bloom or a shark attack, we are lucky it survived and healed some. It is rare specimens like this that give us a glimpse of these fossils as individual lives that we can know,” says Beatty, who has extensively researched marine mammal evolution. 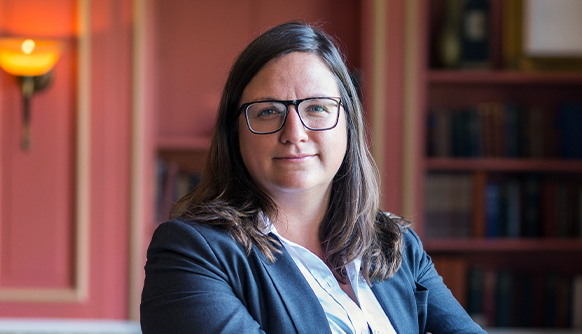