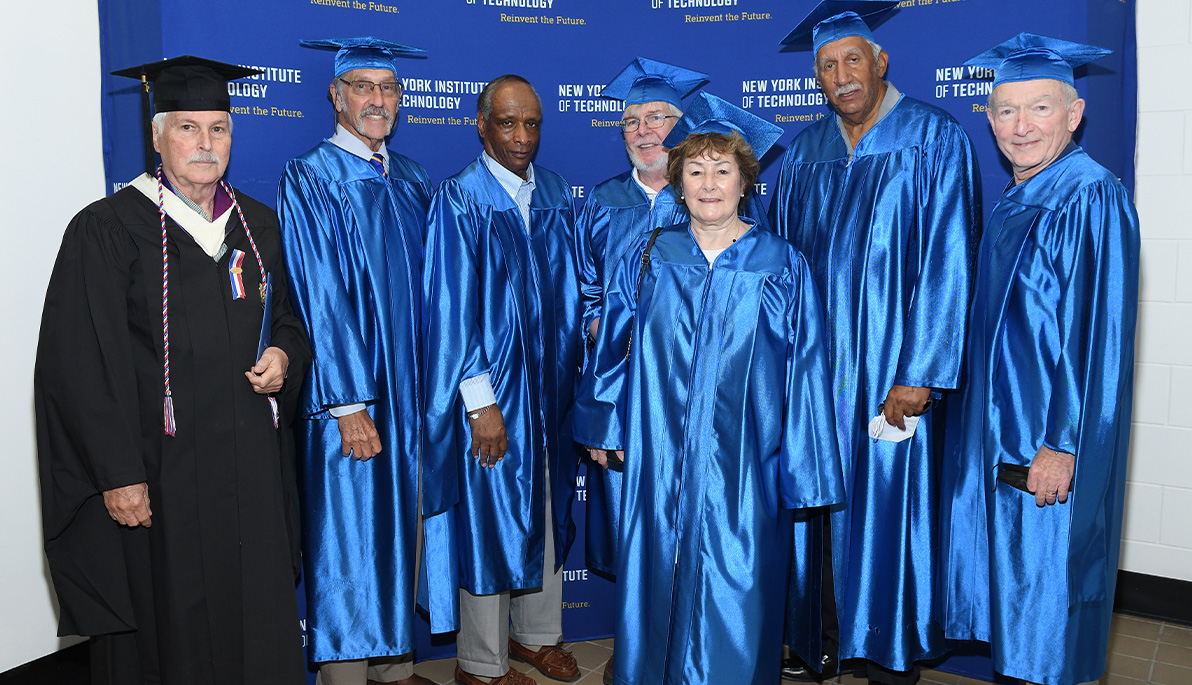 As New York Tech’s newest alumni received their degrees at the university’s 61st Commencement ceremony on May 22, a group of alumni from the classes of 1970—1972 rekindled memories and reconnected with classmates at their Golden Anniversary reunion on Saturday, May 21, and Sunday, May 22.

On Saturday, the alumni and their families took tours of New York Tech’s two New York campuses. The group visited the Nada Marie Anid Ph.D. Art Gallery and Student Lounge on the New York City campus, where they also enjoyed a luncheon. In the evening, they attended a dinner hosted by New York Tech President Hank Foley, Ph.D., and Vice President of Development and Alumni Relations Patrick Minson, Ed.D., on the Long Island campus, where they also met with College of Engineering and Computing Sciences Dean Babak D. Beheshti, Ph.D.

On Sunday, they regrouped for breakfast before joining the Class of 2022 in the processional.

Throughout their two-day visit, the alumni recalled their fondest memories. Thomas Kershaw (B.S. ’71) and Helene Klein Kershaw (B.S. ’70) reminisced about how they first met on the Long Island campus and two years later held their wedding at what is now Gerry House. Frank Krawiecki (B.S. ’70) said he was delighted to see that New York Tech is still using the name Roary for its mascot. He submitted the winning name in a contest in 2019. 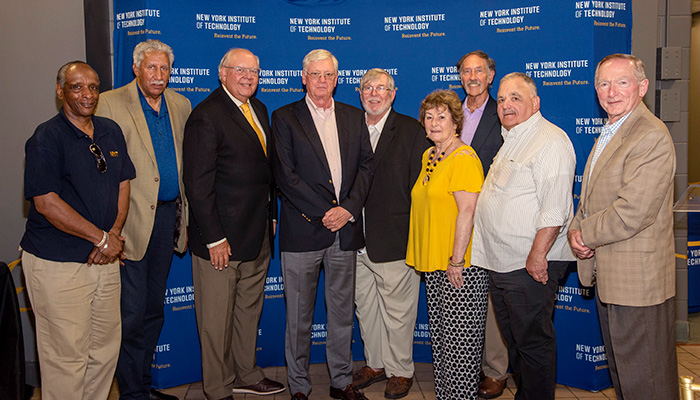 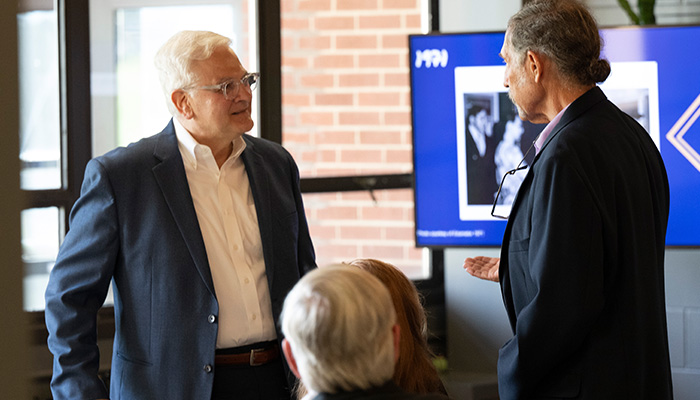 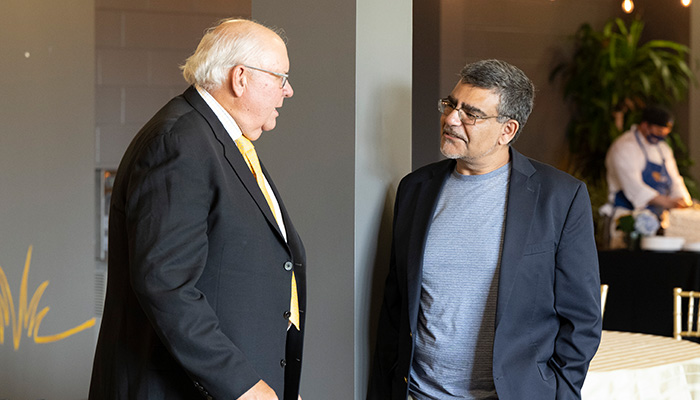 Dean Babak Beheshti (right) speaks with Frank Krawiecki at a dinner on the Long Island campus.