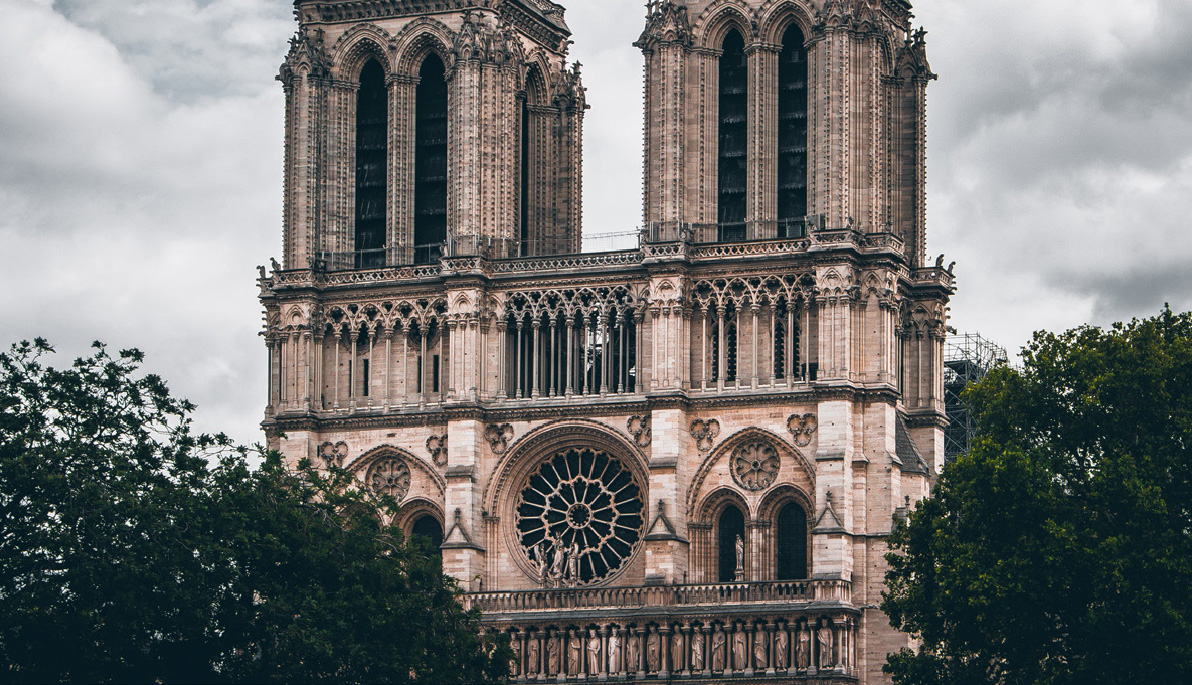 On February 10, more than 65 digital art and design students attended a two-hour class to learn from the creators of the animated film, Notre-Dame de Paris, The Age of Builders. The event was held in collaboration with New York Institute of Technology and the French Institute Alliance Française (FIAF) during FIAF’s Animation First Festival.

Emmanuel Blanchard, the film’s director and writer, and Jean-François Szlapka of SolidAnim Studio, discussed their four-year journey to produce the film and the obstacles they faced along the way. After a major fire caused extensive damage to the cathedral in April 2019, they explained how they had to rethink the story. Bonnie Chen, a digital arts student, said, “I liked how they reflected on the story after the fire and redid the film with a different viewpoint.” 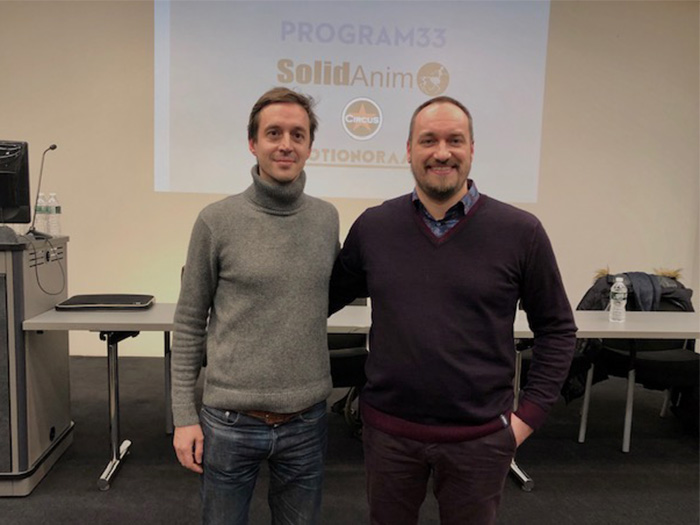 Blanchard and Szalpka’s film tells the history of the cathedral from the church’s point of view and traces its evolution from the 12th century to the present day using motion capture technology, 3-D animation, live images, and technical animation. Extensive historical research offered insight on the clothing, materials, and tools used during each phase of construction.

New York Tech students were particularly interested in the technical side of the production. Blanchard and Szalpka explained their creative process, including how they chose the narrative, when they used wide shots versus tight technical shots, and when they felt it important to incorporate live action. “I do storyboarding, 3-D, and motion capture,” said Joseph Vasikauskas, a master’s candidate in digital art and design – fine arts and technology. “It was interesting to see how they conceptualized from the drawings and storyboards and then built it from there.”

Students also had the opportunity to ask questions after the presentation and were invited to a screening of the movie at Florence Gould Hall at FIAF’s Manhattan location.