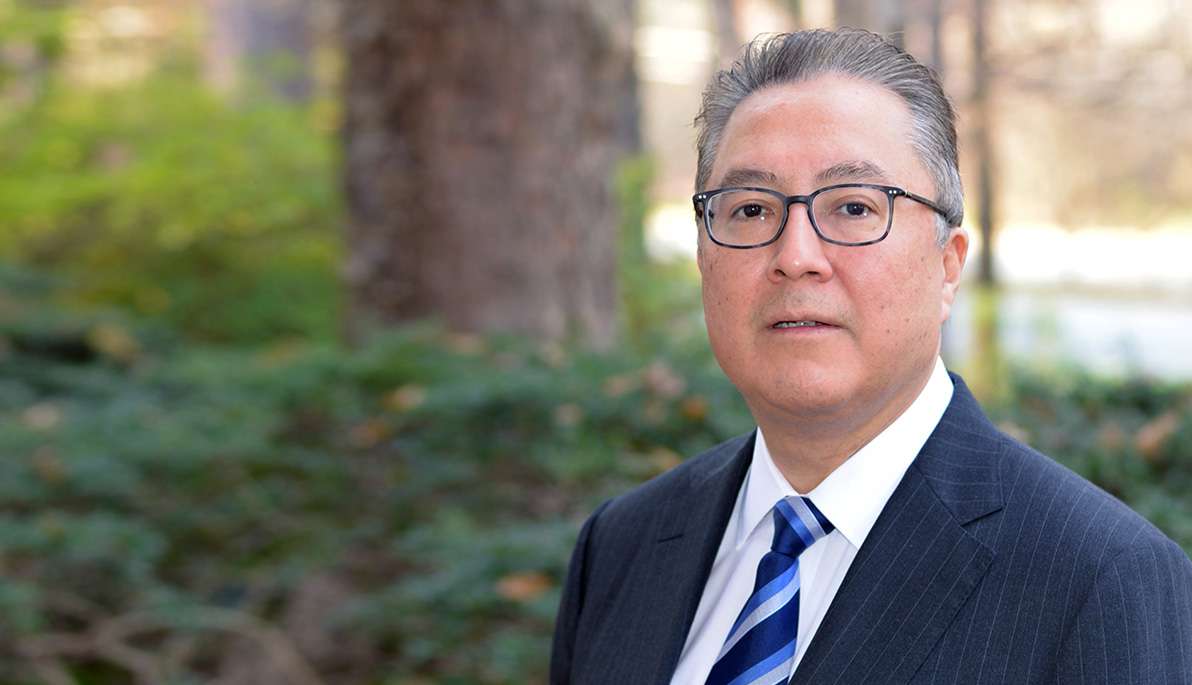 On Monday, June 4, Junius J. Gonzales, M.D., begins his role as the university's new provost and vice president for academic affairs. Gonzales’ background includes high-level leadership roles across academia, government, and the private sector. Since January 2015, he served as senior vice president for academic affairs at the University of North Carolina (UNC) System. He also served as interim president of the system from January through March 2016.

“Junius Gonzales’ qualifications and his breadth of experience in pedagogy, research, securing funding, and higher education administration at some of the nation’s most reputable universities will be integral in helping us take NYIT to the next level,” said NYIT President Hank Foley. “His scientific and data-driven approach will be a welcome addition to our university’s leadership and to our faculty around the world. I look forward to having him by my side as we re-energize teaching and scholarship and re-evaluate our existing way of doing business while focusing on providing a first-class technology-infused, career-focused experience to our students.”

Gonzales was selected following a national search for the successor to Rahmat Shoureshi, Ph.D., who became president of Portland State University in August 2017. Lou Reinisch, Ph.D., NYIT associate provost, has served as interim provost and vice president for academic affairs since that time.

Gonzales joins NYIT at a time of great change in its 63-year history. Under Foley’s leadership, NYIT is establishing a new university-wide “maker/doer” culture to foster invention, innovation, and collaboration to make it one of the top universities in the New York metropolitan area, as part of its longstanding goal to prepare and graduate students poised to seize opportunities in a global marketplace. Foley is also committed to building NYIT’s reputation and to increasing academic research and scholarship.

“I believe NYIT’s mission is truly defined by its focused commitment to learning and knowledge creation to better society in critical workforce areas and to enhance the opportunity for mobility and economic impact,” Gonzales said. “As the first-generation son of Hispanic immigrants, I strive to give back and am dedicated to furthering the impact of education on individuals and communities. I have experienced the power of education and appreciate NYIT’s student-centered philosophy and approach,” he added.

Immediate priorities for Gonzales as provost include supporting efforts to optimize operations of NYIT’s seven schools and colleges, helping to drive efforts to enhance recruitment and retention of high-caliber students, maximizing research funding, and advancing faculty engagement across the academic spectrum.

Prior to joining the UNC System, Gonzales served as provost and vice president for academic affairs at the University of Texas at El Paso. He previously held senior academic and administrative posts at the University of South Florida and Georgetown University. In addition, he has held leadership positions at the National Institute of Mental Health and served as a principal investigator for Cambridge-based Abt Associates, one of the world’s 25 top-ranked research firms.

Throughout his career, Gonzales has secured more than $15 million in external funding as a principal or senior investigator. He has served on a number of national advisory panels and review teams for the Department of Health and Human Services, the National Institute of Mental Health, the National Institute on Drug Abuse, the Substance Abuse and Mental Health Services Administration, and the Agency for Healthcare Research and Quality.