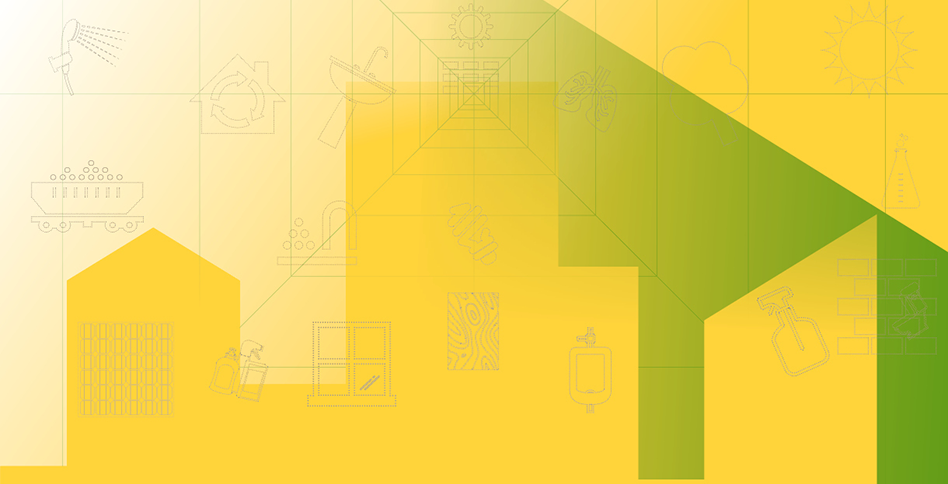 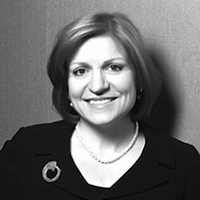 Nada Anid, Ph.D., is the first female dean of the NYIT School of Engineering and Computing Sciences. In this role, she oversees nearly 100 faculty members and approximately 3,500 graduate and undergraduate students at campuses in Manhattan and Old Westbury, N.Y., Vancouver, Abu Dhabi, and Nanjing, China. Anid is among the first engineers to study the role of vitamin B12 and other organometallic coenzymes in the dechlorination of important toxic molecules such as carbon tetrachloride and polychlorinated biphenyls. Her current research is in the fields of renewable energy, sustainability, emerging technologies, engineering education, economic development, and entrepreneurship.

Anid embraces NYIT's forward-thinking and applications-oriented mission and serves on the boards of several professional organizations. She recently established NYIT’s Entrepreneurship and Technology innovation Center and is working on several strategic partnerships with the public and private sector. Anid was one of the winners of the 100 Inspiring Women in STEM Awards in 2015 by Insight into Diversity magazine and three times named one of the top 50 women in business on Long Island by Long Island Business News. She also received the 2010 LISTnet Diamond Award in recognition of her significant contributions toward the advancement of women in technology on Long Island as well as for her professional achievements in the technology field. Anid holds leadership positions in the American Institute of Chemical Engineers, the American Society for Engineering Education, and the New York Academy of Sciences, among others.

Michael Bobker is director of the CIUS Building Performance Lab at the City University of New York, which engages in collaborative research, stakeholder engagement, and workforce development in the area of building operations for energy efficiency. He has worked in energy efficiency for NYC buildings for 30 years in a range of capacities prior to establishing the BP Lab in 2006 with funding from the New York State Energy Research and Development Authority (NYSERDA).  Bobker was part of the team that successfully introduced and piloted “retro-commissioning” in NYC commercial buildings for NYSERDA.

He is a certified energy manager and holds master’s degrees in sociology-anthropology from Oberlin College and energy management from NYIT.  Bobker is also a long-standing member of the Board of Directors of the NYC Chapter of the Association of Energy Engineers and is active in ASHRAE work involving building operators and their role in energy efficiency. 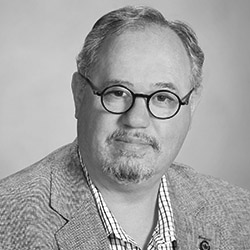 Paul Cataldo is an NYIT graduate and attended the Institute for Architecture and Urban Studies, where he studied under Aldo Rossi. He is one of the founding members of the U.S. Green Building Council on Long Island and is a LEED-accredited professional in building design and construction. Cataldo has also been involved in the design of many LEED certified buildings throughout New York. His work experience includes disaster recovery at the World Trade Center site, where he was involved with the half-billion-dollar renovation of the heavily damaged and landmarked Barkly Vesey Verizon building.  In addition, Cataldo has worked on new school buildings, additions, renovations, and restorations, developing several LEED schools. While working in New York City, he constructed many new commercial interior spaces for large corporations. On Long Island, built several new homes and many residential additions. 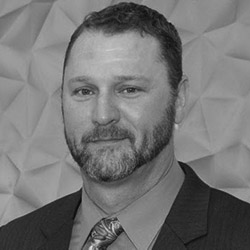 Sam Cooper is manager, engineering systems, for Regeneron Pharmaceuticals Inc., which is headquartered in Tarrytown, N.Y. In his position, he uses innovative solutions to optimize energy efficiency and promote environmental sustainability while noting the financial impact to his company.

Cooper served nearly 10 years in U.S. Navy, earning numerous military awards and honors, while leading fellow service members aboard the aircraft carrier USS Dwight D. Eisenhower (CVN-69) and as an avionics instructor at Naval Air Maintenance Training Unit North Island in Oceana, Va. During his enlistment, he served as the Navy and Marine Corps liaison to avionic system manufacturers such as Lockheed Martin.

Cooper earned a B.S.B.A. with a concentration in project management from Colorado Tech and is working toward his master’s degree in energy management from NYIT. He is married to wife Stephanie and has three children. The eldest proudly serves in the U.S. Marine Corps, their middle child is set to attend the School of Visual Arts in Manhattan later this year, and the youngest will be a high school sophomore this fall.

Previously, Chu served in the administration of county executive Steve Bellone as director of operations and as commissioner of the Suffolk County Department of Labor, Licensing and Consumer Affairs. He was the lead county official in the aftermath of Hurricane Sandy, tasked with coordinating response and recovery. A staunch advocate of inclusive, sustainable economic development, Chu was instrumental in creating workforce opportunities for traditionally underserved individuals during the planning of the transformative Wyandanch Rising development, one of the seminal LEED Neighborhood Development projects. 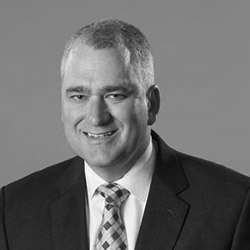 As a senior vice president for the Albanese Organization, Martin S. Dettling oversees the planning, design, and construction of projects throughout the company’s portfolio, ranging from new high-rise, multi-family projects to adaptive reuse and revitalization projects. He is best known in the industry for his effective assembly of design and construction teams while achieving quality and integrity from each participant in the process.

Dettling joined the Albanese Organization in 1995 as a project superintendent. Since then, he has been responsible for the successful completion of some of the firm’s most notable projects, including two LEED platinum-certified residential high-rise buildings in New York City, the Verdesian and the Visionaire.

In 2011, the Town of Babylon selected the Albanese Organization as master developer for the Wyandanch Rising Initiative. Dettling serves as the project executive, having overseen the design, construction, and successful completion of the project’s first two mixed-use buildings, and is currently advancing the Phase-II master planning efforts.

He has served as chairman of the board of the U.S. Green Building Council’s New York Chapter, and has served on the New York City Department of Building’s Sustainability Advisory Committee and the Building Resiliency Task Force Steering Committee. Dettling currently serves on the board of the Long Island Builders Institute and the Farmingdale College Foundation. He has appeared in The New York Times and on the Discovery Channel’s Planet Earth, CNN, and other news programs. 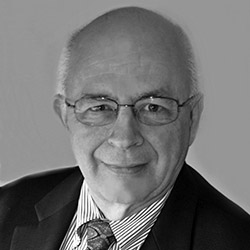 John J. Eff Jr. is an experienced professional in the educational, utilities, and energy services sectors. He specializes in facilities/infrastructure, energy management, cogeneration, distributed generation, and alternative and renewable energy management in the commercial, industrial, manufacturing, educational, and healthcare marketplaces. Eff is co-chair of NYIT’s Energy and Environmental Advisory Council. He is also a member of the Long Island Association Energy Committee, Association of Energy Engineers, Hauppauge Industrial Association, and Molloy College Sustainability Institute. In addition, Eff is one of the founders of the manufacturing advocacy organization, Citizens for Long Island Manufacturing and Business.

He is an adjunct professor at the NYIT School of Engineering and Computing Sciences, where he teaches facilities management and infrastructure, energy efficient lighting, and energy technology and sustainability, as well as a graduate internship program. Eff has also taught both undergraduate and graduate engineering courses at Stony Brook University.

He holds an M.B.A. from LIU Post, a Bachelor of Science in electrical engineering technology from NYIT, and an associate’s degree from Farmingdale State College. 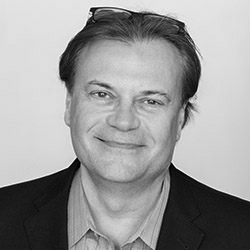 Frank Mruk is associate dean at the NYIT School of Architecture and Design. He is a licensed architect in the United States, a Royal Institute of British Architects Chartered Architect, and is a LEED-accredited professional. Prior to NYIT, Mruk led strategy and development at Wall Street financial service companies Morgan Stanley and AIG, and design management efforts at Cendant Corp. In private practice, he was a senior architect for URS Corp., one of the largest global engineering design firms, and has held partner positions at Palinode Group PC and DMA Architects PLLC. Mruk has served as president of the Association for Strategic Planning, president of the Construction Specification Institute, and on the Board of Directors of the American Institute of Architects New York Chapter. In addition, he serves as the executive director of think tank the New York Center for Strategic Innovation. 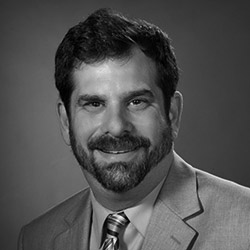 Neil Rosen is a New York-registered architect, LEED-accredited professional, certified energy manager, certified healthcare facilities manager, and evidence-based design accredited professional with more than 31 years of experience in the design, construction, and operations of healthcare facilities. He is a past chairman of the Water Efficiency Technical Advisory Group for U.S. Green Building Council (USGBC) National and serves as a board member for the USGBC-LI Chapter. Rosen is a founding board member of the Long Island Geothermal Exchange Organization. Additionally, he is a member of the board of directors for Habitat for Humanity in Nassau County.

As director of sustainability for Northwell Health, Rosen is responsible for initiating and coordinating the healthcare system’s sustainability initiatives. To date, Rosen has successfully led his team to 18 LEED certifications, including three platinum and four gold certifications. He holds a Master of Science in energy management from NYIT. 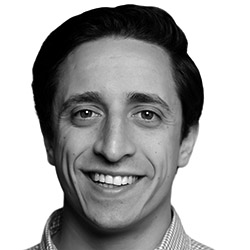 Jory Schwach is the founder and CEO of Andium, which is focused on bringing intelligence to the smallest and most cost-effective hardware on the planet. The company’s first core product was a building management data collection system that helps drive decision-making and cost savings for large commercial properties. Schwach is also the founder of MeshMe, a mesh networking communication system, and GlobalRim, the inventor of an advanced solar GPS device. He is also a published author and expert in applied machine vision and network optimization technologies. 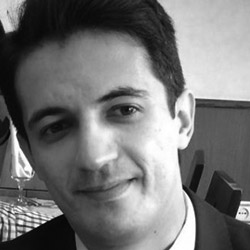 Shaya Sheikh is assistant professor of quantitative methods at NYIT School of Management. His research interests include energy supply chain and optimization, multiple criteria decision-making, meta-heuristics methods, and scheduling models. Sheikh obtained his Ph.D. from Case Western Reserve University in May 2013. He has worked for Lancaster Laboratories as a scheduling and optimization scientist, and as a visiting assistant professor at University of Baltimore. 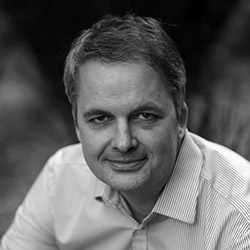 Wolfgang Werner is an architect and building sustainability expert with extensive consulting and education experience. He is motivated by the urgency for our generation to respond to the defining challenge of our time—climate change. Werner is a principal at Urban Fabrick Inc., a sustainability consulting and communications company, and heads up the firm’s New York City office.

Werner is an active member of New York City’s green building community and serves on the Building Energy Exchange’s Programs Committee. He is also an instructor for the Urban Green Council’s Conquer the Code training, teaching the International Energy Conservation Code to industry professionals, and an adjunct professor at NYIT.