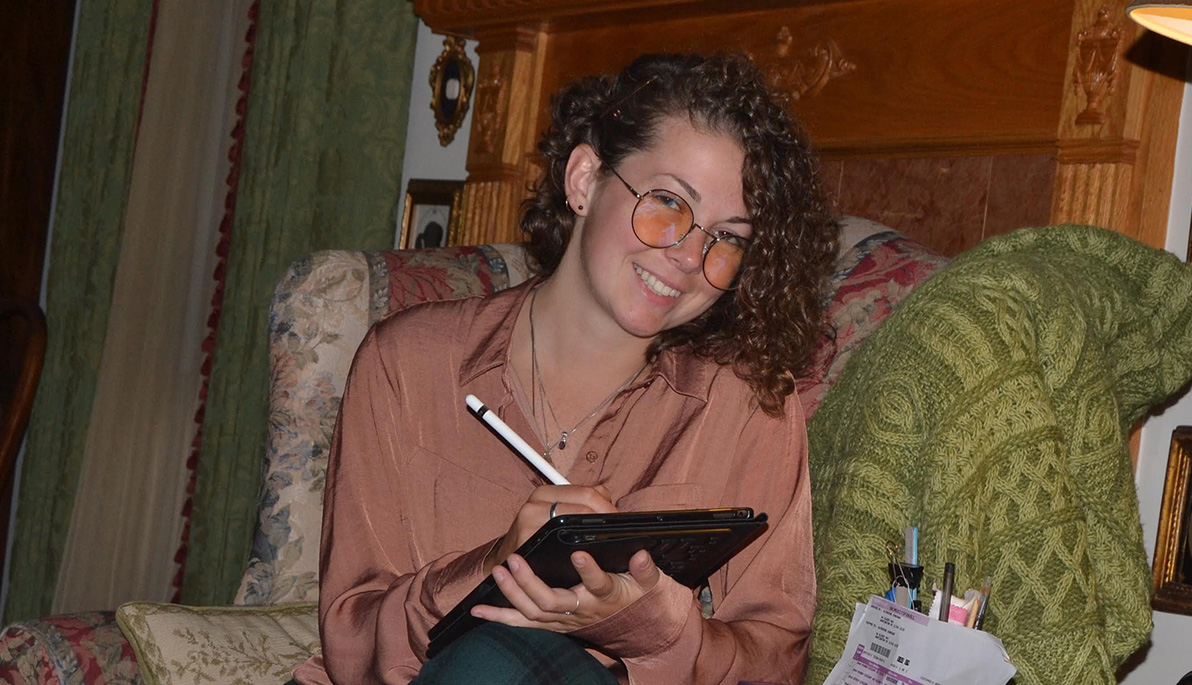 Taking on a New Role

“I’ve always been curious when it came to the sciences, from growing my own plants to delving into eye-catching reactions in laboratory experiments,” says biology major Christina Varady. “However, when it came to selecting my major, the molecular biology concentration offered here at New York Tech allowed for me to further explore cellular biology.”

In addition to her studies, Varady is the New York Tech-New York City Student Government Association (SGA) vice president for judicial affairs for the 2021-2022 academic year. She sat down with The Box to talk about her new role and a research project she worked on with Professor of Biological and Chemical Sciences Niharika Nath, Ph.D., on cervical cancer detection.

Why did you want to join the SGA? Can you tell us about some of your accomplishments?
As a previous member of the Judicial and Compliance Committee I worked alongside the SGA vice president to amend the constitution and bylaws of New York Tech and participated in discussions regarding current and future judicial proceedings. Last semester, I presided over a Senate meeting to conclusion and have continued preparations to ensure future Senate meetings run smoothly. For these reasons, I felt my knowledge of the role and responsibilities of the SGA vice president and SGA members, in general, would aid in the success of the SGA in the coming semesters. I have already begun working closely with our SGA president, Lillian Pratt, to continue opening up these Senate meetings to our general student body to ensure the voices of the students, as well as those of our organization and club representatives, are heard.

Turning to the classroom, can you talk about a project you have worked on?
Last semester I had the privilege of working under Dr. Nath on her research involving cervical cancer detection using Mathematica programming. As a biology major, I was previously unfamiliar with the program and coding or writing scripts for computers in general. However, through this project, I was introduced to this process and the ability to use such technologies to enhance the rate and accuracy at which abnormal cells are detected through machine learning. By repeatedly identifying or categorizing features, such as contours or edges for detection, we aimed to improve the machine’s ability to distinguish normal cells from the abnormal cells modeled.

What do you hope to accomplish in your career?
I would like to create a community similar to what I’ve experienced here at New York Tech by becoming an individual who not only devotes themselves to their work and completing assignments but isn’t afraid to push the rest of the team to recognize and achieve their fullest potential.