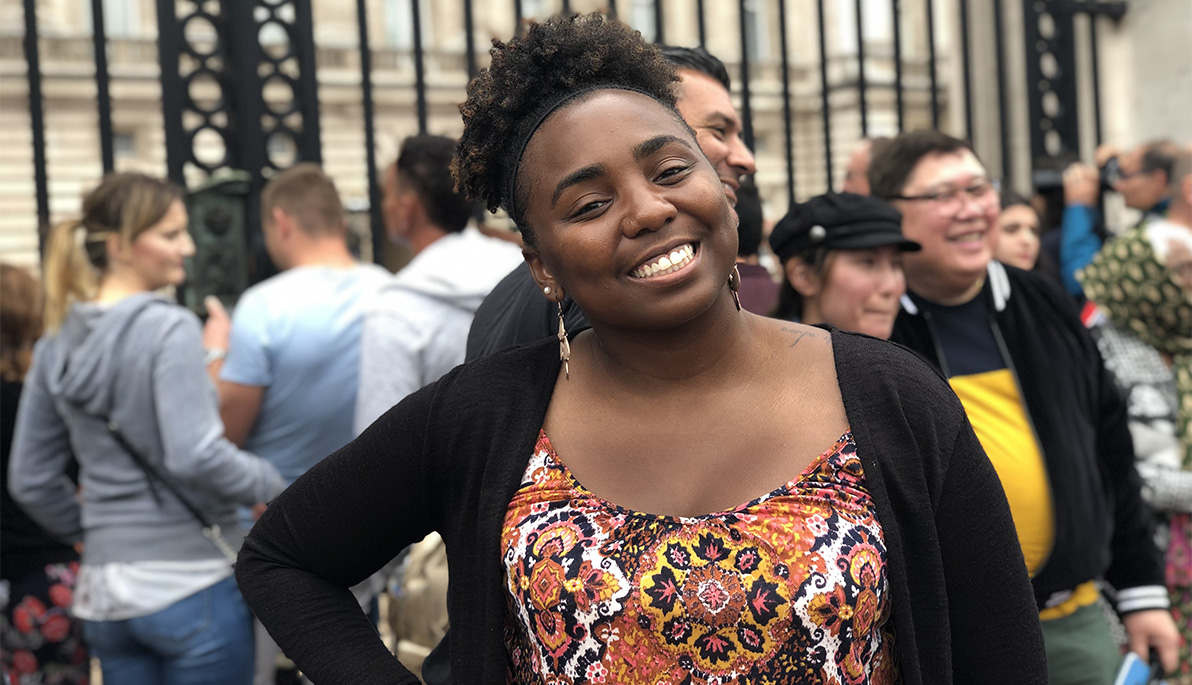 A Dent in the Universe

Ashley Dent has only been a student at New York Institute of Technology since fall of 2018, but she has already left a mark on the university. In fact, her leadership and academic efforts were lauded recently by Student Veterans of America, which nominated Dent as one of 10 nationwide finalists for their Student Veteran of the Year award. “I was humbled by my nomination,” she says, “and grateful to everyone at New York Tech that supported me and made this possible.” But what Dent will recall as the most rewarding part about completing her bachelor’s degree at New York Tech is “learning who Ashley is and letting go of Sergeant Dent. My skills and experience from the military will always be with me, but it is time to begin working on me.”

Dent’s years spent away from full-time study made her university experience particularly intense. She says her biggest challenge has been balancing her work as a student leader with her academics. “I often feel as though I have to get everything done as soon as possible,” she says. “In the military, you are always in ‘Go’ mode, but I have learned that the civilian world does not work that way. It is okay to relax and embrace the journey.”

Dent had originally planned to arrive in New York in fall of 2014, having “fallen in love” with the New York City campus’s studio facilities, proximity to media companies, and helpful faculty and staff. She ended up continuing her Air Force service for another four years, but she did not abandon her plan to study advertising, public relations, and technology.

Originally from Atlanta, Dent came to New York from her most recent home in Florida. “I took a leap of faith by leaving my nine-year career in the U.S. Air Force, selling my home, and moving to New York City, where I knew absolutely no one, to follow my dreams,” she recalls. “Many people have told me that I am crazy for doing such a thing. I just smile and say, ‘Maybe I am crazy, but I am the happiest that I have ever been and am doing what I am passionate about doing.’ For me, it is all worth it.”

In the hands-on communication arts curriculum, Dent helped create a brief video series, “Melanin Madness.” She co-hosted the show with other African-American female students. “We talked about the struggles that brown women face every day, in fashion, cosmetics, education, history, and more,” she says.

Dent had an especially impactful learning experience as part of a project for her externship class, when she helped launch the LINDA (Living in New Directions Accessories) Organization. “In the Air Force, I served as a sexual assault victim advocate for seven years, and working with women in this realm is something I care greatly about,” she says. “My team and I were able to work with our professor to kick start this new nonprofit. We created the website, social media outlets, video content, and a marketing plan to help the founder and CEO, Dr. Beth Adubato, with brand awareness. My professor was able to guide my team to serve our client, and seeing how grateful Dr. Adubato was, and how great an impact we were able to make, was very rewarding.”

Dent’s dream is to run a nonprofit organization to benefit women who have been victims of domestic violence, sexual assault, or other intimate traumas. She will pay special attention to female veterans, a demographic that can seem invisible. “As a woman veteran who has been deployed and seen combat twice, I understand and see firsthand how the lack of resources exists [for female veterans]. I want to be part of the change,” she says.

In September 2019, Dent was one of 124 student veterans selected to attend the Student Veterans of America Leadership Institute in Washington D.C. Reflecting on her experience there, Dent considers why she wants to be a leader. “I want to make a difference,” she says. “Great leaders have created success and opportunities for many men and women and have also made a name for themselves. I aspire to be a leader who is respected and known for being authentic and fair. When I leave this world, I want people to know that I was here, and I helped to leave the world a better place.”