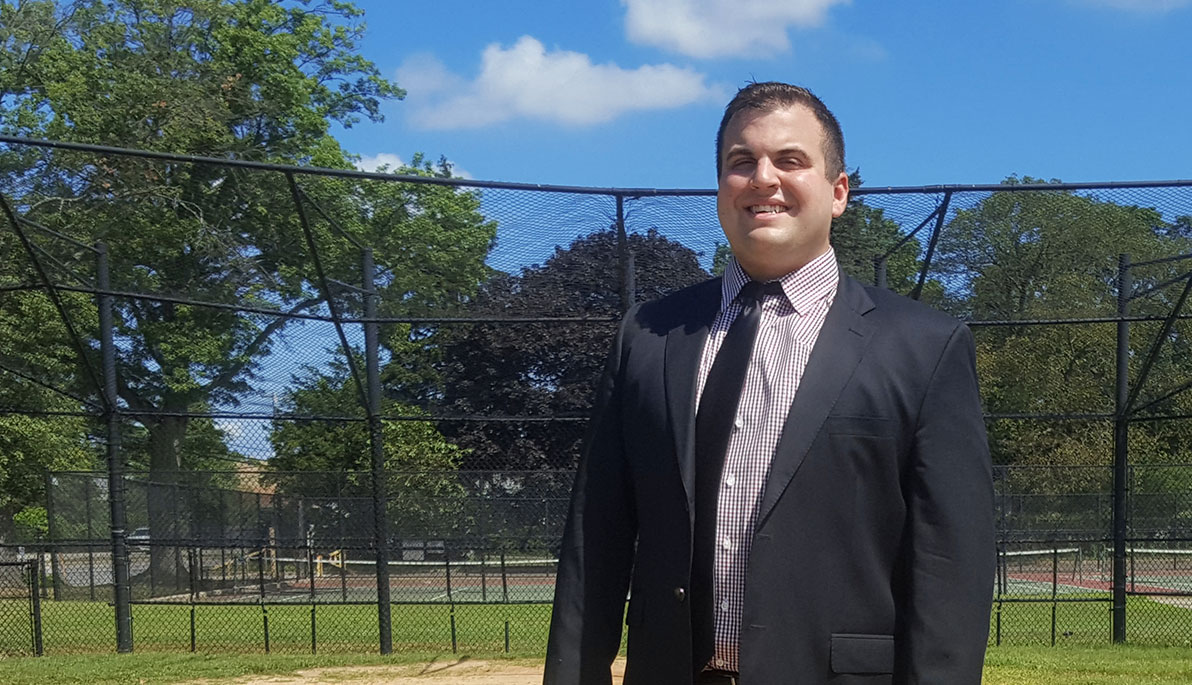 John Gienau is a high school physics teacher by day, but on nights and weekends, he spends his time on the baseball field. As an umpire during the summer and weekends, Gienau presides over games in every division from Little League to adult. His favorite age to ump for, however, is the 14 to 15-year-olds division. “They're so in tune and want to learn,” says Gienau.

Gienau, who serves as the announcer for varsity basketball games at Hicksville High School on Long Island (N.Y.), also tries to bring a sense of play into the physics classroom. He’s used football to help clarify vectors and bumper cars demonstrate the law of conservation; he’s been known to swing a bucket of water around his head to teach centripetal force and has cooked a hotdog with an electrical current to show the conversion of energy into heat. Gienau even made up a variation of “Free Falling” by Tom Petty and the Heartbreakers to illustrate the concept of gravity. In his forensic science elective, students do virtual crime-scene analysis, learn the principles of blood typing through an interactive online program, and conduct simulated blood typing experiments with milk, water, vinegar, and red food dye. The trick to engaging students, says Gienau, is never to be the stereotypical science teacher. “I'm not arrogant, not nerdy, not a know-it-all, not socially inept. The key is to make the students like me enough to work hard for me.”

Always “a math and science guy,” Gienau originally pursued a graduate degree in engineering. “But when I saw the cutthroat environment of that field,” he says, “I decided it wasn’t for me.” Instead, he followed his interest in lifelong learning and enrolled in the M.S. in Instructional Technology program at NYIT School of Interdisciplinary Studies and Education. There, he benefitted from a tight-knit community, fruitful collaboration with his peers, and the close mentorship of his professors. He even served as a research assistant to Associate Dean Shiang-Kwei Wang, Ph.D., and Associate Professor Hui-Yin Hsu, Ph.D., on a five-year National Science Foundation grant to promote cyber-enabled learning in K–12 classrooms. A primary goal of the project was to bring science teachers up to speed with the computer literacy of their “digital native” students, enabling them to engage their students through technology. It’s a method that Gienau uses today in his own Hicksville classroom.

Gienau is happy with what he’s doing now, but also ambitious: He’s got his eye on becoming a coach someday and maybe even the head of a department. And then there’s the baseball novel he's working on, tentatively titled The Mark of a Champion. “It's about a bad umpire who gets paid off and what happens twenty years later,” says Gienau, and it’s very loosely based on things he's seen in his days on the baseball diamond.