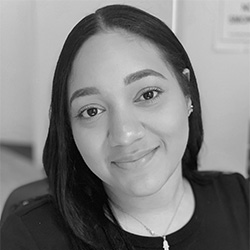 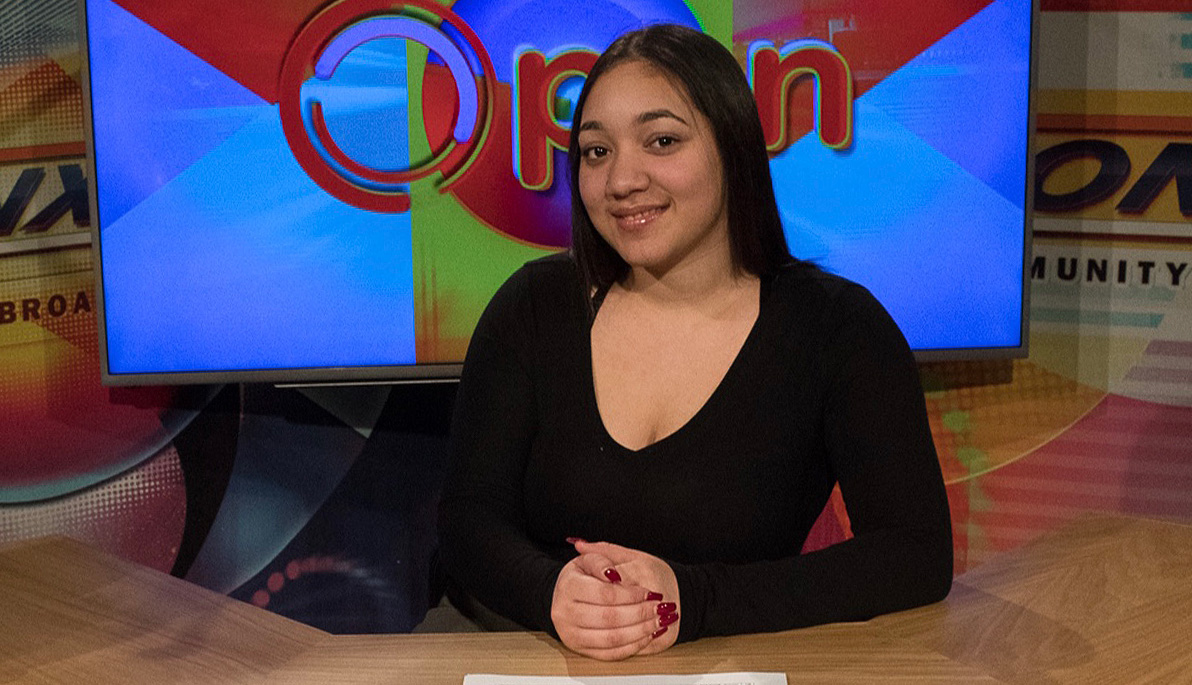 You might say Rosangelica Gil was destined to work in television or film. “My mom chose my name, Rosangelica, after a Venezuelan soap opera she watched when she was a little girl,” she says. From childhood, the communication and media production major was intrigued by what went on behind the scenes of any production, and always knew she wanted to work in television or film. She sat down with The Box to talk about her career aspirations and what drew her to New York Institute of Technology.

Why did you choose New York Tech?
I was accepted to a few places, but as soon as I was accepted to New York Tech, I knew that’s where I’d be going. I didn’t want to go to a big school or be far away from home, so the New York City campus was perfect for me. Besides, where else would I study production if not in one of the major cities for the industry? I was also offered a spot in the Arthur O. Eve Higher Education Opportunity Program (HEOP), which was a huge financial help. Class sizes were also important to me. New York Tech has small and intimate classrooms compared to other colleges. I wanted access to my professors and to make sure they were going to know my name.

What excites you most about your field of study?
Quick fact about me: I hate surprises, and I love being in the know! For me, one of the most exciting things about the production process is knowing what’s being done or filmed before everyone else.

You had an internship at The Daily Show with Trevor Noah. Can you tell us about that experience?
It was really exciting. Every day was different. The production coordinators were very flexible with us, making sure we were able to experience every department, including audience, studio production, and the control room.

It was cool getting to know staff members who were there even before Trevor Noah! I loved hearing everyone’s stories and experiences. For example, it’s heartening to know that the person producing the show today started as a PA [production assistant] on the show.

It was the perfect internship to end my undergraduate career. Plus, I had my mini-acting debut on the show. I was a paid extra on a (super) short skit alongside Lewis Black, a comedian who has been a contributor to the show since the beginning. It was a fun experience. The episode aired on April 24, 2019.

What other activities were you involved in at New York Tech?
During my first two years, I worked in the Office of Student Engagement. I spent the summer after my sophomore year as an orientation leader. It was challenging, but a lot of fun. After that, I worked as a student ambassador with Career Services for the last two years of my college career. The summer before entering my senior year, I was a director of media and technology/orientation leader. I was in charge of the technical side of summer orientations. I directed, filmed, and edited all video content shown during orientation sessions and worked in the control booth at NYIT Auditorium on Broadway.

What’s next for you?
My career aspirations have not changed since my time at New York Tech. My education has helped me figure out what I would like to pursue and how. For example, I wouldn’t mind getting into radio. It’s been tunnel vision for me from the beginning, which I don’t think is a bad thing!