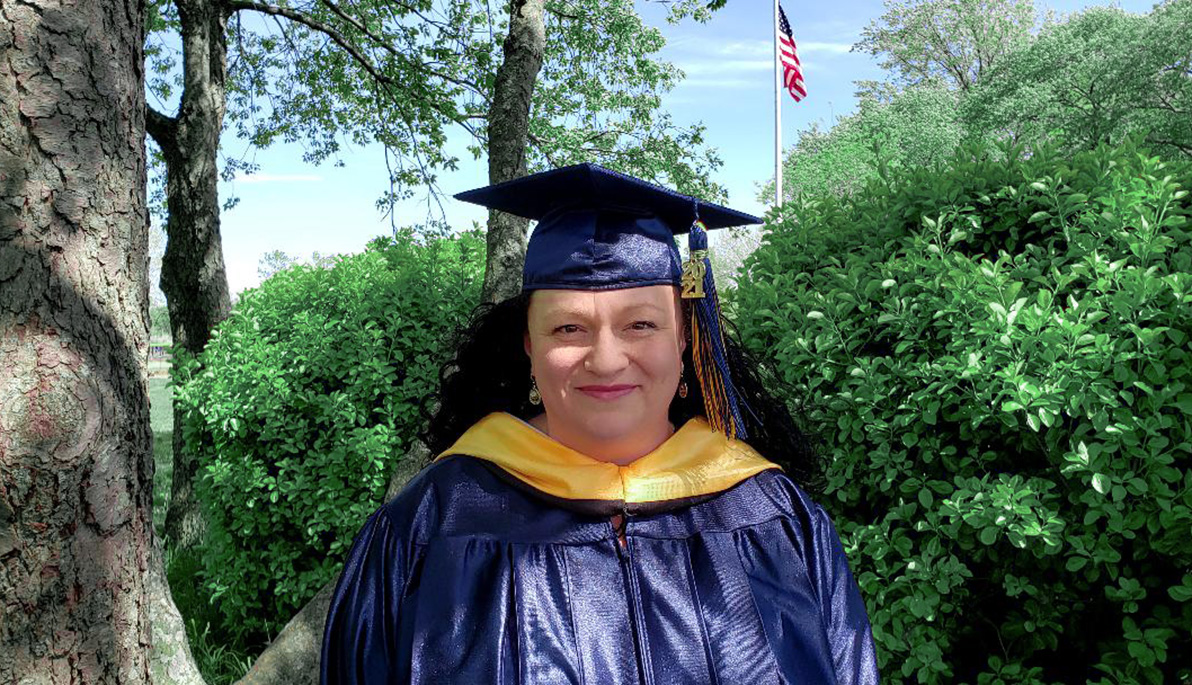 The Chance of a Lifetime

Cathy Ellis (B.S.’21) had what she felt could be the chance of a lifetime—the problem was it meant putting another chance of a lifetime on hold. Poised to be the first member in her family to graduate from college, Ellis vowed she’d return to New York Tech after leaving in her senior year to take a full-time job with production company m2 in 1999. This decision sent her on a two-decade odyssey in production. But, no matter her success, she didn’t forget that degree which eluded her. And when a layoff hit, she wasn’t going to put off her college goal any longer.

After receiving her bachelor’s degree in communication and media production at New York Tech in spring 2021, she’s hooked, considering getting a master’s degree and a project management professional certification. “I love to learn, and it meant so much to be back in education,” she says.

Ellis has always taken advantage of her opportunities. Producing for everything from the U.S. Open to the NHL Awards, she credits her organizational skills and work ethic as helping her move up in her career. At m2, she was the executive producer for the U.S. Open, just one of the roles she had with them. She also served as director of operations during her seven-year tenure.

“For the U.S. Open, my company was in charge of installing the large scoreboards in the stadiums and throughout the grounds, as well as programming the content all day, every day for the 14+ day tournament,” she says. “As the executive producer, I worked for months before the tournament on pre-production, then worked 17-hour days during the tournament. I created the budget, hired and managed the personnel, booked the equipment, and managed the installation of the screens. I also proposed ideas for content for the scoreboard, wrote scripts, managed the artists that created the content, then produced two live shows per day during the tournament.”

Ellis would go on run two other production facilities, including Undefined Creative, where she produced the NHL Awards.

Coming back to New York Tech in 2020 felt like it might be less sure ground, but she found her groove. “Students and professors were so welcoming,” says Ellis, who also was a producer for shows such as On the Case with Paula Zahn and Investigation Discovery and is currently a freelance executive producer. “I felt respected and supported. I was nervous about not having done homework and reports for 20 years, but I just jumped in with both feet. That’s what I do a lot of the time!”