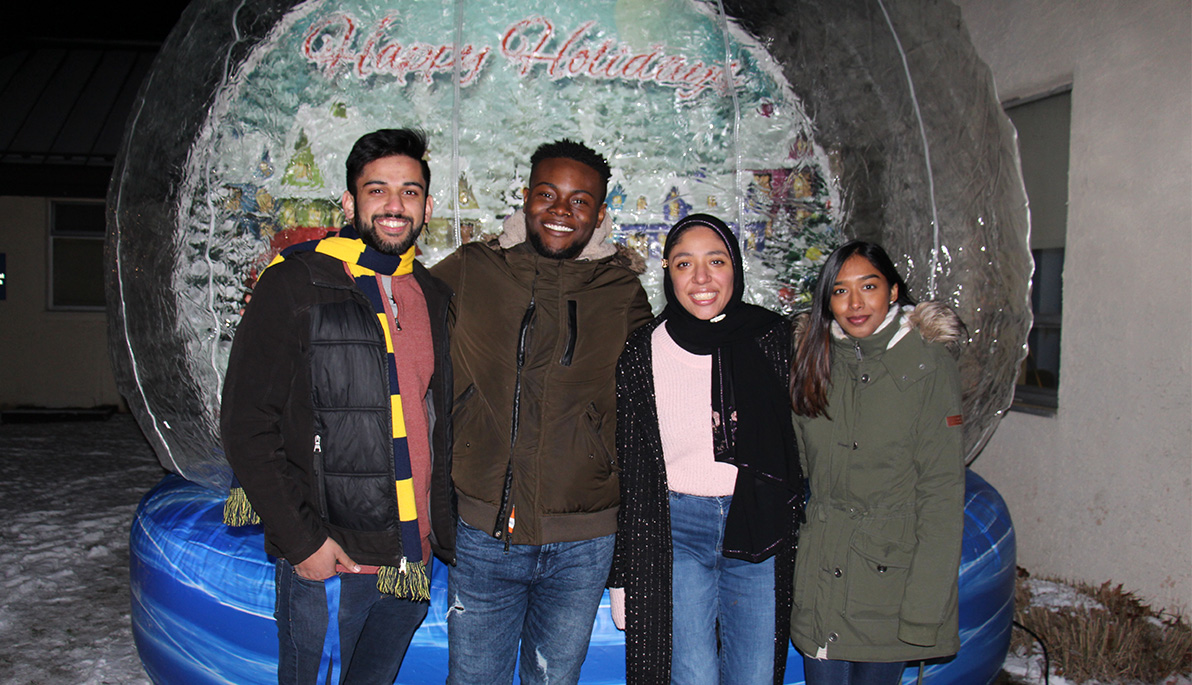 The winter holiday season is in full swing! Students took a break from studying for finals for some winter fun at the annual Winter’s Eve at Lincoln Square in New York City on December 2 and the Tech Winter Wonderland event on December 3 on the Long Island campus.

The annual Winter’s Eve at Lincoln Square, organized by Alumni Relations, featured entertainment, family fun, outdoor food tastings, and DIY ornaments. At NYIT Auditorium on Broadway, attendees received candy canes and had the opportunity to take their pictures in the holiday-themed photo booth.

On Long Island, the Office of Student Life, Alumni Relations, the Student Government Association, G.I.V.E., and the Muslim Student Association hosted the first annual Tech Winter Wonderland. Associate Dean of Students Mary Pelkowski greeted attendees, who were treated to a performance by the Note-O-Chords a cappella group. Then everyone gathered for a tree lighting ceremony. The festivities didn’t end there. There was a gift wrapping station, cookie decorating, DIY snow globes, DIY ornaments, and holiday card making for a local children’s hospital. Students also had the opportunity to take their picture in the snow globe photo booth as well as have their picture taken with Santa Claus. 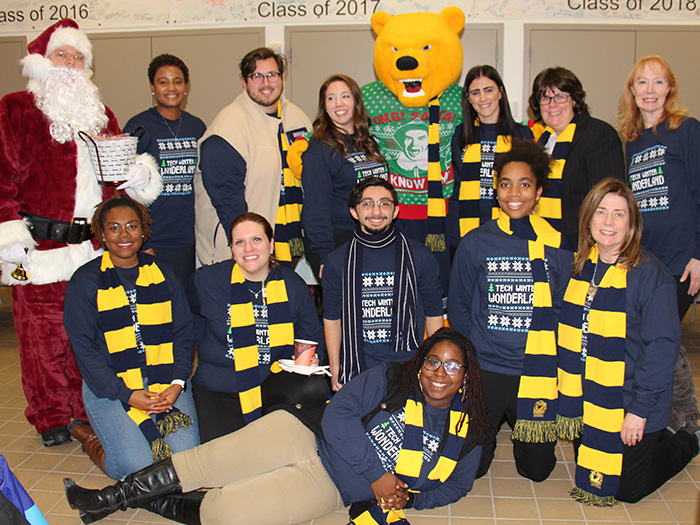 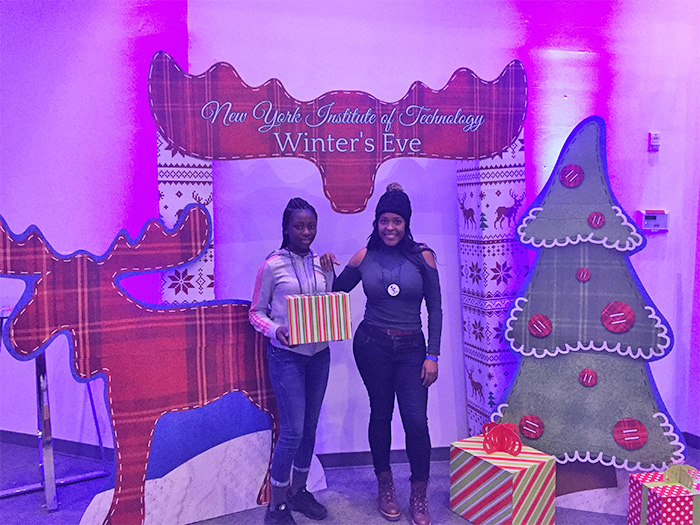 Smile! Taking pictures at the photo booth at NYIT Auditorium on Broadway. 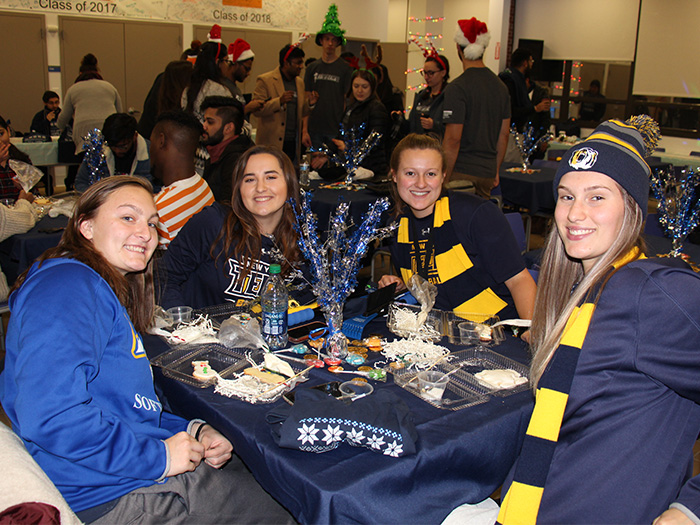 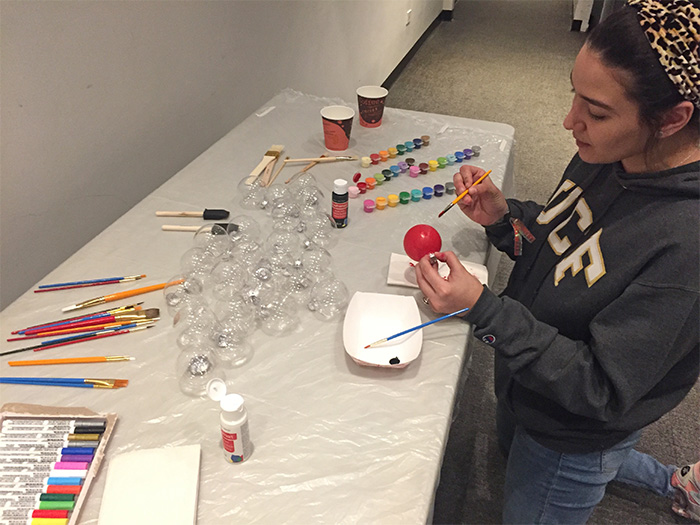 Students had the opportunity to participate in DIY activities at the Winter’s Eve event in New York City, including decorating ornaments and making snow globes.