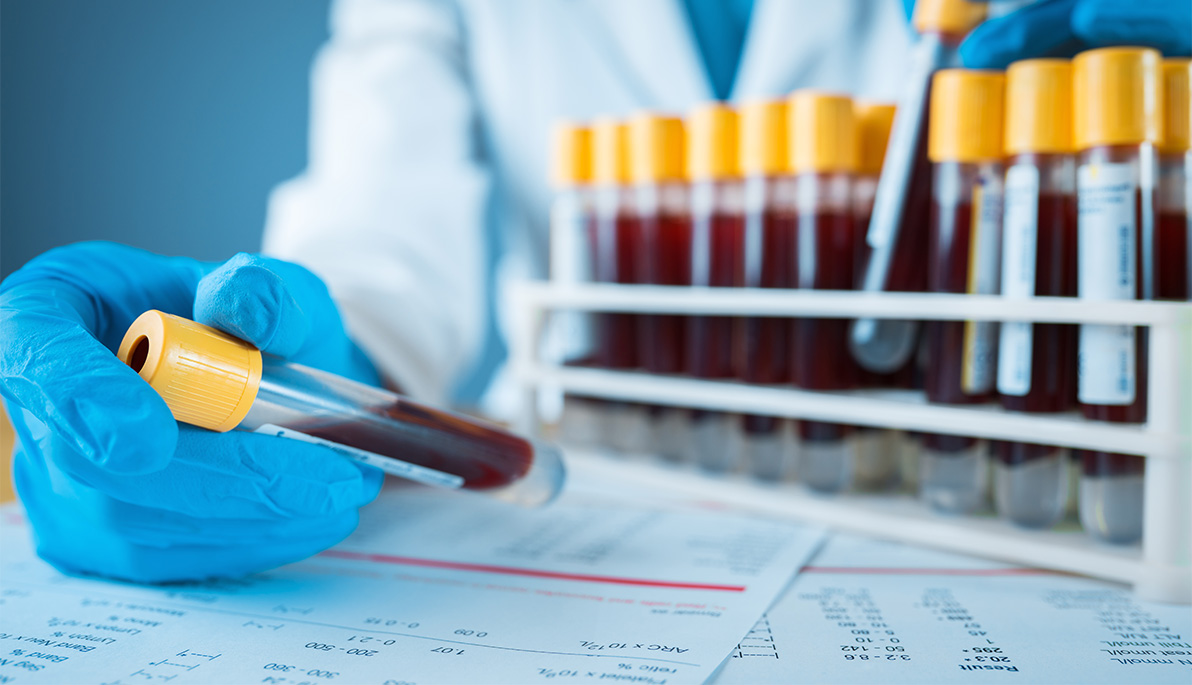 Biomedical experts believe that half of heart failure patients likely have low levels of the thyroid hormone T3 in their cardiac tissue. While heart failure symptoms are commonly attributed to cardiovascular conditions like coronary artery disease and high blood pressure, a growing number of studies suggest that low cardiac T3 may significantly contribute to a patient’s symptoms and underlying heart dysfunction. Now, researchers at NYIT College of Osteopathic Medicine (NYITCOM) and FuWai Heart Hospital (Beijing, China) have developed a new use for a common blood test, which could provide a potentially life-saving treatment for heart failure.

Heart failure occurs when the heart cannot keep up with its workload, causing symptoms such as shortness of breath, fatigue, swollen legs, and rapid heartbeat. In recent years, scientists have actively researched the connection between thyroid hormones and cardiac function, with clinical studies suggesting that borderline-low thyroid hormone levels may increase risk of death in heart failure patients, and animal studies indicating that restored cardiac thyroid levels can dramatically improve heart function.

The symptoms of low cardiac T3 are also virtually indistinguishable from other conditions that lead to heart failure, suggesting that a significant number of underlying heart dysfunction and heart failure symptoms may actually be caused by a treatable T3 hormone imbalance. Despite this treatability, clinicians are hesitant to prescribe T3 to heart patients, as too much of the hormone could accidentally trigger irregular heartbeat. In addition, no method has yet been identified to titrate, or continually measure and adjust, for the dosage of T3 needed to safely restore the heart’s thyroid hormone function.

Now, as seen in Frontiers, an existing biomarker called brain natriuretic peptide (BNP) may provide the much-needed solution. In medicine, biomarkers are biological molecules found in patient’s blood, fluid, or tissue sample that can indicate whether a disease or condition is present. They can also be used to see how well the body responds to treatments. During heart failure, the heart will secrete higher levels of the biomarker BNP into blood, a key indication that the heart disease is worsening.

“I have been rather obsessed with the need for a serum biomarker for cardiac tissue T3 levels for many years,” says Martin Gerdes, Ph.D., chair and professor of biomedical sciences at NYITCOM, who was one of the study’s researchers. “It dawned on me that the clinical literature showed a very consistent inverse relationship between serum T3 and BNP levels.”

The researchers hypothesized that by analyzing a patient’s BNP levels in response to added T3, clinicians could titrate for just the right dosage required. Using rat models of heart failure caused by low T3 and heart attack, the researchers tested their theory, examining changes in BNP, cardiac function, and heart failure genes after T3 treatment. For the first time, they discovered through a simple blood test, not an extensive, invasive procedure, that T3 could be adjusted to safely restore cardiac hormone balance. In addition, because heart patients routinely undergo BNP and thyroid hormone testing, these widely used biomarkers could be easily monitored from blood tests.

“The results were remarkable, suggesting that serum BNP levels can be used to titrate the volume of T3 required,” says Gerdes. “When T3 treatment led to a reduction in serum BNP levels, this was associated with improved cardiac function and reversal of these heart failure genes.”

Gerdes and the team are hopeful that future investigations will confirm BNP’s powerful new purpose in the very near future. “The beauty of this biomarker is that it is already in widespread use, so efficacy could be shown quickly,” he notes.