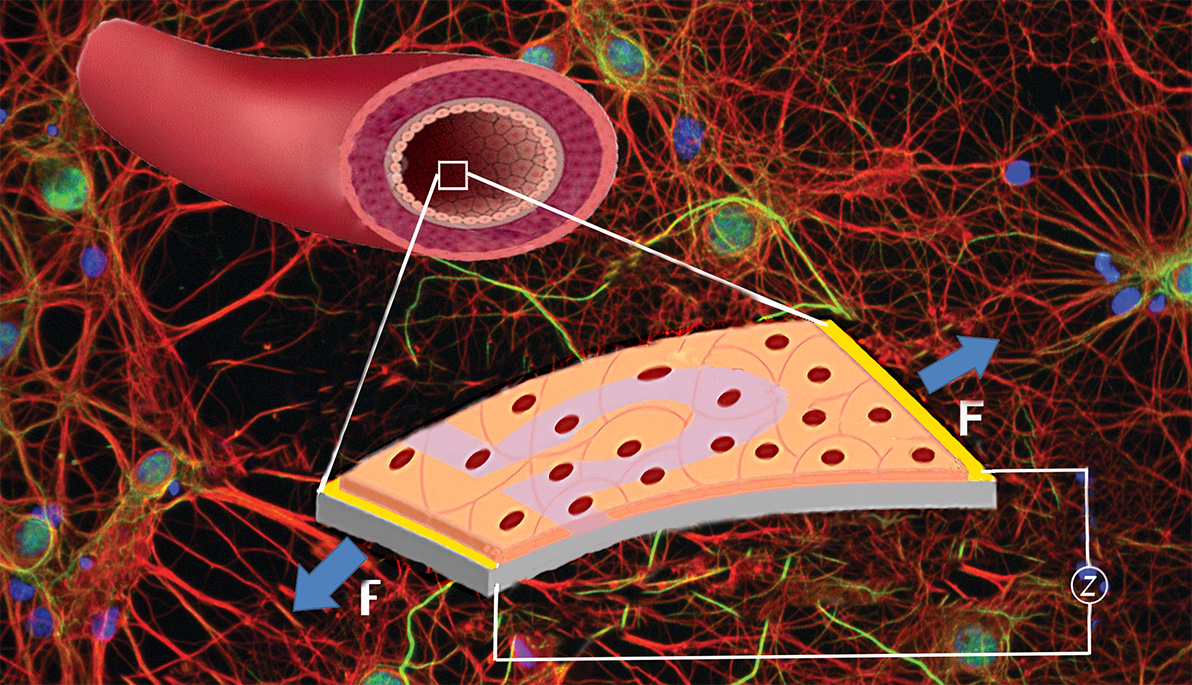 Illustration shows a stretchable impedance sensor for mammalian cell proliferation measurements. Provided by Fang Li, Ph.D., and Ioana Voiculeasu, Ph.D., from the June 17 issue of Lab on a Chip. 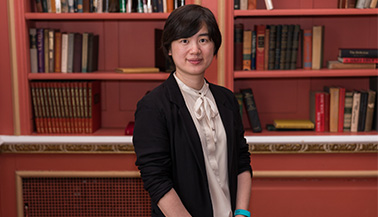 For military troops deployed in remote locales, the ability to quickly test whether water is safe to drink can mean the difference between life, dehydration, and death. It’s a problem Assistant Professor of mechanical engineering Fang Li, Ph.D., is attempting to address using cell-based biosensors that can detect water toxicity.

These biosensors combine a biological element—in this case, mammalian cells—with a physical or chemical transfuser to detect a cell or biological event.

While traditional sensors are designed to test for specific chemicals, these cells respond to any material that’s toxic to the cell. That means, a user can test for a broad range of toxicants in the water—even unanticipated ones. “I use the cell as a sensor element,” says Li. “The cell will respond to those chemicals, and we can measure the response.”

Li’s research was initiated with funding from the U.S. Army. “Soldiers don’t care about the specific toxicant in that water, they just need to know if the water is toxic or not and if they can drink it,” she says. “This kind of system also can be used as an early warning system for a municipal drinking water system.”

Li’s device combines two types of sensors in a single platform to measure cell response: an acoustical sensor and an electric impedance sensor.

“The acoustic wave is a mechanical wave, so we use those mechanical waves to prompt cells to propagate. Based on this, we can measure the chemical properties of the cells,” she explains. The electric impedance sensor measures the electric property of cells, showing how the cell responds to different chemicals.

The project is among Li’s many areas of research. Another project, funded by NASA, seeks to develop sensors for harsh environments. “With rockets, environment is critical—high temperature, very low temperature, or lots of pressure,” she says. “Most traditional sensors can’t be used in those environments.”

And because wires on sensors increase the weakness of a rocket, the goal is to develop a wireless sensor. With assistance from two graduate students, Li has fabricated a sensor that is showing good results. “Now we are testing the sensors for the temperature and pressure,” she says.

This story originally appeared as part of the feature "Bio + Tech = a Healthier Future" in the Summer 2018 issue of NYIT Magazine.