As a milestone of their U.S.-China EcoPartnership, New York Institute of Technology (NYIT) and Peking University (PKU) jointly organized a conference held today addressing “The Water-Energy Nexus: Sustainability and Global Challenges.” Under the leadership of Nada Marie Anid, Ph.D., dean of NYIT’s School of Engineering and Computing Sciences, and Chunmiao Zheng, Ph.D., director of the Center for Water Research at PKU, the conference brought together more than 20 of the world’s foremost experts in the fields of water management and energy conservation.

Government officials from both the U.S. and China participated in the conference, along with experts from industry, government agencies, and academia. Many mentioned the gravity of the challenge for both countries, as well as the significance of cooperation at the highest levels. Dean Anid stated, “Five EcoPartnerships are gathered here today to show their accomplishments, but also their commitment to energy and the environment. We feel invigorated to move forward in seeking solutions to these global issues. It is also important to note the role of academic institutions in driving this important dialogue, in conjunction with government institutions and industry.”

As the next generation affected by these challenges, several NYIT students attended the conference, including 20 third-year students from NYIT’s campus in Nanjing, a U.S. student studying in Nanjing this semester, and four students from NYIT’s New York campuses. The Chinese students will spend their final year at a New York campus of NYIT. One of them, computer science major Bonnie Du, stood and asked the experts a question about China’s Three Gorges Dam project. She said later, “I was nervous and very excited to have an interaction with a speaker. They always talk in front of us, and it feels far away. But when you ask a question, you feel that you are really in the conference.”

In his opening remarks, NYIT President Edward Guiliano, Ph.D., stressed that higher education will be crucial to solving the myriad challenges the world faces. “University research has always led to big solutions,” he said. “Of course, universities do more than research. They are training grounds. At NYIT, we teach our students about water issues and sustainability strategies, and they go into the world to help. We also spread information through our global system of campuses.”

Much of the conference featured themed presentations by several U.S.-China EcoPartnerships, a select group of public, private, and non-profit organizations with backing from the U.S. and Chinese governments who pilot best practices in promoting economic growth, energy security and environmental sustainability.

The NYIT-Peking University EcoPartnership on Groundwater Monitoring, Protection, and Training aims to promote a comprehensive approach to creating innovations in sustainable groundwater supply and protection in China and the United States, ranging from the introduction of technology breakthroughs in groundwater monitoring, pollution control, and remediation, to improved training for groundwater management. The EcoPartnership will address severe groundwater shortages and contamination in select sites in both nations, as well as strengthen ongoing collaborations between the two universities as part of a team that also includes Wuhan University, the International Society for Water Solutions of the American Institute of Chemical Engineers (AIChE), and HDR, an industrial partner.

In a statement echoed in various ways throughout the day, Erica Keen Thomas of the U.S. Department of State declared, “The U.S. and China face great environmental challenges that we must solve together.” 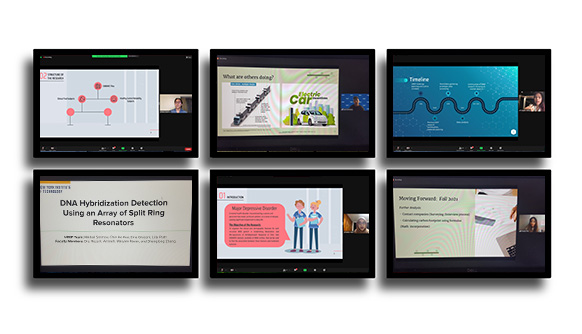 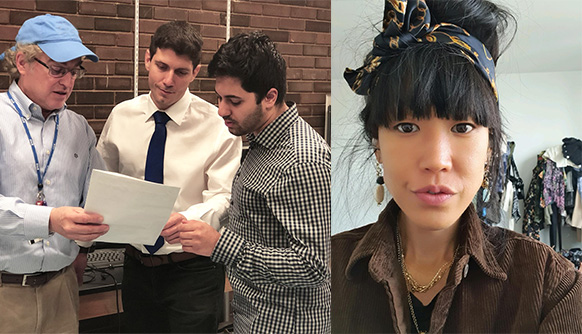