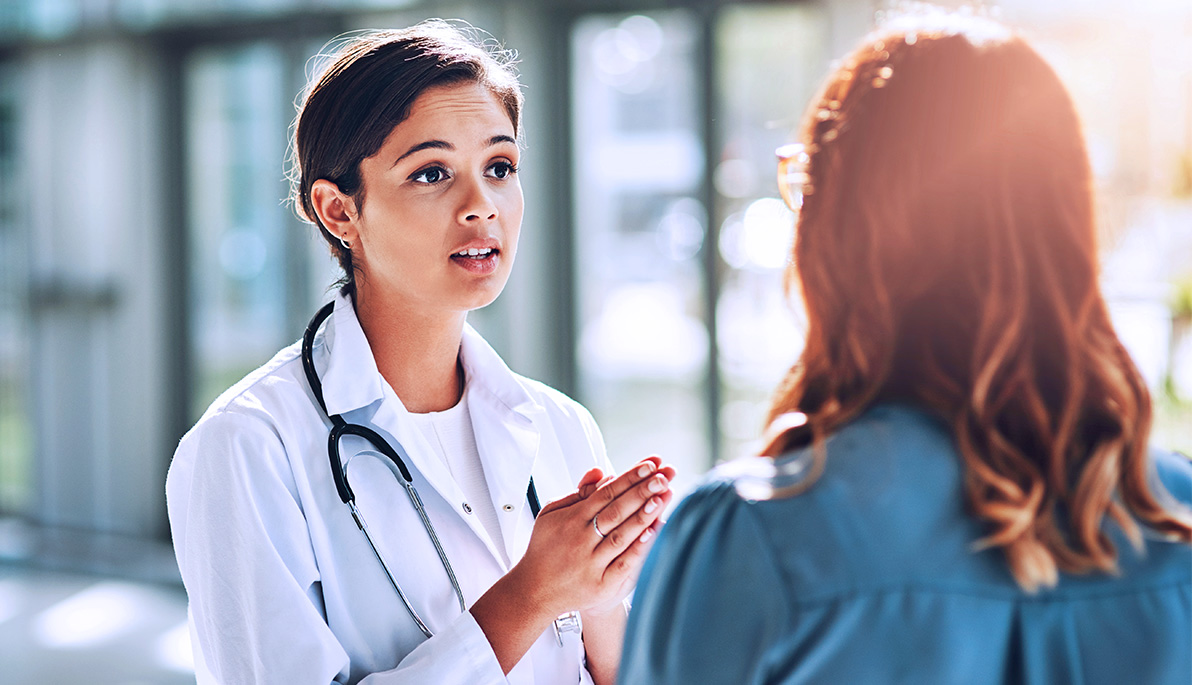 Historically, there have been many studies conducted about Parkinson’s disease, a progressive nervous system disorder that affects not only movement, but also a host of non-motor symptoms such as problems with memory and disruptions of sleep and digestion. However, because the disease is more common among men and people over the age of 60, there are still many unknowns regarding how Parkinson’s affects women, especially those in their 30s and 40s.

Adena Leder, D.O., associate professor in the NYIT College of Osteopathic Medicine and director of the Adele Smithers Parkinson’s Disease Center, made this realization when she was visiting with a 47-year-old female patient. “She asked me why her medication did not work during menstruation,” says Leder, who was stumped by the question. “At that point, I became interested in finding out more.”

Leder decided to help shed light on the need for research on younger female Parkinson’s patients by holding a symposium, where patients and caregivers could share information and resources. The event, as she envisioned it, would focus on topics and challenges unique to this population such as the fact that many women often initially go undiagnosed and are faced with managing the symptoms of their illness while continuing to be their family’s primary caregiver and, in many cases, their family’s breadwinner.

Meanwhile, Rosemary Gallagher, P.T., D.P.T. Ph.D., associate professor in the School of Health Professions Doctor of Physical Therapy program, together with Leder, is conducting a study to gather baseline data from symposium participants, with the ultimate goal of stimulating future studies for and about this population. This research was conducted with help from Laura Ketigian, an academic scholar at NYITCOM, and NYITCOM students Kaylie McGivney, Nicholas Piniella, and Laura Ketigian.

“This research is important because it has not been done before,” says Leder. “The patients are extremely appreciative to be a part of it. Additionally, if we come across an important commonality, that information can help direct future research.”

The COVID-19 pandemic necessitated that Leder’s May 28 symposium be moved online, presenting both challenges and opportunities. Instead of a full-day, on-site event at NYIT de Seversky Mansion on the Old Westbury campus as originally planned, the event was hosted online and featured three speakers instead of the original eight. On the positive side, the virtual event allowed for attendance from all over the world.

“We had more than 70 attendees, with patients from the West Coast, Australia, and India participating,” says Leder. “We would not have had such a diverse geographic mix if it had been held in-person.”

Leder and Gallagher hope to make the event annual, and to host it in person in the future.

“The symposium was received with a lot of enthusiasm from the participants, as shown by the number of questions asked of the speakers,” says Gallagher, who acted as a moderator for the event. “There was a reluctance to leave. The event was scheduled for two hours but ran almost three.”