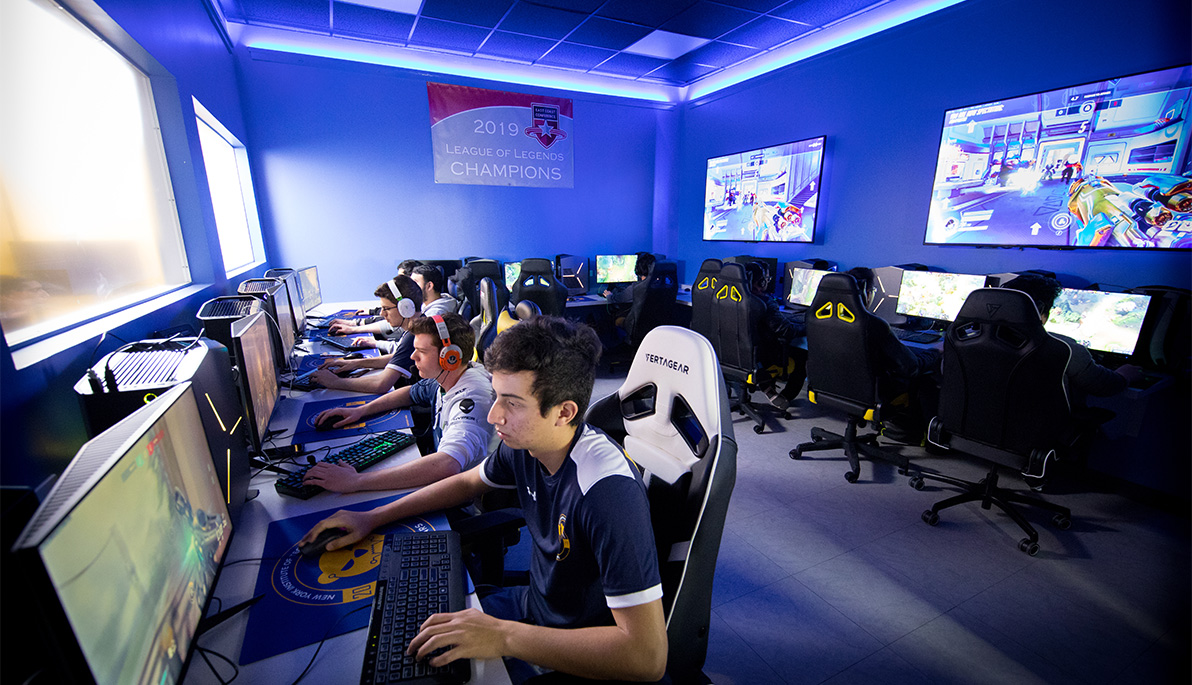 Competitive gamers spend hours in front of their screens, with some playing for as long as 12 straight hours. During this time, they can perform up to 500 actions per minute on their mouse or keyboard while also focusing at a level of attention that results in significant cognitive stress and physical limitations.

While the effects of prolonged sitting have been well documented—even shown to disrupt cerebral blood flow and possibly oxygen flow to the brain—its impact on competitive gaming has not been widely evaluated.

The team virtually assessed 21 competitive gamers from seven different countries (12 men and nine women), who were recruited using social media and online platforms, such as Discord, Facebook, Twitter, and Twitch, the largest streaming platform for gamers. While playing first-person shooter games such as Overwatch, Valorant, and Fortnite, participants played for two-hour sessions over three separate days, with each day featuring a different intervention selected at random. Interventions included continuous gameplay for 120–135 minutes with no break, a six-minute walking break with 60–75 minutes of gameplay before and after, and a six-minute resting break with 60–75 minutes of gameplay before and after.

For the walking break, participants were asked to find a place near their gaming station where they could walk for six minutes on a flat surface, back-and-forth while holding their smartphone to hear the investigators’ cues. The same procedure was used for the rest intervention except, instead of walking, the participants laid on their backs for six minutes with their eyes open, to avoid any eye rest that was not given during the walking break.

Following the three conditions (walking, resting, and continuous play), players were assessed for factors such as reaction time and executive function.

The researchers found that walking produced significantly faster reaction and planning times vs. resting, while continuous play produced results that were slightly better than the resting condition. While there was no impact on game performance, meaning that the percentage of games won was not significantly different following any of these conditions, more than 70 percent of the study’s participants felt that the walking break did improve their gaming abilities.

“[The] walking break definitely has the best impact on gaming performance,” said one study participant. “It helps you clear your mind while doing something physical. Even if you are walking slowly, it helps you calm down and forget the high pressure from the gaming environment. Your brain isn’t going overboard anymore.”

While some may assume that the rest condition would allow for meditation and mental clarity, one study participant may have summed up the surprising rest result best. “While the six-minute rest itself felt great, when I got back to my computer, I felt slow and lethargic, and it took me a while to get back into the game and warm up again,” they said.

“There have been several calls for improving gamers’ health, with exercise being the primary focus. However, there may be a fair misconception that if one exercises regularly, one is not prone to negative health ramifications of prolonged sitting. Being less sedentary with frequent breaks may have a greater health impact than increasing exercise.” The researchers also suggest further investigation into multiple sessions of prolonged gaming to gain more insight into the long-term implications of an active break.

NYITCOM student researchers included Sophia Ahmad, Kyle Yuen, Tamzid Hassan, Hillary Gan, and Kenney Abraham. The research was conducted virtually from July through December 2020 due to COVID-19 restrictions. This study follows a 2019 study published in the BMJ, in which Center for eSports Medicine researchers found that eye fatigue is the most common ailment among competitive gamers.