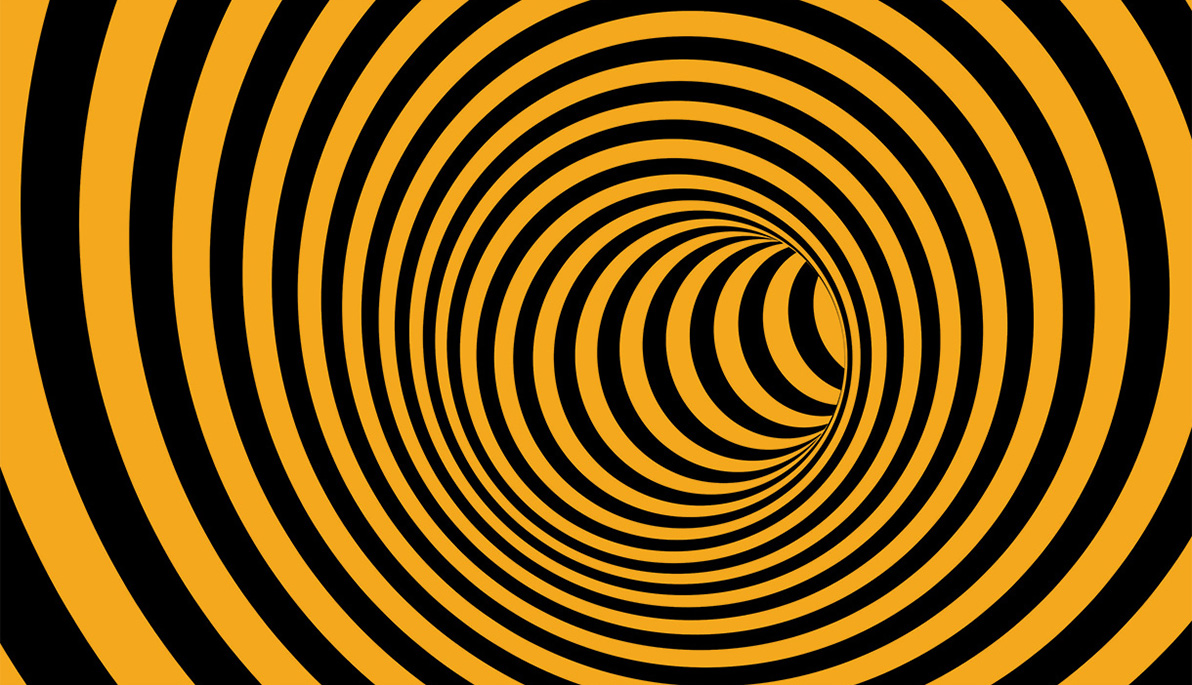 On October 25, the 11th floor auditorium at 16 W. 61st Street on the New York City campus changed into a mysterious place. To enter, attendees had to survive a scary tour. The hallways turned into a dark place, where monsters and creatures popped out from hidden spaces. Screams of students could be heard across the entire floor, and only after completing the tour, could they finally relax in the auditorium.

“When we first began the brief tour of the haunted floor, I was trying to stay behind the other students since I am so easily startled!” said Roshan Alexander, a master’s candidate in computer science. “After a moment, I [was able to] anticipate when someone would jump out at us. The actors were very enthusiastic about trying to creep us out. One of them asked for a hug, so to their surprise, I agreed.”

Once inside the auditorium, students participated in trivia games. Afterward, they were treated to a performance by hypnotist Robert Channing.

He performed several tricks, including one where he guessed the serial number of a dollar bill in a student’s wallet. In another, Channing covered his eyes, and while he was blindfolded, guessed the objects a student brought to the podium. At the end of the show, he made everyone write down a story, their nickname, their favorite number, and a question for him. Channing, with his eyes still covered, revealed what the students had written down and answered their questions.

“The first time I saw Robert Channing was in May, and I was surprised by his talents,” said New York Tech student Subarna Dutta. “Part of me knew that this is the job of a magician, but he was spectacular, and [the event] was awesome.”