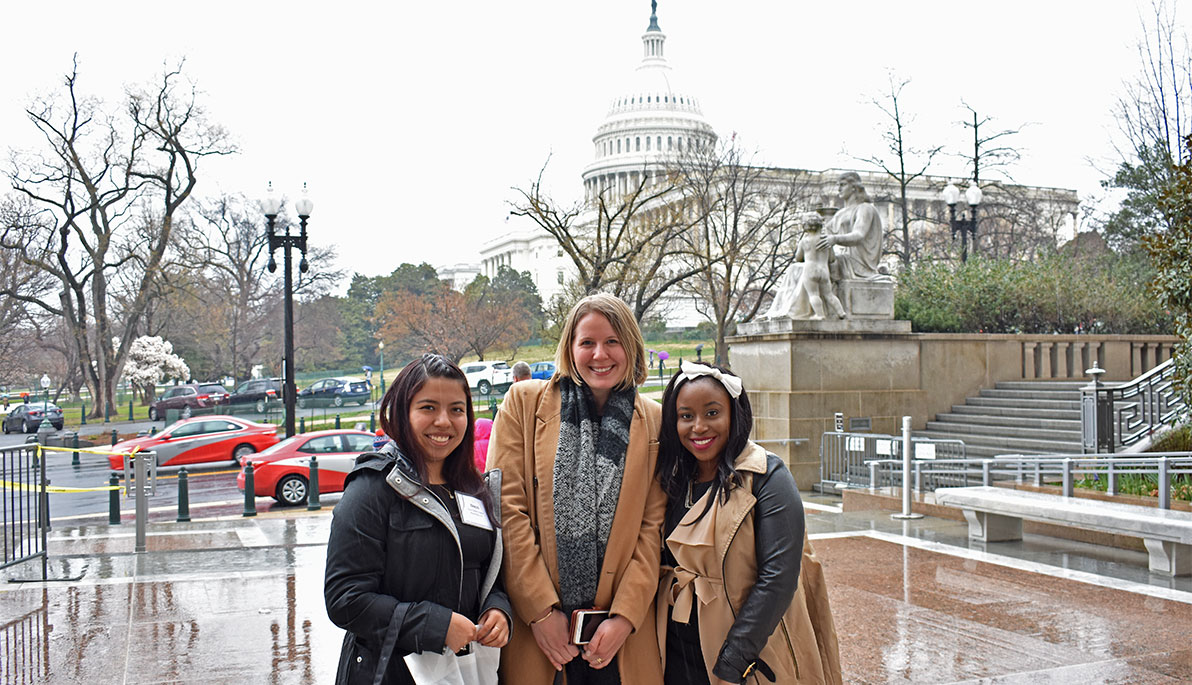 First, they each met with staff members of their senators to discuss how international education impacts them, their states (New York and New Jersey), and their districts. Then, they visited the offices of their representatives in the House. In both meetings, the students emphasized the importance of the Paul Simon Study Abroad Bill, which provides grants to colleges and universities in support of study abroad programs. (In 2016, NYIT was awarded the Senator Paul Simon Award for Comprehensive Internationalization.)

Fuentes and Nwachukwu sat down with each other to talk about their experience.

Nwachukwu: So, what did you think of the trip?

Nwachukwu: What were you expecting?

Nwachukwu: I actually thought the same. I thought it would be mostly students and then some adults here and there, but it was the opposite. I was surprised by how few students there were. But I did really like the ones we got to meet. It’s always great to be around people that are passionate about the same issues as you.

Fuentes: Yeah, I was in the New York group. And I met a few kids that were actually international students and they also studied abroad. It was really enlightening.

Nwachukwu: Why did you want to go initially?

Fuentes: Yeah, study abroad and why more people should be studying abroad. How about you?

Nwachukwu: I thought it would be a really great opportunity to go to Washington and speak directly to the people that are decision-makers. Even though we didn’t get to speak directly to the senators and the house representative we still got to talk to their staff. It was still very beneficial. And also, because as a first generation American, international education benefited my parents, so anything that benefits my parents indirectly benefits me. So I am glad that they were able to partake in American education and I want to be able to advocate for others as well.

Fuentes: That’s cool, I get it.

Nwachukwu: I feel that NAFSA was very organized. I knew exactly what they wanted us to talk about. They set up everything perfectly for us. Even though there were a few hiccups here and there, ultimately it went very well. And the city is beautiful.

Fuentes: I love D.C. I want to go back as soon as possible. But I agree with everything that you said. And also, personally I just love meeting new people. Thirty-seven out of 50 states were represented and we got to meet so many people. I developed bonds with some of them too. Many from New York because I was with them most of the time. But even people from Georgia.

Nwachukwu: I had never met anyone from Georgia, or someone from Iowa. It was really interesting.

Fuentes: It was really cool to find out how international education is impactful to states we wouldn’t even think that it would be impactful to and how it is dealt with in those states. Listening to other domestic students talk to us about why they wanted to come to the event was interesting. For some of them it’s about their future studies. They want to be international educators or advisors.

Nwachukwu: It’s always great to see people engaged and what they would like to do and advocating for their positions and their beliefs. 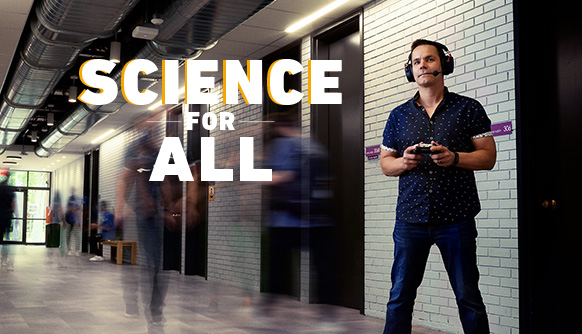