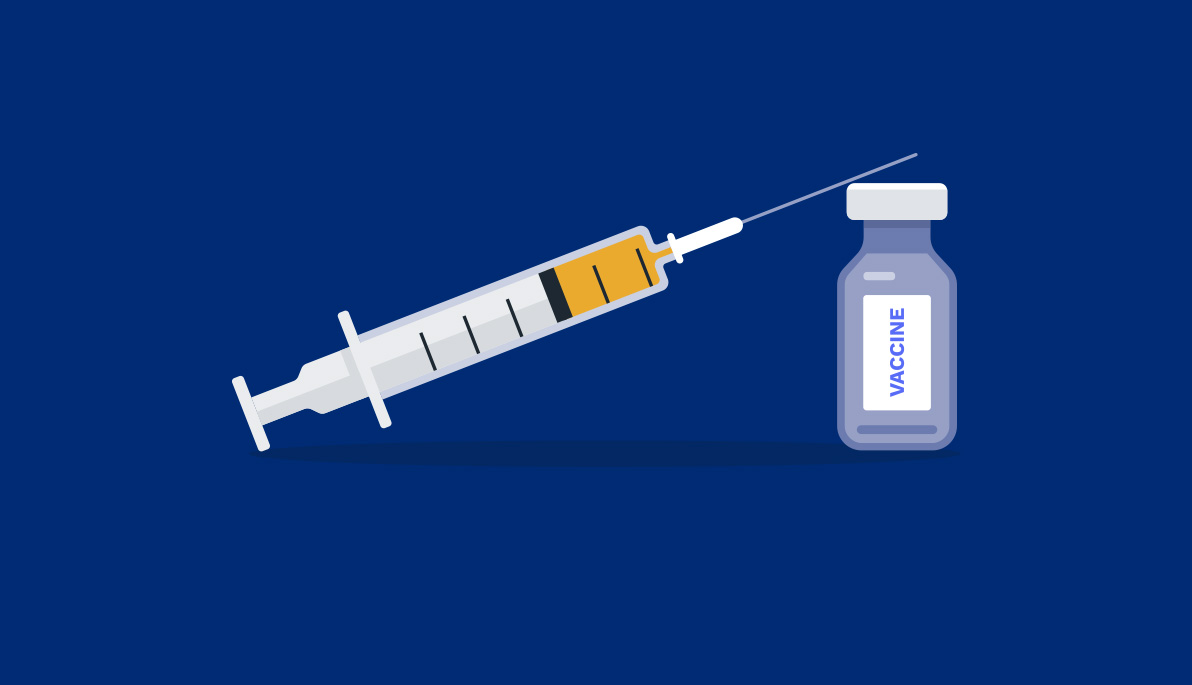 Carl Abraham, M.D., assistant professor of clinical medicine at the College of Osteopathic Medicine-Arkansas (NYITCOM-Arkansas), debunks myths about the flu vaccine and explains why everyone should get vaccinated.

We’ve all heard plenty about vaccines over the last few months as the COVID-19 pandemic has shown what a crucial role they play in limiting and fighting disease.

As we reach early fall, another vaccine conversation has emerged. It’s time for everyone to get vaccinated against the flu, and in the midst of an ongoing global health crisis, it’s more important than ever to get the flu shot.

I get at least one flu shot every year. Other than the occasional sore arm, I never have side effects, and with one exception, I have not had the flu in decades, despite treating many people with influenza.

A few years ago, I contracted influenza from a young man in his 30s who was dying in the ICU. He was immune suppressed after an organ transplant, and his immune system could not keep up with the virus that was overtaking his body, causing multi-organ failure. Despite all efforts, he was lost to us, his family, and friends, who all knew one thing: this was a preventable death because whoever gave him the flu probably was not vaccinated against it.

To save as many lives as possible, it’s very important that as many people as possible get the flu shot. To that end, I’d like to dispel some flu shot myths so more people feel safe about it.

False. There is no virus in the flu shot, and one can’t get the flu from it. Flu shots only contain certain proteins that prime our immune systems to recognize the influenza virus quickly enough to stop the virus from causing illness; flu shots make us immune to influenza.

There is a live, attenuated influenza vaccine (LAIV) that is given as a spray up the nose. Compared to the flu shot, this intranasal LAIV is given to far fewer people. The flu virus in these vaccines has been handicapped to prevent illness in those with intact immune systems. Therefore, it can’t be given to those with immune suppression, and there are several other categories of people who can’t receive it.

All flu vaccines cause an immune response, the symptoms of which vary from none to fever, chills, and body aches for about 24 to 36 hours. It is short, self-limited, and rarely is severe enough to cause one to miss work or school. That’s not the flu. It’s the immune system declaring that it’s getting primed to recognize the influenza virus and protect one from future illness.

Myth #2: Everyone who gets the flu has a miserable illness.

False. Influenza is an illness with a wide array of symptoms. About 20 to 40 percent of those infected with influenza are asymptomatic (have no symptoms) and do not realize they are infected and contagious. For those who get sick, symptoms include the classic flu “triad” fever, headache, and cough, as well as stuffy nose, severe fatigue, muscle aches, nausea, vomiting, and diarrhea.

In most people, influenza causes pneumonia, the severity of which varies both on the burden of the infection (how much virus is replicating inside the body) and one’s immunity to that year’s circulating strain. In some persons, the pneumonia is severe enough to require hospitalization, intensive care unit admission, or death.

The number of people who die from the flu—from 12,000 to 52,000 persons every year—depends on how many people get it and pass it on to others. In contrast, the more people who get the flu shot, the less the flu is transmitted from person to person. So fewer people are hospitalized, and fewer people die.

Myth #3: Those with allergy to eggs shouldn’t get the flu shot.

This is also true of the flu shot, and during flu season, hospitalization for severe influenza is very common, while anaphylaxis from the vaccine is rare.

Myth #4: The flu won’t really hurt me and natural immunity is better than the shot.

Absolutely False…and dangerous. Because strains of influenza change year to year, many people are not immune to the circulating virus, and only yearly vaccination can prevent the flu. As mentioned before, tens of thousands of people die of the flu every year. Complications of influenza—such as inflammation of the heart (myocarditis), brain (encephalitis), muscles (myositis, rhabdomyolysis), and multi-organ failure—may be life-threatening or cause permanent disability.

In 2018, there were 31.4 million clinic visits and 3.1 million days of hospitalization (which together cost $10.4 billion) in the United States due to the flu. Deaths that same year resulted in an estimated 610,660 years of life lost (the years lost if those people had not died and instead lived to their expected lifespan), resulting in an estimated $87.1 billion in losses.

If COVID-19 has taught us nothing else, it’s that we don’t want another pandemic.

Myth #5: The flu vaccine for healthcare providers is optional.

False. We healthcare workers are supposed to treat patients, not harm them. Since influenza can be asymptomatic (so that one doesn’t realize they are infected) but still be contagious, there is an ethical and moral obligation for healthcare workers to get the flu vaccine to prevent themselves from spreading the illness to patients, including the very young, elderly, or those without intact immune systems who may have severe consequences or die of infection.

Myth #6: Vaccination is unnecessary, dangerous, or a government strong-arm tactic.

False. Influenza vaccination is safe. It prevents hospitalizations, ICU admissions, deaths, and permanent disability. It prevents lost days from work, loss in productivity, and profound national economic loss. Vaccination is what we as hard-working Americans expect from our healthcare system to keep this country running. Vaccination is patriotic. What’s unpatriotic? The person who can but doesn’t get the flu shot gets and gives someone else the flu and sends another person to the intensive care unit. Get vaccinated. Save lives.

Now, if we could just tweak that American work ethic a little bit and stop going to work, wear masks, and socially distance when we are sick, we just might beat the flu (and the common cold), too.