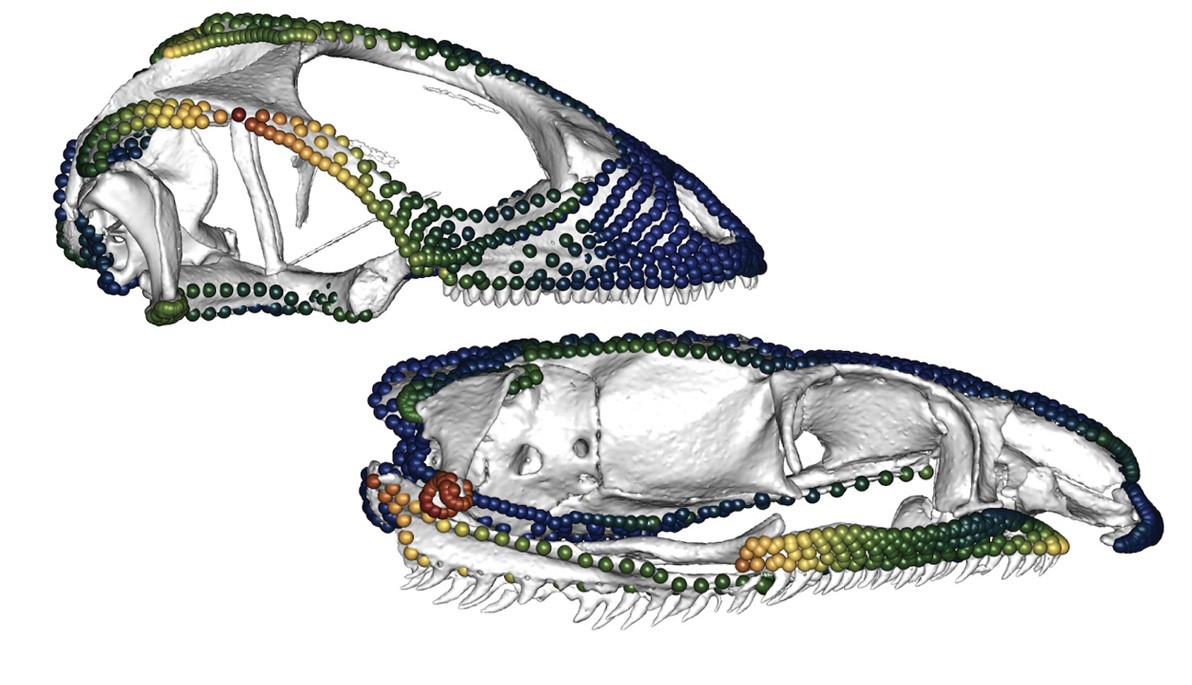 Pictured: Different parts of lizards’ (top) and snakes’ skulls underwent intense evolution. The areas in warmer colors illustrate the parts of the skull that evolved rapidly over 150 million years of their evolutionary history.

You are what you eat. Or so the saying goes. When it comes to squamate reptiles (namely lizards and snakes), what they ate as well as where they lived may have had an impact on how their skulls evolved. Factors like diet and habitat have driven squamate reptile skull shapes to differ across myriad species as they evolve. These factors also may have had an impact on how the different bones that make up the whole skull evolved.

Akinobu Watanabe, Ph.D., assistant professor of anatomy at NYIT College of Osteopathic Medicine, led a team of collaborators interested in discovering how diverse skull shapes in lizards and snakes evolved. Watanabe spearheaded the project while he was a research associate at the Natural History Museum in London. This study, across living and long-extinct lizards and snakes, was the result of a team effort, including collaborators and museum specimens from around the world. His work, which published in the Proceedings of the National Academy of Sciences, is part of a larger project looking into the evolutionary dynamics of skull shape across all tetrapods, a very large group that includes amphibians, reptiles, birds, and mammals.

Watanabe sat down with The Box to discuss his research, which required the team to use new technologies and develop computational tools that allowed them to collect, analyze, and visualize how the skull evolved in unprecedented resolution.

Why squamates? How does the evolution of lizards and snakes contribute to your field—and what do you think others can learn from your findings?
Squamates are a very diverse group represented by over 10,000 known species of lizards and snakes worldwide. The group also includes many ancient members like the “sea monsters” or mosasaurs that you often see depicted with dinosaurs (but they are not dinosaurs!). We chose to study squamate reptiles because of their sheer diversity in skull shape, the most obvious being the differences between the skull of typical lizards and snakes. Even when you look within lizards or snakes, we see uniquely adapted skulls, such as the armor-like skulls of burrowing worm lizards (amphisbaenians), the extravagant head ornamentations in corytophanid lizards, and short, robust skulls of the snake Dipsas in Central and South America that specializes in eating snails. 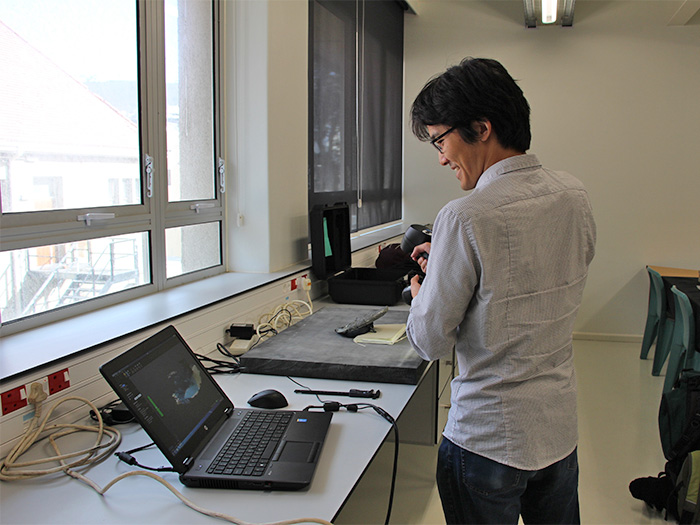 In our study, we show that diet and habitat influenced the way skulls evolved in both lizards and snakes but in different parts of the skull. We also found that some regions of the skull evolved in concert, meaning that changes in one region influences the way another region evolves. Although lizards and snakes look very different from each other, we found that the same set of regions have evolved in a concerted way. Taken altogether, this means that incredible shape diversity could be cut from the same cloth depending on how natural selection acts on certain parts of the skull.

Can you give us some examples of the squamates you examined?
We set out to sample the full spectrum of differently shaped skulls of lizards and snakes. Some of the most peculiar ones are the smooth helmeted iguana (Corytophanes cristatus) with their extravagant head crest, limbless lizards like the Florida worm lizard Rhineurus that dig their shovel-like heads underground, and the highly mobile skull of mouth-gaping snakes. Beyond modern lizards and snakes, we also collected data of fossil lizards that show completely unique skull shapes—the most notable being the marine mosasaurs that lived at the same time as dinosaurs.

What is it about the skull’s evolution in particular that is significant in terms of squamates’ evolution?
One of the fun analyses we did in the study is to guess what the ancestor of all snakes looked like by running the evolutionary trends back in time. The estimated skull shape closely matched the skulls of living snake species that live on and underground, suggesting that the genesis of snakes took place in terrestrial environments, rather than in aquatic habitats as proposed previously.

Will your research influence your teaching? If so, how does understanding snake origins/snake skull evolution relate to medical students’ study as future physicians? Our study reinforces the idea that wonderfully diverse and unique forms can originate through evolutionary processes on largely conserved body plans. When teaching human anatomy to medical students, the entire Anatomy faculty at New York Institute of Technology and I bring examples from our expertise on other animals on why anatomical structures are the way they are in humans. Although you won’t see these deep evolutionary stories in our exams, I believe our teaching leads to a better appreciation for and interest in the anatomy they are studying. Practically speaking, it also makes the structures easier to remember!

Tell us about the technology. How was the team able to collect so many data points? What new tools did you develop to achieve this? We used two modern approaches to scan the specimens and build high-resolution 3D models of the skulls. First is x-ray micro-computed tomography (µCT) imaging, which is a higher energy version of the CT or CAT scans used in hospitals. Our team also took advantage of recent advancements in portable laser surface scanners that rapidly produce 3D models in color. To quantify and analyze the shape of skulls, we used a large number of 3D points to represent the individual bones that make up the skull. To achieve this, our team adapted the latest computational tools and had to develop our own programs. It took multiple years to establish the infrastructure to collect, refine, and analyze these high-resolution datasets.

What is the significance to the scientific community that the dozens of specimens you digitized are now available for broad use at no charge?
Making both the digital skull data and the article openly available to scientists and the public is important for many reasons. Not only does it make our study reach more people, but open access promotes scientific progress, reproducibility, equity in research and education, all while giving back to the public who supported our research. For example, anyone can freely view and download the skulls we scanned by visiting Phenome10k (phenome10k.org) and decide to 3D print these skulls for research, education, or simply for fun! 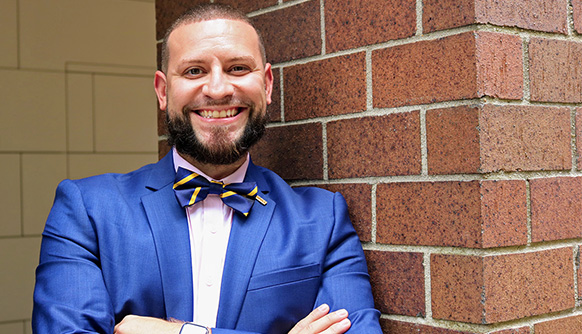 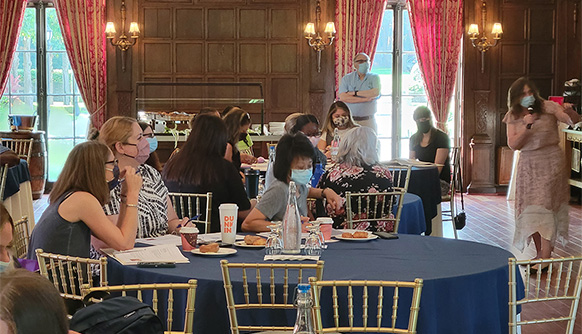 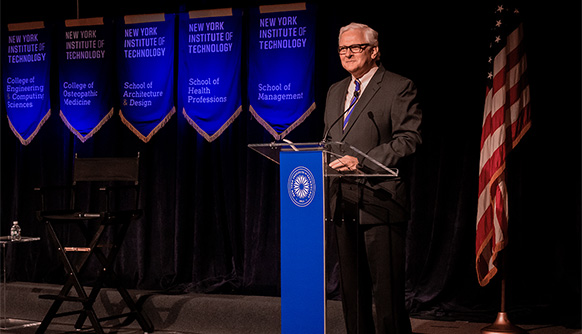