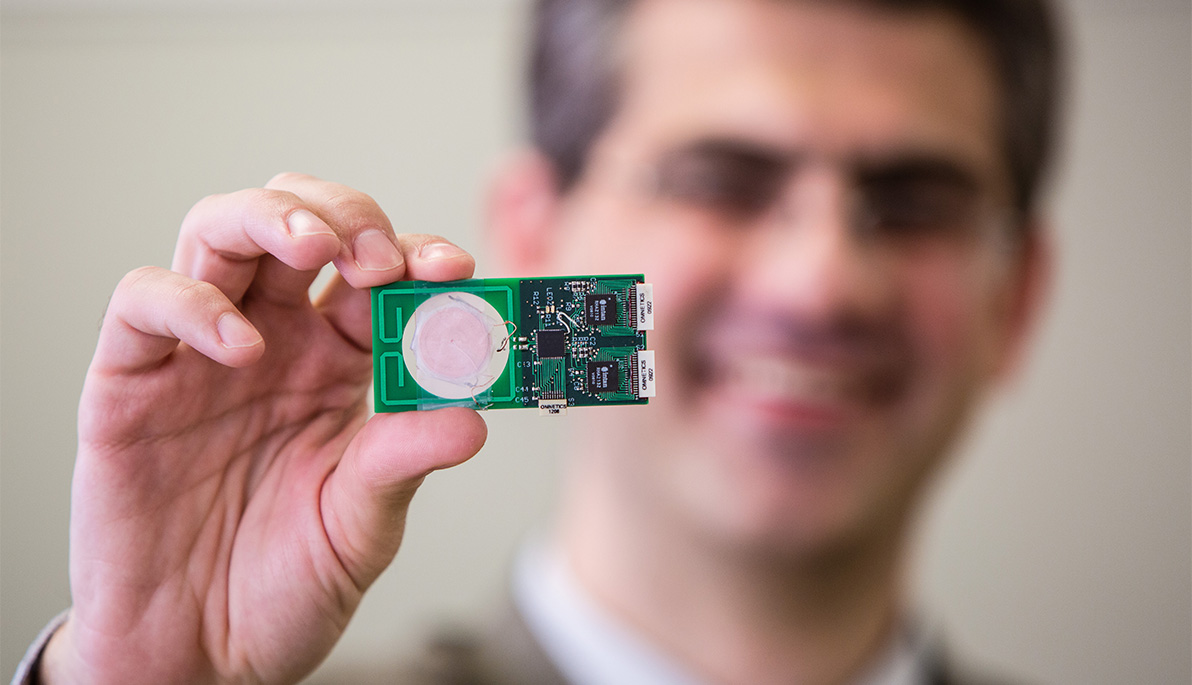 Epilepsy affects nearly three million Americans, but did you know that as many as a third of patients do not respond to anti-seizure drugs? A major area of epilepsy research focuses on implantable devices that can predict, monitor, or prevent seizures from occurring. N. Sertac Artan, Ph.D., assistant professor of electrical and computer engineering in NYIT School of Engineering and Computing Sciences, is designing circuits and systems that can more accurately and efficiently detect and prevent seizures, and which can be used in other neurological diseases.

“Current detection methods are very crude and don’t give us the full picture,” says Artan. “There are methods in development that can do a much better job and have much higher resolution of detection.” But there’s a problem: “They don’t have an adequate power supply to make them implantable.”

Replacing a battery in an implantable device is not like changing one in a hearing aid. It requires surgery. Artan says it’s important that an implantable device has power that lasts for a few years. His research focuses on enabling devices to last longer—thereby making them feasible for clinical application—by developing a method to charge and power them “wirelessly”—a process similar to how you might wirelessly charge a cell phone. 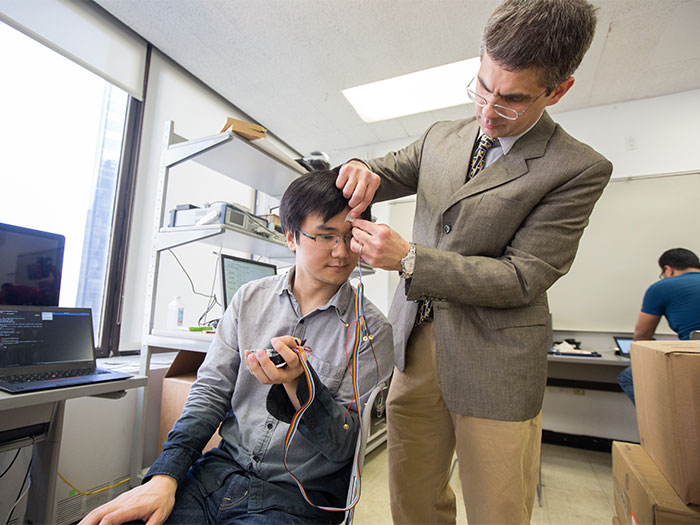 Battery life also has a significant impact on the capabilities of an implantable device. “Current devices work better on seizures that are more localized in the brain,” Artan explains, “while seizures that are more distributed or complex are harder to detect. If you want to look at a lot of areas on the brain or you need to do it frequently, you need a bigger battery.”

Artan works with engineering graduate students on research to detect seizures and on systems that use lower power. Two undergraduate students are also helping him with a project using similar technology (although not implantable) for sleep apnea.

So far, Artan has had success reducing the power consumption significantly while providing comparable detection. The result? “You can have more of these devices in the same area in terms of circuit size or battery size, which helps solve the problem of having a more complete view of what’s going on in the brain,” he says.

This story originally appeared as part of the feature “Bio + Tech = a Healthier Future” in the Summer 2018 issue of NYIT Magazine.